Ever found yourself reading an article on the web and realized a few paragraphs in that you had actually stumbled upon a paid advertisement? That's not an accident, and John Oliver is not a fan.

On the latest episode of "Last Week Tonight," Oliver examined the way online news has changed the relationship between advertising and editors. Whereas once there was a "church and state" rule when it came to sponsors and editorial content, there is now a much blurrier line, one that Oliver feels is corrupting our news.

Not everyone agrees, however. Oliver rolled a clip of New York Times executive Meredith Levien defending the practice, saying, "Good native advertising is just not meant to be trickery, it's meant to be a publisher sharing its storytelling tools with a marketer." To which Oliver replied, "And that's not bullshit, it's repurposed bovine waste."

But, as he points out, there's a lot of blame to go around. "This is all at least partially our fault," Oliver noted, near the end of the segment. "A press cannot be free and independent if nobody is willing to pay for it, and it seems nobody is going to."

Fortunately, he had a solution in the form of a new kind of ad, including a brilliant suggestion for Diet Coke.

PHOTO GALLERY
10 Ridiculous Ads That Will Make You Say WTF?!
Voting Made Easy
Register to vote and apply for an absentee ballot today
Register now

John Oliver Rails Against Advertising In The News: 'That's Not Bullshit, It's Repurposed Bovine Waste'
10 Ridiculous Ads That Will Make You Say WTF?! 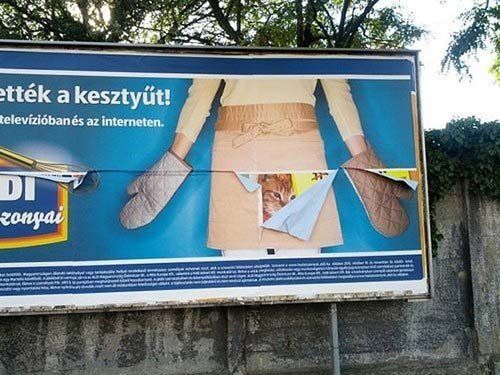