John Oliver roasted one of Latin America’s most sensitive presidents on Sunday for attempting to confront his critics on Twitter.

The segment poked fun at Ecuadoran President Rafael Correa, whose government has launched an effort to rally its supporters to gang up on critics who use social media to insult the president.

Oliver portrayed the campaign as beneath the dignity of a president, rolling footage of one of Correa’s weekly broadcast messages in which he lambasted an 18-year-old Twitter user for his insults and calls to violence.

“Oh, 18, so young, so immature -- unlike me the 51-year-old head of state who is currently attacking him in public,” Oliver said of Correa. “To be fair to him, that 18-year-old had expressed a hope that Correa would die, but Correa should have people that take care of that sort of thing for him, rather than spending -- like he did -- nearly 15 minutes calling out online trolls.”

Oliver urged the leftwing president to rise above the criticism, noting that his own experience of getting insulted on stage as a comedian had only made him a stronger person.

“You need more abuse to tip you over the edge,” Oliver said. “Allow me to help you right now.”

Ovilver then launched into a much harsher dressing down than Correa is likely to see on social media.

“Don’t get offended by this Correa,” Oliver said, after ripping into Correa, “because if your skin was any thinner, you’d be a taint.”

Correa, long known for his criticisms of the Ecuadoran media, recently launched an initiative to confront critics on social media, focusing on those who use Twitter and Facebook to lash out at the president or threaten violence against him, according to Fusion.

The Ecuadoran government established a virtual community last month called “Somos Más” -- or, “There are more of us” -- that has a section for publishing the names, photographs and Twitter handles of people who insult the president or other government officials, the Fusion report says. Users then gang up against the critics on social media.

Despite his sensitivities, Correa has long used his Twitter account to insult his political opponents, who he sometimes refers to as “envenenados,” or “poisoned ones.”

His first tweet, published in 2011, read: “Hello Everyone, I’m in a meeting more boring than dancing with the mother-in-law, later I’ll write, I love you all very much, especially the poisoned ones!”

The tension over social media comes amid longstanding conflicts between the Ecuadoran president and the press. Correa has long accused the media of treating him unfairly and spreading misinformation about his administration.

"We won't tolerate abuses and crimes made every day in the name of freedom of speech,” Correa said in 2012, according to The Guardian. “That is freedom of extortion and blackmail.”

The Committee to Protect Journalists, on the other hand, has repeatedly criticized Correa’s handling of press issues and the passage of a media law that the organization says restricts press freedom.

“Since Ecuador's restrictive Communications Law was implemented in 2013, it has acted as a straitjacket for the media,” the group writes on its website. “Newspapers are fined, editors self-censor, and President Rafael Correa sues and constantly ridicules journalists.”

Watch the John Oliver segment above. If you’d like to tell President Correa what you think of it, his Twitter handle is @MashiRafael.

John Oliver To Ecuadoran President: 'If Your Skin Was Any Thinner, You'd Be A Taint'
Why We'll Miss Uruguay's Awesome President 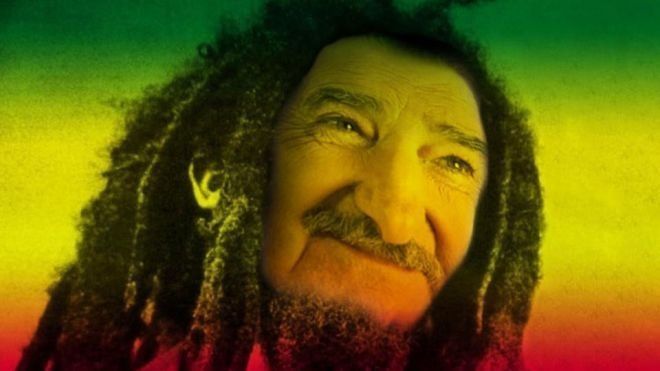 1 / 13
Because he legalized marijuana sales
Uruguay's trailblazing president <a href="https://www.huffpost.com/entry/uruguay-legalizes-marijua_n_4415245" target="_blank">signed legislation last year creating the world's first national, government-regulated marijuana market</a>. <br> <br> <a href="https://www.huffpost.com/entry/mujica-legalize-marijuana_n_4373924" target="_blank">Mujica championed the idea</a>, saying that it would wrest power away from drug cartels and allow the government to focus on the issue as a public health matter rather than a criminal one. <br> <br> "We ask the world to help us create this experience," Mujica told Brazilian daily A Folha de São Paulo last year. "It will allow us to adopt a socio-political experiment to address the serious problem of drug trafficking... the effect of the drug traffic is worse than the drug."
Facebook