When an allegedly corrupt official comes at you with a dramatic movie and some accompanying dramatic music, you either back down or you stand up. John Oliver just stood up.

The “Last Week Tonight” host responded on Sunday to his new archenemy, indicted former FIFA vice president Jack Warner, who posted a video last week in response to Oliver’s recent declaration on Trinidad TV, in which he told Warner to divulge his secrets.

Instead of focusing on the content of Warner’s message, however, Oliver focused on the comically dramatic backup music, noting that the song, “Ash” by The Secession, is the first song that pops up if you Google “epic and dramatic music.”

Oliver then gave The Onion fan a taste of his own medicine, putting on the same dramatic song and launching into a dramatic monologue.

“It is I, the comedian fool," he said. "Jack, we’re a lot like, you and I. We both know this particular music makes anything we say sound a lot more impressive than it actually is, and we both have our flaws. People have said I’m not a good listener, for example, just as I’ve said that you diverted $750,000 in Haiti relief funds into a bank account you controlled.”

Then, Oliver went one step further.

“I see your music choice and I raise you fire. [Fire appears] Your move, Jack! Your move! Either respond to me by this time next week with a more spectacular video than this or I will I will accept your graceless defeat.” 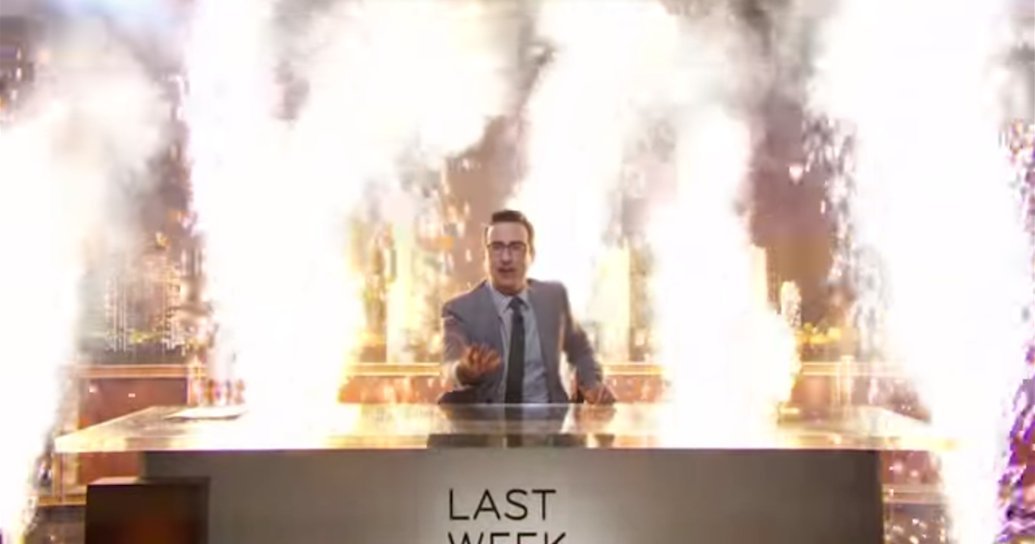 We look forward to the next chapter in this war.