This has been one of the deadliest climbing seasons in history on Mount Everest, with 11 climbers dying as crowded conditions choked the route to and from the summit.

As John Oliver pointed out on Sunday’s “Last Week Tonight,” a big part of the problem was the large number of inexperienced climbers who had no business being on the mountain but were hoping for bragging rights. Meanwhile, sherpas do most of the work and face most of the risks, which as Oliver pointed out, makes their job one of the most dangerous on the planet.

“If your friend ran a marathon, but only because someone else ran 1,000 miles back and forth bringing them Gatorade and carrying a dining table, you might not cheer quite so hard at the fucking finish line,” he said.

One reporter on the mountain attempted to ask a sherpa about the ethics of paying them to risk their lives as guides. When the sherpa said he considered the climbers to be like family, the reporter quickly hugged him.

“That is not the warm embrace of family,” Oliver said. ”That is one man physically squeezing the white guilt out of another.”

But there is an ethical way to climb Mount Everest, take the perfect photo and never risk a single life. Oliver shared his plan in the clip above, or you can simply visit his new website: TheTopOfMountEverest.com for the perfect Instagram without leaving home. 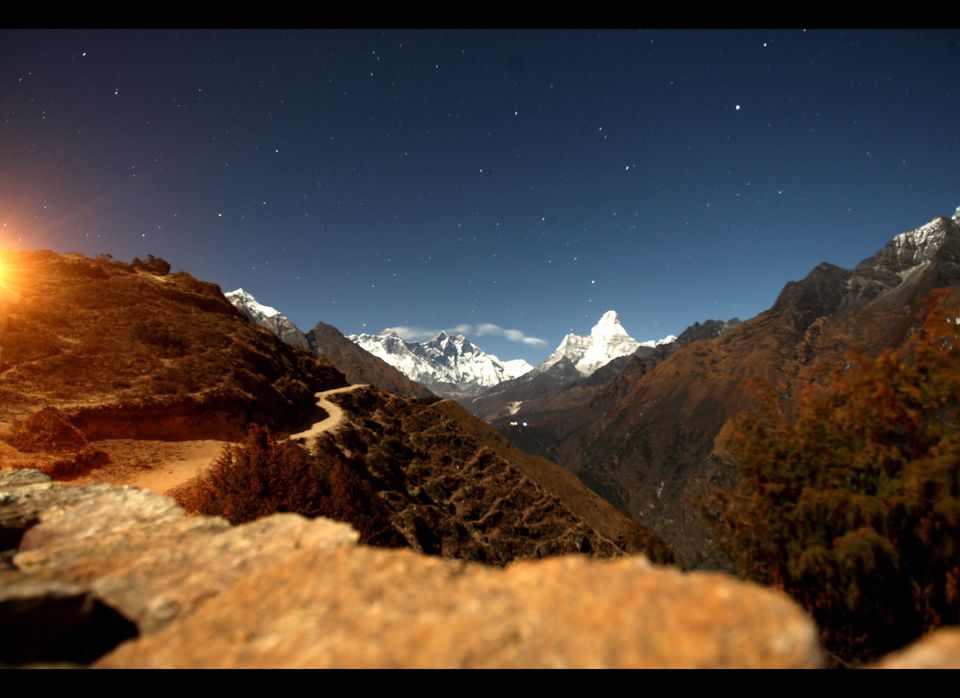