John Oliver is certainly known for “destroying” topics including Donald Trump, the pharmaceutical industry and FIFA on his HBO show, “Last Week Tonight.”

Now in this exclusive clip provided to The Huffington Post, you can watch Oliver’s hot-baked takes on pies, just hours before Thanksgiving begins.

“Yes, pie — not to be confused with quiche, which is pie’s high maintenance cousin who went to finishing school and owns monogrammed flatware,” Oliver says to begin the segment.

The host goes on to claim “pies are a culinary emblem of a nation’s culture,” citing America’s apple pie as an example. He then jokes that for Germans, their emblematic pie is represented by “Germany’s signature empty crust signifying man’s natural state of existential despair.”

Before the closing of this clip, Oliver discounts savory pies entirely, stating they are not “pies at all.”

The video below is just a teaser for a longer segment on pies that you can watch only if you purchase Season 3 of “Last Week Tonight” on Google Play. 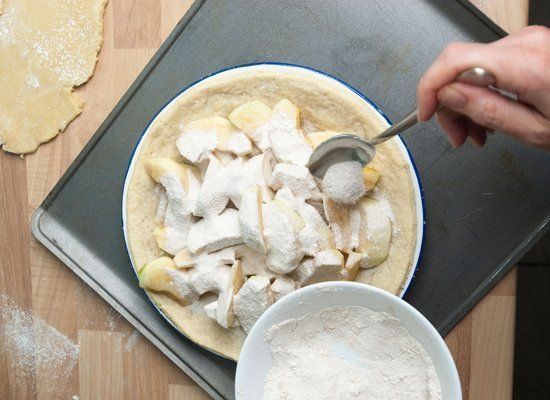 1 / 12
Problem: The pie has a soggy bottom. (That's the worst.)
Soggy crusts ruin otherwise awesome pies. This can happen as a result of underbaking, using a filling that's too watery, or a combination of both. Here are a couple of solutions: to prevent underbaking, make sure to bake your pies until absolutely golden brown and the filling is bubbling. To prevent watery fillings, try adding a light dusting of flour or ground nuts to the bottom of the pie. The flour absorbs excess liquids the filling might release. Another option is to brush the pie dough with a beaten egg white -- it'll form a somewhat impermeable layer that helps keep excess juices from turning the crust soggy.
Alamy