"I think the decision is solid and it stands and we plan to move forward," Pistole said, according to the AP.

PREVIOUSLY: TSA chief John Pistole isn't backing down. He told ABC News Wednesday that despite increasing uproar over the TSA's plans to allow certain knives and sporting equipment in carry-on bags, the agency has no plans to change the policy, which goes into effect April 25.

"I have to make sure that TSA's focus is on those things that are most destructive to the aircraft," Pistole told ABC. "It is not pocket knives. It is those non-metallic improvised explosive devices, the bombs that are very small. They are concealable and they are well designed." The Wall Street Journal reports that Pistole will testify to the House Homeland Security Committee on Thursday to defend the decision.

In recent days there has been growing resentment both among flight attendants and the airlines. Last week, the Flight Attendants Union Coalition, which represents nearly 90,000 flight attendants, stated that it was coordinating a nationwide campaign to work to reverse the policy, saying in a statement to the Associated Press, "The continued ban on dangerous objects is an integral layer in aviation security and must remain in place." Delta CEO Richard Anderson sent a letter to Pistole late last week expressing "legitimate concerns" about the policy; US Airways CEO Doug Parker asked the TSA to reconsider, stating the knives "might place our flight attendants' safety at risk" and that a "more thoughtful" approach might have included speaking the airlines and their flight crews first; and Will Ris, American Airlines' senior vice president for government affairs, said earlier this week that government officials should "reassess" the TSA's edict.

So what do you think? Leave it in comments, and if you need a reminder of what's being allowed in planes starting April 25, check out the diagrams courtesy of the TSA below. 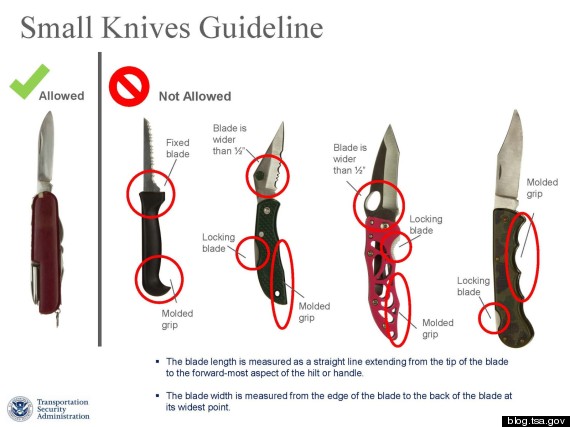 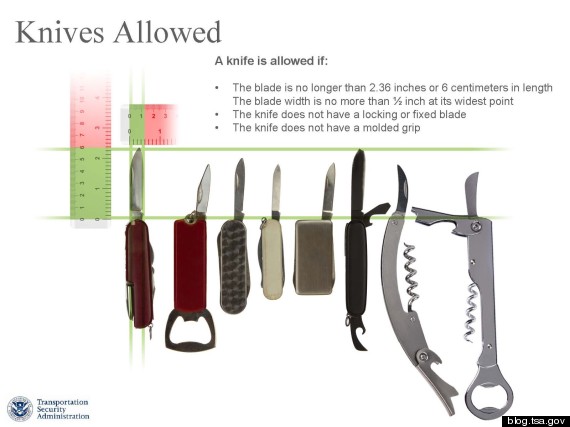 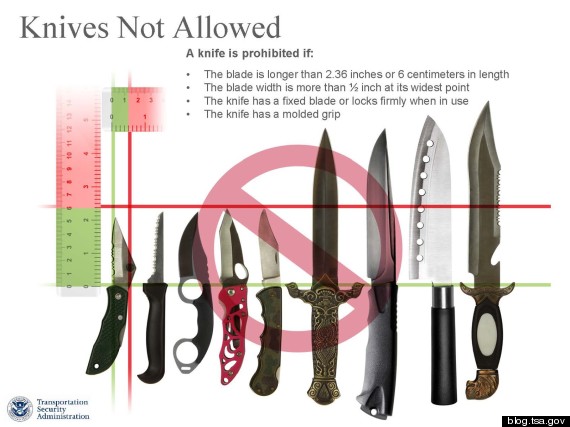 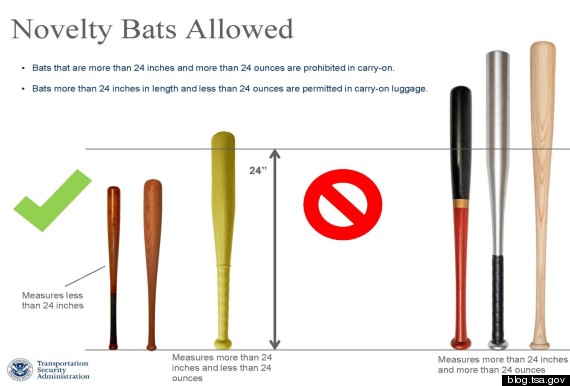 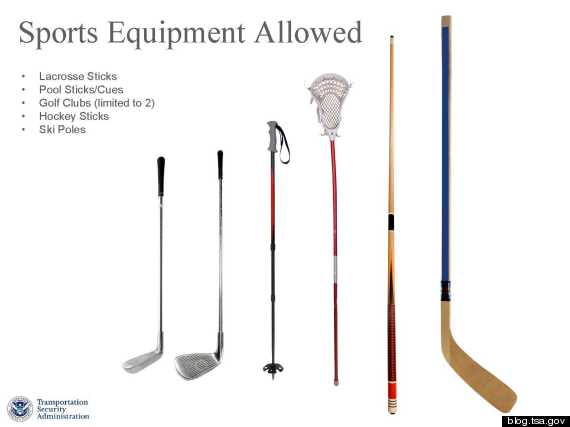