The Simon Wiesenthal Center, an international Jewish human rights organization, condemned West Virginia GOP Senate candidate John Raese on Thursday for his equation of a smoking ban to Hitler's policy of forcing Jews to wear the Star of David.

“This inappropriate comparison betrays an ignorance of what really happened in Nazi Germany, and demonstrates a callousness to the millions of Jews murdered by Hitler’s Third Reich,” said Rabbi Abraham Cooper, Associate Dean of the center, and Mark Weitzman, Director of Government Affairs. “It compares signs that are meant to protect people’s health with the yellow stars designed to dehumanize and degrade millions of Jews by a racist, genocidal regime,” they added. The group is named after the late Holocaust survivor who after World War II tracked down Nazi fugitives.

“The Simon Wiesenthal Center has spoken out against the manipulation and distortion of the Holocaust for political purposes in the past by the left and right, and we hope that Mr. Raese’s colleagues and fellow citizens in West Virginia will register their disgust at this inappropriate analogy,” concluded Weitzman and Cooper.

Speaking April 12 at a Lincoln Day Dinner in Hurricane, W.Va., Raese said, "But in Monongalia County now, I have to put a huge sticker on my buildings to say this is a smoke-free environment. This is brought to you by the government of Monongalia County. Okay?" he said. "Remember Hitler used to put Star of David on everybody’s lapel, remember that? Same thing."

Raese, however, isn't backing down. According to the AP, he said he didn't care about the Wiesenthal Center's reaction and said he was just "reciting history." He told the Charleston Gazette that he later discussed Nazi anti-smoking regulations and stood by his remarks: "I don't see anything that's incorrect in any of the statements I made. It's all very factual."

Raese is running against Sen. Joe Manchin (D-W.Va.) in a rematch of a 2010 special election for the replacement of late Sen. Robert Byrd (D-W.Va.) Raese, a wealthy businessman, has run three times before for U.S. Senate.

Click through to see some of Raese's comments from his 2010 race: 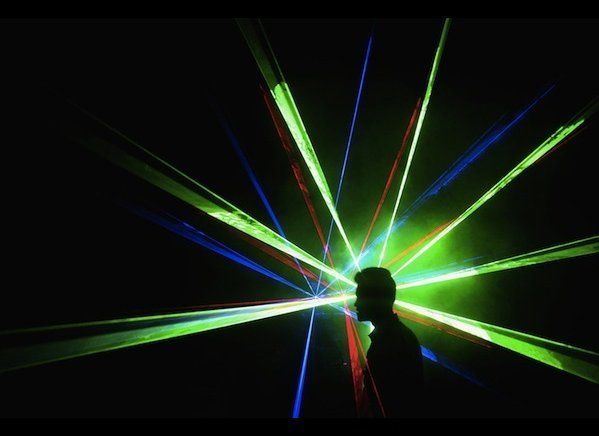