I've been enjoying Game of Thrones since the beginning and I've been recommending the books to all my friends who haven't read them. I think Martin is an amazing novelist and the writers of the series have done a super job of taking his very complex books and streamlining them for television.

My spouse finished the novels before I did (I'm not done) and knew Jon Snow would die at the end of last season's show. That was a surprise to me.

But as a mystery author, I felt sure Snow would come back from the dead. The Red Lady was on the scene and she could kill long distance -- so why couldn't she raise someone from the dead up close and personal? 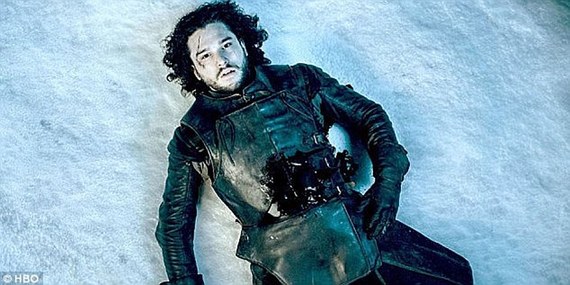 That's in fact what happened last night -- but it couldn't have been less dramatic. Seriously. She slo-mo washed the corpse which gave us a better look at his hunky body and loin cloth (well, that was dramatic, I guess). Then she just happened to remember that cutting his hair and trimming his beard and throwing hair in the fire would work. No mani-pedi or aromatherapy? 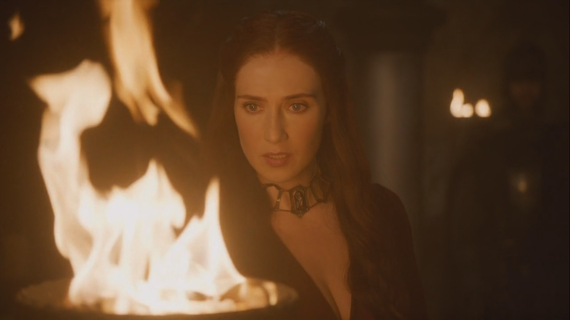 And she didn't have to look up any spells in Raising Seven Kingdoms Dead for Dummies. Despite having said she's never done it before. Major props. Not bad for a first timer.

If the repeated shots of the handsome corpse didn't give it away from the beginning of the season's opening episode, the focus on his direwolf Ghost last night telegraphed what was going to happen and drained the last scene of real tension. The melodramatic music on top of that felt hokey and the scene went on for way too long.

Real drama this season? Tyrion freeing the dragons with wit and feeling. Theon killing his way to the top (twice!). Brienne of Tarth and Sansa exchanging oaths. Those were the writers at their subtle best. This scene just felt tired.

Lev Raphael is the author of 25 books in genres from mystery to memoir which you can find on Amazon.