John Steinbeck IV was first in Saigon in 1965. He served as a war correspondent for the US military after being drafted. It was not really his choice. His father, a great supporter of the war who had recently been in Vietnam on a fact-finding trip at the request of LBJ, essentially bullied his son into serving rather than resisting the draft. After his discharge, young Steinbeck returned to Vietnam in 1968 and founded Dispatch News Service with Sean Flynn (yes, Errol's son) and others. They broke Sy Hersh's Mi Lai story and won a Pulitzer for it. Sean Flynn was killed while on a photo shoot in Cambodia.

Sam met John in 1970 on his own fact-finding trip. 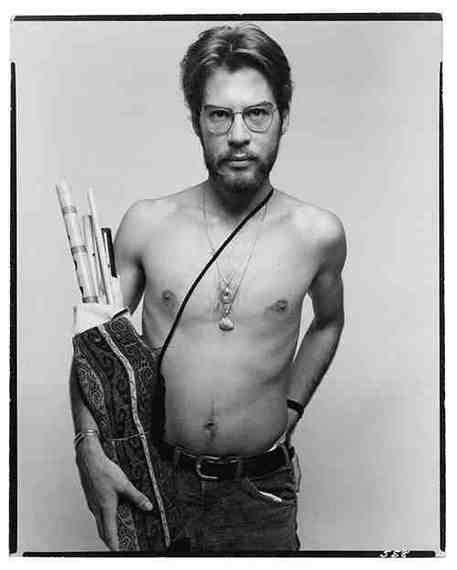 John was a serious Buddhist and took Sam to visit his teacher, the Coconut Monk, at his floating pagoda in the Mekong Delta. They rode through rice fields on a motorbike driven by John, his orange monk's robes flying in the wind. At one point, they heard rifle and heavy arms fire. Sam leaned forward and shouted in John's ear, "Who is shooting at us?" to which John turned his head and replied, "Don't know. Could be them. Could be us."

John was also a serious drinker and seemed to know every bar and opium den in Saigon.

Here is the Coconut monk. And really, who wouldn't have him as a mentor? 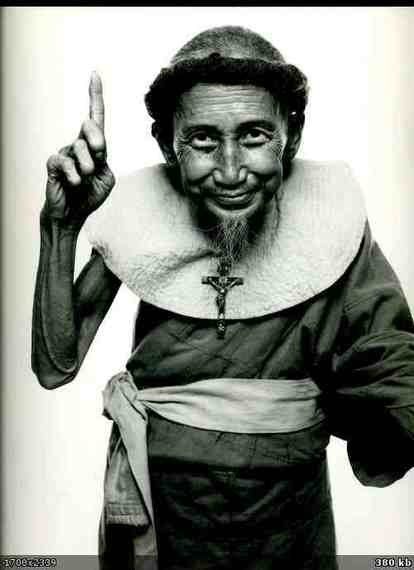 The coconut monk's pagoda was decorated with Christian, Buddhist and miscellaneous other religious symbols reflecting his eclectic approach. 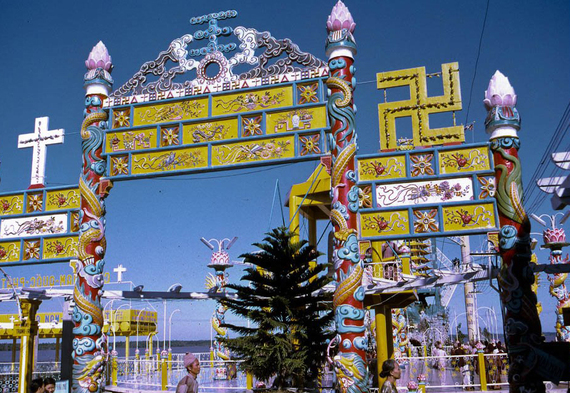 Eventually the waters nearby became home to many draft dodgers/AWOL soldiers and others seeking refuge from the war. At one point, the monk became a peace candidate for President of Vietnam (meaning for him at the time, South Vietnam). His candidacy was hardly noticed.

And, of course, he lived entirely on coconuts -- as you would.

After the war, his followers were declared to be a cult and his religion abolished by the government.

I met John when he moved to Boulder after the war to study with Trungpa Rinpoche (and Alan Ginsberg and the young William Burroughs). He was struggling with drug and alcohol addiction. It was a struggle he ultimately won, but he died at 44 from complications of a simple operation.

This picture of John with the Coconut Monk was taken, probably in 1969, by Sean Flynn. 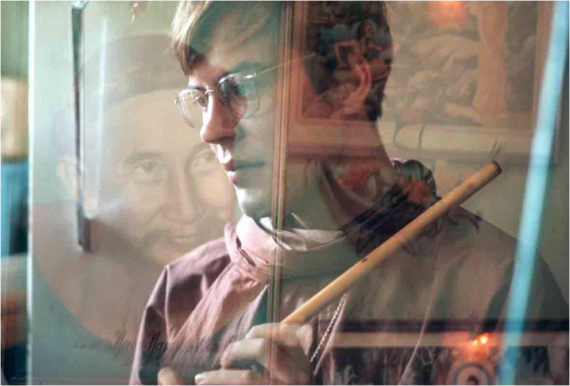