Ask John Urschel to define himself, and this is the sort of answer you’ll get: “John Urschel, pro football player, mathematician, professional mathlete.”

To put it mildly, Urschel is a rare commodity. He’s 6 feet 3 inches tall, a 308-pound offensive guard for the Baltimore Ravens and a man who once stated matter-of-factly that he loves "hitting people.” But he’s also a 24-year-old with ambitions of obtaining a Ph.D. in mathematics after his football career ends. (Specifically, he hopes to continue his research in numerical partial differential equations and machine learning, if that means anything to you.)

By the look of things, that won’t be impossible. Urschel already holds a master’s degree in mathematics from Penn State, where he earned a 4.0 grade point average. And last December, he and a team of researchers submitted a paper entitled, “A Cascadic Multigrid Algorithm for Computing the Fiedler Vector of Graph Laplacians.” The paper was accepted into Journal of Computational Mathematics earlier this year. 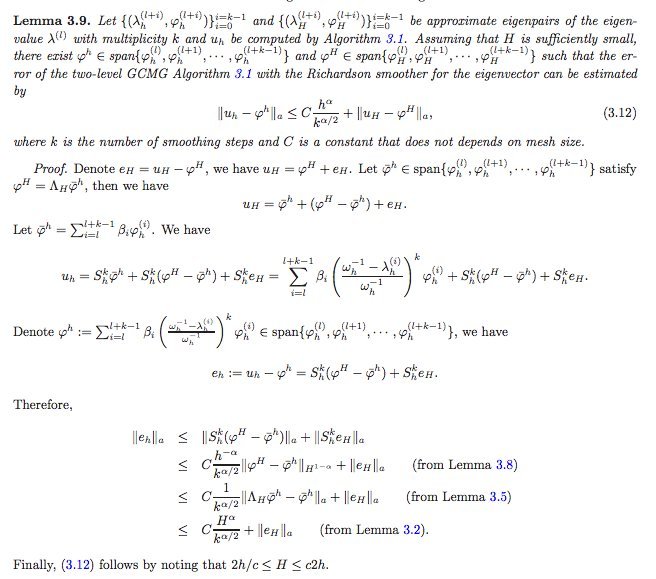 A portion of Urschel's paper, “A Cascadic Multigrid Algorithm for Computing the Fiedler Vector of Graph Laplacians.”

Urschel understands that he’s a bit of a statistical oddity, but he doesn’t think that his two passions stand in contradiction with one another. "There’s no contradiction when it comes to [my love of] football and math,” he told The Huffington Post in a recent sit-down conversation.

“I think they’re complementary in a sense," he said. "Football really speaks to this competitive side of me, this aggressive side, whereas mathematics speaks to this side of me where I’m really curious and want to know why." But Urschel knows not everyone shares his passion for math, and he believes he knows why, too: We’re not properly explaining to young children where a love of math can take them.

"One thing that really limits the amount of people that major in math is that growing up, kids don’t know what math majors do,” he said. “They think about a major in mathematics and they imagine just doing calculus for four years. Or just more factorization. And this isn’t what it is at all."

"What I see in math and what I wish a lot of young people would see is how it’s rooted in reality," said Urschel, who spoke with HuffPost as part of his partnership with software developer Persado, a New York-based company. "Mathematics is underlying so many things in our everyday life, and mathematicians are in such great need."

That’s true, particularly in Urschel’s favorite area of mathematical study: applied mathematics, which focuses on the real-world applications of math. That need leads to good money too. Applied mathematics ranked fourth among college majors by pay in a recent survey published in USA Today and 16th when it came to how quickly a major pays itself back, according to a separate survey by PayScale, a salary research firm.

"The way that our world is moving, the way it’s becoming data-driven, the way that it’s becoming more and more modernized -- mathematicians are going to be central to this,” he said. "We’re in a world where we have so much data. It’s abundant, and it’s too abundant. We have all these resources and we don’t know what to do with them.”

That's why, in Urschel's view, "the 21st century is really going to be the century of the mathematician.” But Urschel says math shouldn't only be thought of as a means to a solid job and comfortable life. Fully utilized, knowledge of the subject becomes a way of solving problems both math-related and not.

"You need to take the tools you have and the things you know and your experiences from facing other problems to find the best way to solve this problem and to think through this problem," he added. "And mathematics, all the way from when you’re a little child, all the way through college, is an exercise in training you for this."

CORRECTION: An earlier version of this post incorrectly stated Urschel plays for the Seattle Seahawks. He plays for the Baltimore Ravens. Duh.