You probably know John Ventimiglia by another name: Artie Bucco, the "warm and convivial" owner of Nuovo Vesuvio restaurant on "The Sopranos." The Queens-born actor appeared in 39 episodes of the seminal HBO series, often either serving Tony Soprano (James Gandolfini), arguing with him, or both. Since "The Sopranos" went off the air, however, Ventimiglia has battled something else entirely: typecasting. As the 48-year-old actor told HuffPost Entertainment, he doesn't want to be the "Italian guy who owns a restaurant," and he's tried very hard to avoid those roles.

One of those guys is Drazen, a complicated, small-time hustler at the center of "Ponies." The film -- directed by Nick Sandow and written by Michael Batistick, who both previously collaborated on the play of the same name -- focuses on three immigrants and the combative afternoon they spend together at an OTB in the Bronx. Ventimiglia played Drazen on stage, and brings an intensity to the role onscreen that few actors can match.

Before the limited release of "Ponies," HuffPost Entertainment chatted with Ventimiglia -- or tried to chat, at first, thanks to a terrible cell phone connection ("You pay all this money for these phones and they're as crude as anything," Ventimiglia joked) -- about his new film, how Matthew Weiner might be responsible for the quintessential Artie Bucco moment, and why Wes Anderson is his dream director.

You starred in "Ponies" on stage and now on film. What's the biggest difference between how you approach the performance between the two mediums? Actually, you approach both the same way. It was basically the same cast, except we added Kevin Corrigan. Nick [Sandow] had us rehearse it as a play, but while we were going through that he was working with his director of photography at planning shots. We kind of rehearsed it as a piece again. Then once you're on set, then you're doing takes and you're stopping and all that. But we rehearsed it as a play.

I talked with Michael Batistick, and he mentioned how you really varied your performance between takes, which allowed for many options in the editing room. That's something you can't really do on stage, right? You can. You discover things and you try them out the next night. You're constantly able to experiment. It's kind of the same thing [with film]. Except when you're shooting a film, you're shooting a film. You're conscious of where the camera is and what kind of shot it is and what kind of framing and all that stuff.

"Ponies" is a real throwback movie -- very character-driven, very New York. Does that kind of film appeal to you? I've been fortunate in the last couple of years that I have been in these kinds of filmmaking environments, with people that I really share a common sensibility with. It does have a throwback feel to it, I guess. The films Nick and I grew up watching as kids, the ones that had major impacts on us as we were developing, were films made in the '70s. At least to us. Sometimes when you watch some of the films you thought were amazing, you realize they're knock-offs of other films. But the real seminal films had a lasting impression on the way we viewed filmmaking and acting.

What were they? You know, "Dog Day Afternoon," "One Flew Over the Cuckoo's Nest," "The Conversation," "Taxi Driver." I think I was 10 when I saw that [laughs]. It had a pretty lasting impression. In those days, too, you just went to the movies; you watched whatever.

And now those films are a rarity in Hollywood -- especially at major studios. I think it's a little too much hard work for the audience sometimes. Studios were part of this renaissance until they realized how much money they could make doing easier stuff. I think Nick had the style in mind -- how he wanted to shoot it. We're fans of John Cassavetes and stuff like that. For some people, it's not easy to sit through. There are long takes and not a lot of cutting and characters aren't defined for you so quickly and easily. I find that interesting and hopefully there's a good amount of people that still do too.

What kind of projects come your way now? I get a lot of indie offers. For a while I was getting, "He's an Italian guy who owns a restaurant." Honestly. Those were an instant "no." The blessings of being on a hit show are obvious. It's a dream come true, for any actor, to have that kind of exposure and success. I'm very grateful for people that appreciate that. It's also something that people say, "I know him. I love him! He's the guy with the mustache who's a chef!" That's not how I want to see myself or be seen for the rest of my life.

Was it hard to break away from Artie Bucco after "The Sopranos" ended? It's hard to break out of that. There's always a period. For me, it was a period of a couple of years. I did a lot of plays. I did a lot of TV; episodic stuff. On "Blue Bloods," I had a recurring where I really enjoyed the character. There's a period of a couple of years, where people need to rediscover you and you have to work hard to do other things. I feel like lately I've been doing a lot of films. I love doing films. That's been exciting and the characters are varied.

Matthew Weiner wrote one of the best "Sopranos" episodes for Artie Bucco, "Luxury Lounge." What do you remember about that episode? First of all, they did give Artie a couple of big shows that were written really well. That one in particular. Artie is such a complicated guy: He's uptight, he's emotional, he's got balls, he's unpredictable. Of course, the fight with Benny [was memorable]; getting my hand stuck in the sauce, Tony telling me to keep my mouth shut. The relationship with Tony -- and I was lucky to have gotten a chance to work with Jim [Gandolfini], just me and Jim, a lot. Artie would be crying about something, then Tony would slap him and kiss him. One minute he's like, "Are you all right?" The next minute, he's like, "Suicide!"

Anyway, what I remember most about that episode was the cooking of the rabbit at the end. I think they added that. I'm not positive, but I think I heard somebody say "We decided to end it like that. We added that on after the episode was ended." To me, it was such a quiet moment. His hand was bandaged and he was banged up. Just to kind of touch that book -- his family recipe book that was handwritten -- just to show that; it was very tender. It was very moving. For all the craziness, it was almost spiritual. Not to sound too corny, but it was so beautiful and connected to the past. There were no lines. It's nice when you're just able to be quiet and the camera's on you. It's powerful.

You've worked with a lot of great actors in your career -- Gandolfini, Al Pacino, Tony Randall, Paul Giamatti to name a few. What's the biggest thing you've learned from watching them? Everyone has their own style. Of course you're like, "I'm about to meet Al now, we're going to rehearse together for a couple of months." He's a hero of mine, Al Pacino, from childhood. One of the first things he said to me was, "You're good." [Pauses] Generosity goes a long way. Everyone is discovering what they're doing. It's a process. To me that's exciting and interesting. Everyone has their way of working. It's not evident all the time, but you know everyone is trying to figure it out the way you're trying to figure it out.

From Jim to Al to Tony Curtis. I worked with him one time. Just a gentle, nice man. Took me for a walk, told me stories. The generosity. "Do you want another take? Are you good? Let's do one more." That's the thing you discover: They're stars and they are what they represent to you, but they're also craftsmen doing their work. And you realize, "Hey, that's what I am, too." There's always something mysterious about the process, but what they're doing is not a mystery.

Do you have a dream director you'd love to work with? Wes Anderson. The stories he tells and the characters he creates -- it's poetry. Visual beauty and the balance. Your eye is seeing things -- it's subtle but it's so well thought out. There's tons of directors I'd love to work with: Martin Scorsese, Francis Ford Coppola -- there are just so many -- but the first one that comes to mind today is Wes Anderson. What he's doing is so fresh. I don't find it "hipster," I think it's just a beautiful fantasy. 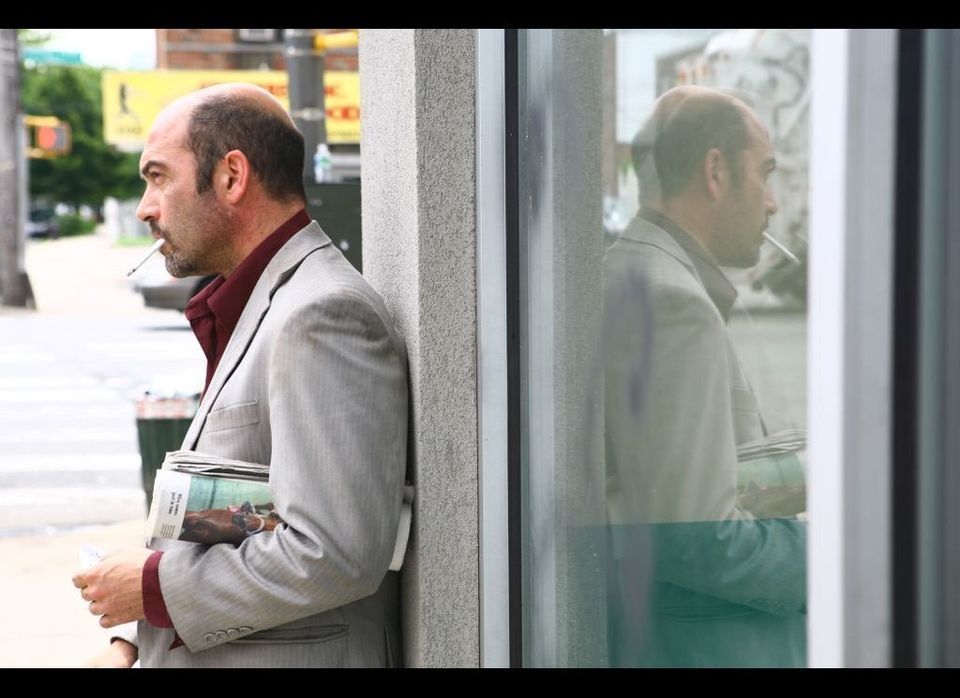