Warning: Readers may find some of below images to be disturbing in nature.

Though it's been more than 40 years since John Wayne Gacy began his killing spree targeting mostly teen boys and young men in the Chicagoland area, the impact of his notorious crimes continues to ripple into the present day.

On Tuesday, little-seen photos of the 1978 excavation of the Gacy home in the 8800 block of West Summerdale Avenue in Chicago's Norwood Park. surfaced after lingering in the photographer's online photo account for nearly 10 years.

Aug Schwiesow, a one-time uniform commander with the Des Plaines Police Department who would go on to become the department's chief of detectives following the Gacy investigation, took the photos between December 1978 to January of the following year.

While the photos have been publicly visible in his personal photo account for years, Schwiesow said he had previously only shown them to other officers and to those close to him.

In an interview with The Huffington Post, Schwiesow said he had only been peripherally involved in the Gacy investigation until the assistant state's attorney at that time, Terry Sullivan, asked Schwiesow to accompany him to the Gacy home. There, Sullivan was about to investigate leads of his own into the disappearance of Robert Piest, one of Gacy's young victims.

Schwiesow said his lifelong love of photography (he also photographed crime scenes as part of his official duties) coupled with his training with the Chicago Police Department in fingerprint analysis "compelled" him to the scene that day.

"We were pursuing a lead at Mary Hill Cemetery at Dempster and Milwaukee Avenue when we received a call on the radio to proceed immediately to 8800 [block of] Summerdale to the Gacy house to meet with investigators at the scene," Schwiesow said.

"They had just unearthed the first body parts from the crawl space of the house. At this time we were looking for the Piest boy only and had no idea what awaited us."

At this stage of the investigation Schwiesow said the Des Plaines police department already had Gacy in custody on a marijuana possession charge. Once in custody, Schwiesow called Gacy "very cooperative" and told HuffPost the killer gave police "a map like you couldn't believe."

Police had already begun to excavate the home, where Schwiesow said crews cut out the floors and took out most of the walls.

"When you smell death, you'll never forget it," Schwiesow told HuffPost as he described the scene:

"While the house was wide open and the odors of death less apparent to us at floor level, the Cook County crime scene search team under the direction of Sheriff Dodd — one of the best sheriffs we have had in years — had a totally different experience. I don't know how they could do this. As excavations continued and the soil brought out five gallon buckets at a time and deposited in the driveway, the odor of death was most pervasive and present."

"I don't know how the neighbors could stand the smell," Schwiesow later added.

After the discoveries in the crawl space, Schwiesow said Gacy gave the Investigation Division a drawing of the foundation "and the location of the 27 bodies under the house, and listed them by name and location. One was under a work shed in the back of the house and five of course were in the Des Plaines River near Route 55."

Schwiesow told HuffPost that while his passion for his work compelled him to work at the scene for the roughly a month, it also took its toll.

"As a father of five young children in December 1978, and [the excavation starting near] the Christmas season, the events of this horrific crime were a very emotional experience for me," he said.

Gacy was finally executed in 1994 after spending 14 years on death row — something Schwiesow said he personally felt was "a travesty of justice and an indictment of our judicial system," given the steep cost to taxpayers of housing Gacy during that time.

Schwiesow said he later learned — admittedly second-hand from a now-deceased officer in the department — that when Gacy was transferred to the Joliet prison, the last thing the Des Plaines police heard from him was: "It could go as high as 45."

In recent years, Cook County Sheriff Tom Dart's office has tried to use DNA evidence to determine who some of Gacy's unidentified victims might be (one was later found alive).

Correction: An earlier version of this article listed the address of the home in Des Plaines. It is in Norwood Park in Chicago. 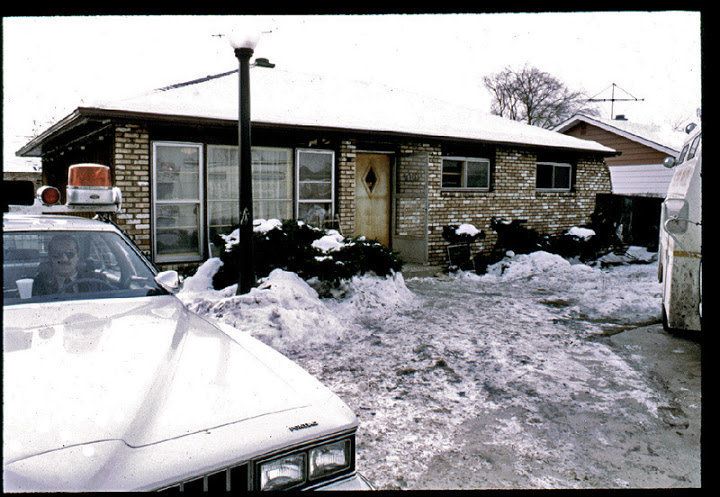