It's not a pretty picture for a teacher's aide in Henrico County, Virginia, who is accused of taking upskirt photos at a Walmart.

John Wiggins, 55, was arrested May 31 after police said he used a smartphone to snap pictures under the skirts of two women shopping in the store, WTKR TV reports.

Police said Wiggins pretended to drop a box of pasta and took photos while crouching near women to pick it up.

One woman suspected that Wiggins tried photographing her and passed on her hunch to her husband. He followed Wiggins and took a photo of him pulling the dirty trick on a different shopper, and shared the evidence with police, the station reported. 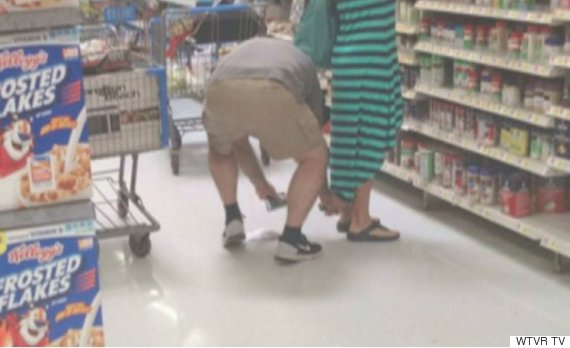 The woman in the photo told the station the intrusion forced her to change her shopping routine.

“I definitely haven’t worn a dress out shopping -- and I don’t know when I’ll do that again,” she said.

Wiggins was a teacher's aide at Clover Hill High School and once coached wrestling at the school.

School officials told WMMT TV that he was fired after the allegations were reported.

“He doesn’t need to be around children at all,” Tamara Wynn, a Clover Hill parent, told WMMT TV “He needs to get some help.”

Police said when Wiggins was arrested, he made statements that suggested he might be a danger to himself.

The suspect was provided with mental health services before being booked on two counts of unlawful filming, a misdemeanor.

He is behind bars and is due in court July 23, Henrico County Sheriff's officials told HuffPost. 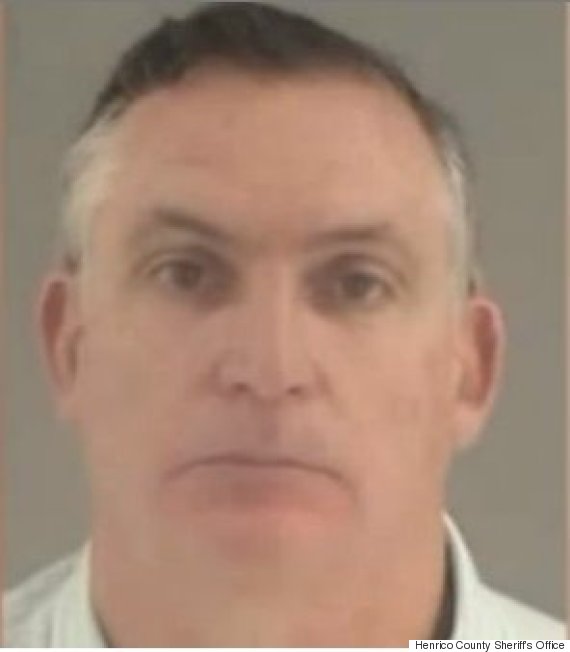 Virginia Man Accused Of Taking Upskirt Photos In Big Box Store
Caught On Camera
1 / 11
Vince Neil Tries To Punch Fan At Concert, Misses Badly
Motley Crue frontman Vince Neil became aggravated by a fan in the front row at his concert in New Mexico on Dec. 7, 2012, and tried to punch him -- but he missed.
CelebrityStalk