John Williams enters the room in a formal button down blouse, a hefty portfolio tucked under his arm. When he speaks, words tumble out, both his passion and nerves on display without pretense. His eyes light up as he unveils and explains his work, though eye contact is rare. Williams is a collage artist and history buff who has struggled with Asperger's Syndrome throughout his life. 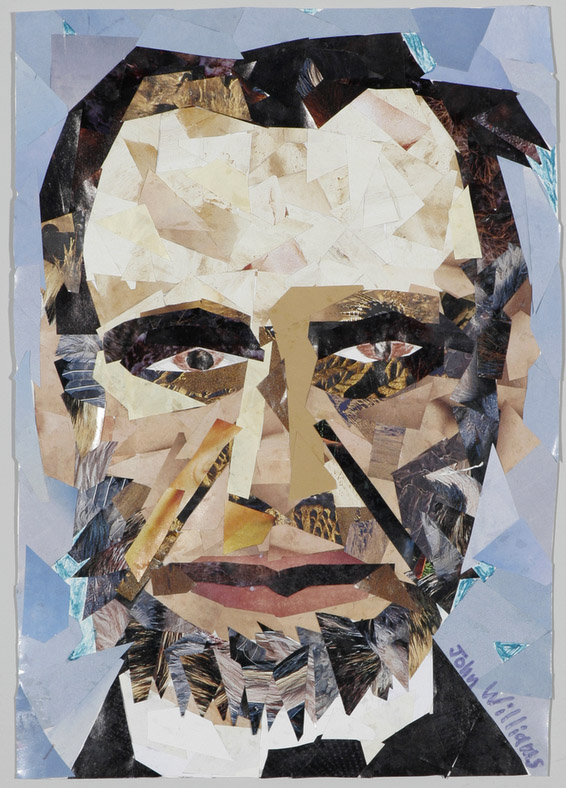 Williams' collages depict historical figures, scenes and landscapes out of clippings relevant to his subjects. Drawing from websites, magazines, calendars and other sources, Williams scavenges a likeness and a narrative that turn his crafty technique into a dramatic and monumental art form. Subjects range from President Obama to Sacagawea and John Brown, each face a pastiche of relevant documents, placed just so to heighten emotion and likeness.

He begins with a portrait of Abraham Lincoln, a cubist hodge-podge of flesh colored shapes and angular facial hair. There is an entrancing sadness and weight in Lincoln's eyes, which Williams drew himself and described as "enigmatic." Lincoln's cowlick and unruly hairstyle also reveal Williams' obsession with detail. "People didn't know how to comb as much back in the day," he explained laughing.

Williams' preparation for each collage demands more than just matching colors. The artist and amateur historian spends up to a month on each piece, letting research and imagination dictate his creations. "I imagine he is a man from my old Kentucky home; I imagine he would have the accent of an old country bumpkin... I have to understand them to be able to portray their essence." After researching his subjects, Williams creates an accurate sketch before beginning to collage.

Although Williams' primary obsession is history, each of his subjects unleashes a well of fascination and knowledge. When showing his depiction of a panda named Po, it wasn't long before he was gushing about the peculiar mating habit of the species. "The amazing thing is there is a limited time that panda moms can produce an offspring," he explained. "Only once or twice a year; they have a hard time having babies. They are an animal to pay attention to." 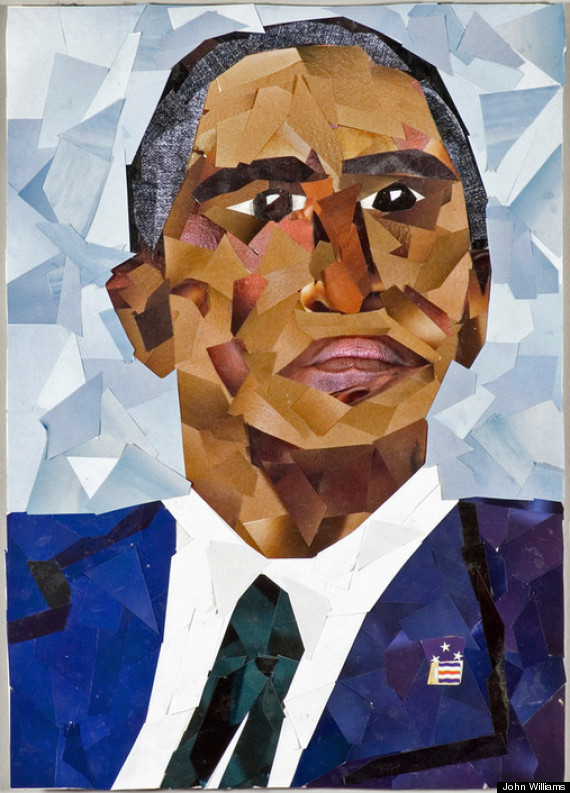 In his artist statement, Williams explains the sensation of living with autism: "Thoughts and images swirl around endlessly... Like having a TV turned on in your head with the channel charger broken." Williams elaborated in person: "I've had to train myself not to be overwhelmed by stimuli. That's one of my challenges."

Art allows Williams to channel his energy toward his artistic vision, although Williams specified that he's most appreciative to have a direction to pursue.

"It helps if I am working toward something. If I am idle in any way it just doesn't work. I can't stand vacations, it just doesn't seem to really work for me. I thought the whole point of life was to be lively."

Outsider Art as a semi-fictitious genre, is a quick fit categorization for artists like Williams who grow up so far from the insular, city-centric art world. The fictitious genre, which appeals to artists who for some reason or other don't fit the traditional artist mold, whether because they are self-taught, mentally disabled or from a removed, rural locale.

Does Williams, who has a BFA in fine arts, identify as an outsider artist? "To some extent, yes. I feel like I am somewhere in the medium between. I went to art school, which many outsider artists did not. If there is a name for that kind of middle ground someone better tell me what it is."

Yet Williams, who sites Romare Bearden and Pablo Picasso as inspirations, seems not too concerned with labels as long as he can keep collaging.

"It seemed to be what I was searching for all along. I was looking for something to stand out and also feel like I can make my mark somehow. And I feel like I have, so far."

See Williams' collages in the slideshow below and let us know your thoughts in the comments.

Arts Outside the Lines 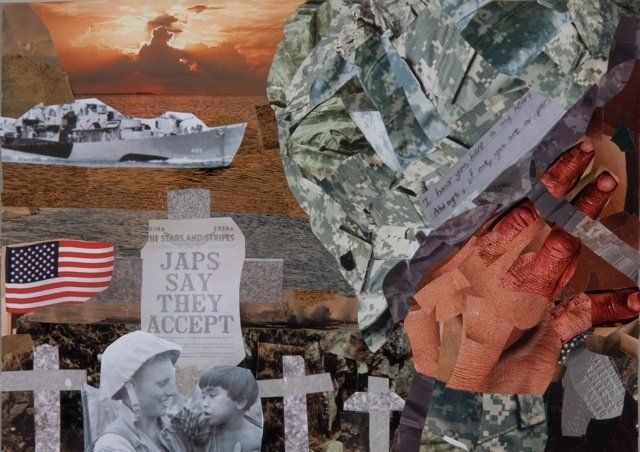