MADISON, Wis. (AP) — A priest who livestreamed exorcisms aimed at rooting out what he, former President Donald Trump and some Trump supporters have falsely claimed was widespread voting fraud in the presidential election has left a Roman Catholic diocese in Wisconsin.

The Diocese of Madison said it and the Rev. John Zuhlsdorf reached a mutual decision on his departure. Zuhlsdorf will relocate from the diocese ”to pursue other opportunities,” the diocese said in a statement earlier this month.

“The Bishop of Madison is grateful to the Reverend Zuhlsdorf for his faithful support of the diocese’s seminarians and priests, thanks him for his many years of steadfast ministry serving the diocese, and wishes him the best in his future endeavors,” the statement said.

Zuhlsdorf did not immediately respond to a phone message and email Tuesday seeking comment.

Zuhlsdorf claimed he had permission from Madison Bishop Donald Hying to conduct the exorcisms. Hying said, however, that he didn’t give Zuhlsdorf permission to conduct exorcisms related to “partisan political activity,” but rather approved an exorcism for “alleviation from the scourge of the coronavirus pandemic.”

Recordings of Zuhlsdorf’s exorcisms have since been removed from YouTube, the Wisconsin State Journal reported. The U.S. Conference of Catholic Bishops defines an exorcism as “a specific form of prayer that the Church uses against the power of the devil.”

Diocese spokesman Brent King described Zuhlsdorf’s role as that of a “freelancer” and he was not an employee of the diocese or a parish. 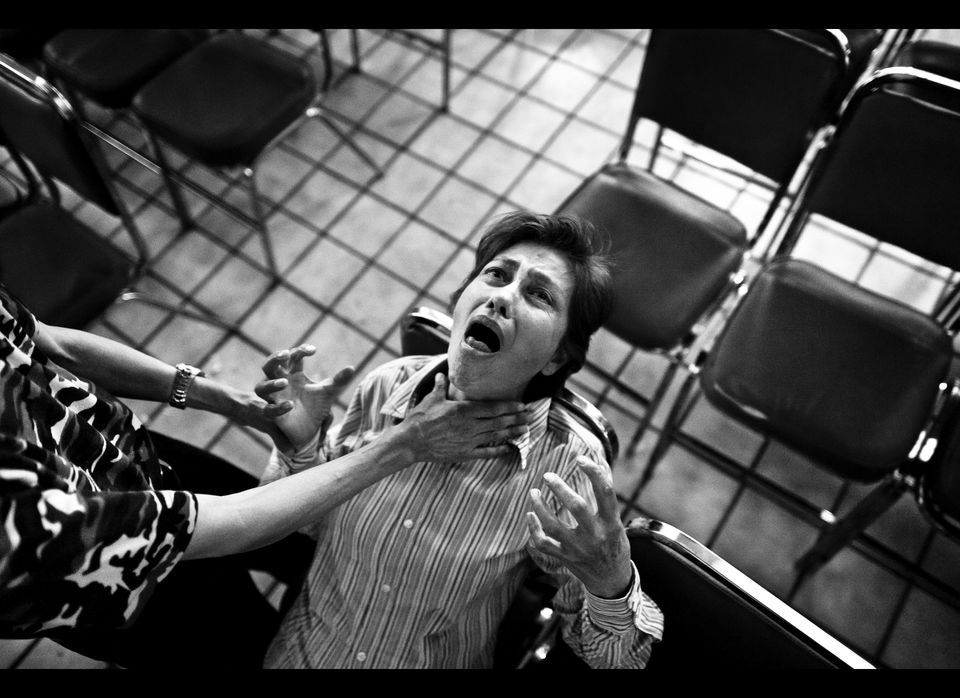 1 / 13
Exorcism in Mexico City
A Mexican woman screams intensively during the exorcism rite practiced at the Church of the Divine Saviour in of Mexico City, Mexico May 31, 2011. Exorcism is an ancient religious technique of evicting spirits, generally called demons or evil, from a person which is believed to be possessed. Although the formal catholic rite of exorcism is rarely seen and must be only conducted by a designated priest, there are many Christian pastors and preachers performing exorcism and prayers of liberation. Using their strong charisma, special skills and religious formulas, they command the evil spirit to depart a victim's mind and body, usually invoking Jesus Christ or God to intervene in favor of a possessed person. (Jan Sochor, Latincontent / Getty Images)
Jan Sochor, Latincontent / Getty Images