Johnny Cash was one hell of a songwriter -- that's widely known. But the Man in Black was no slouch when it came to writing love letters either.

A 1994 note he penned for his wife and musical partner June Carter Cash on her 65th birthday was recently named the greatest love letter of all time in a poll conducted by the British life insurance company Beagle Street. You can read his heartfelt words below: 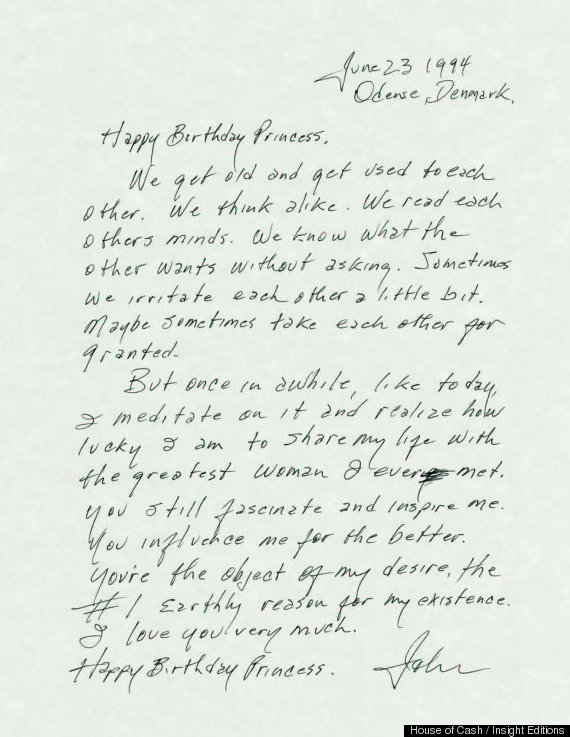 We get old and get used to each other. We think alike. We read each others [sic] minds. We know what the other wants without asking. Sometimes we irritate each other a little bit. Maybe sometimes take each other for granted.

But once in awhile, like today, I meditate on it and realize how lucky I am to share my life with the greatest woman I ever met. You still fascinate and inspire me. You influence me for the better. You’re the object of my desire, the #1 Earthly reason for my existence. I love you very much.Happy Birthday Princess. - John

The note was featured in the 2011 book House Of Cash, written by the couple's son John Carter Cash.

The book also includes a copy of a simple heart valentine that Johnny gave to June in 1987. 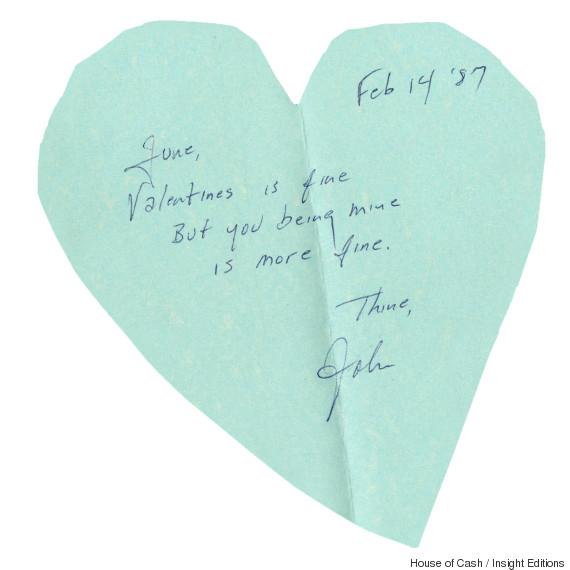 Valentines [sic] is fine. But you being mine is more fine.

The beloved country couple, who tied the knot in 1968, had a tumultuous marriage at times, as documented in the 2005 movie "Walk the Line." They were married until the time of June's death in May 2003 after complications from heart surgery. Johnny died just four months later due to complications from diabetes.