Johnny Depp appreciates the fans who buy tickets to see his movies, but he hates being famous. He hates it so much, in fact, that he's compared life in the public eye to "living like a fugitive."

This is hardly the first time the Oscar-nominated star has lamented his loss of privacy. Last year, Depp reiterated his concerns to Fox News: "I don't mean this in a way that is whiny or complaining or anything like that because I know how lucky I am to have been around this long and to maintain this career ... you got to pay the piper, as well, in the sense of anonymity."

"If I want to take my kids to the mall or walk through Disneyland or ... just walk the streets even, that's out of the question. It just doesn't exist anymore," said Depp, "and then you start to realize that for the past 10 or 15 years you've been going into restaurants through the back door, scurrying along greasy floors, trying to get to some private room. It's not unlike living like a fugitive."

In a 2012 interview with The Mirror, Depp spoke about the price of fame in the Internet era. "For a long time I tried to manage an honesty and openness about my personal life because I'm human and I'm normal -- well, semi-normal," he said. "But now my kids have access to the internet and are able to read truth, lies, total fiction, rumors and this whole thing has become a mulch of fodder. So I've decided to stay hush-hush and, if the rumors spin, then let them spin."

And in a 2011 interview with Larry King, Depp said being a celebrity makes him "very uncomfortable," adding: "I don't think it's anything you ever get used to ... for many years I could never sort of put my name in the same sort of category as the word 'famous' or anything like that."

Despite the unwanted attention, Depp did give a peek into his personal life when he confirmed his engagement to Amber Heard. At first, when asked about the massive bling on his finger, Depp played coy and evasive. "I'm wearing a chick's engagement ring on my finger, being a fella," he said. "As far as you know ... because I might be a woman!"

But when Guthrie congratulated him on being engaged, Depp thanked her and said he is very excited. "She's a wonderful girl, she's sharp as a tac. A southern belle, as sweet as can be and very good for me," he said of Heard. He then shot down any baby rumors, saying it is not a "shotgun wedding."

For much more with Depp, head over to Today.com.

Johnny Depp Hates Being Famous, Compares It To 'Living Like A Fugitive'
Private Celebrity Couples 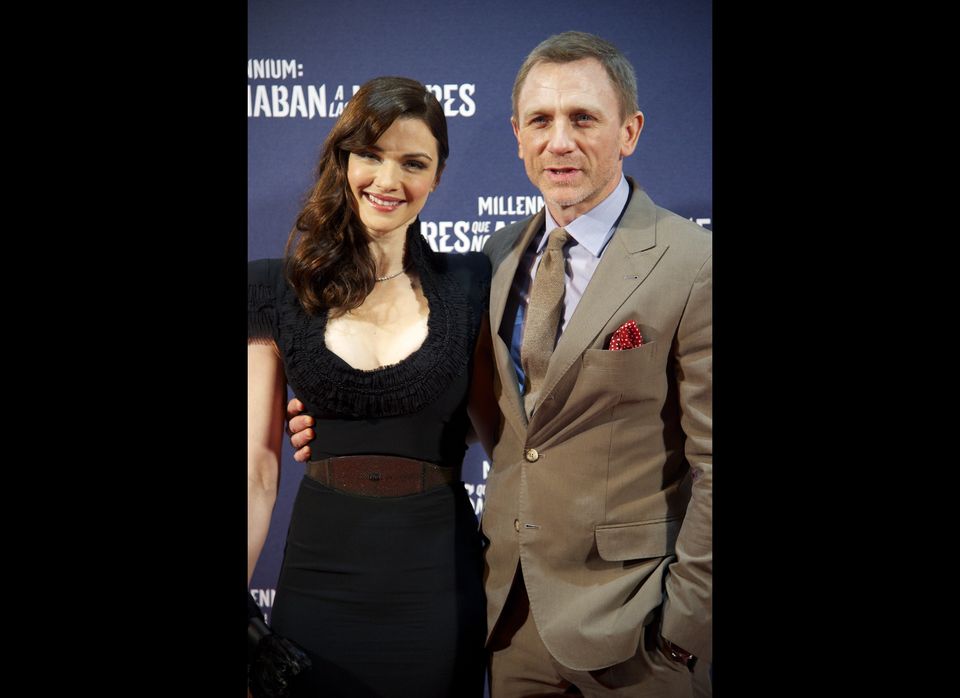 1 / 13
Rachel Weisz & Daniel Craig
They may be major movie stars, but when it comes to their private lives, Rachel Weisz and Daniel Craig keep things <em>way</em> under the radar. In fact, <a href="http://www.people.com/people/article/0,,20505712,00.html" target="_hplink">the pair secretly wed in front of just four people</a> in June 2011, and no one knew until after the fact.
Getty