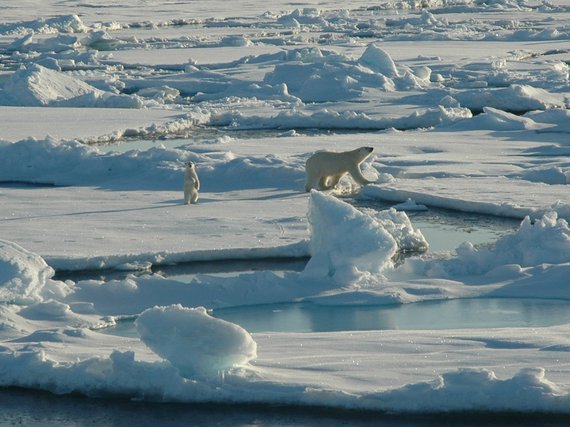 We have successfully stopped Big Oil in the Arctic and we are not letting up now! Shell has decided to stop their bids to drill in the Arctic Ocean and recently the Obama administration made an important step by removing the Atlantic Ocean from its offshore leasing program for 2017-2022.

But this plan still leaves the door open to other companies drilling in both the Chukchi and Beaufort Seas just off the coast of the biologically-sensitive Arctic National Wildlife Refuge, and the Gulf. The Arctic Ocean and the Arctic National Wildlife Refuge will be at risk if drilling moves forward. Join me and thousands of others in saying no more to offshore drilling on Sunday, May 15 at the White House.

With the high risk of a large oil spill, drilling in America's Arctic is irresponsible and risky. The Arctic is prone to hurricane-force storms, 20-foot swells, widespread sea ice, frigid temperatures and months-long darkness. There is no proven way to clean up an oil spill in these extreme conditions. Shell's Arctic exploits have proven that the oil industry cannot be trusted in America's Arctic. What's more, by the Department of the Interior's own estimate, there's a 75 percent chance that a major spill--one of more than 1,000 barrels of oil--could occur if production moves forward in the Chukchi Sea.

These are all of the reasons why I will be joining in on a day of action on May 15 at the White House. People will be calling on the Obama administration to strengthen our coastal communities and not risk their ruin. The history of treating the Gulf as a "sacrifice zone" must come to an end by focusing on a transition that brings the region more economic prosperity, not more drilling. And in Alaska, we must preserve the ability of people to subsist off of traditional food gathered in on the clean lands and in the clean waters of the Arctic as has been done for thousands of years.

More than one million petitions from across the country have already been delivered asking the President to take action. I hope to see you there alongside people from frontline communities to take action to protect our climate, our environment and our coastal communities by keeping fossil fuels in the ground.