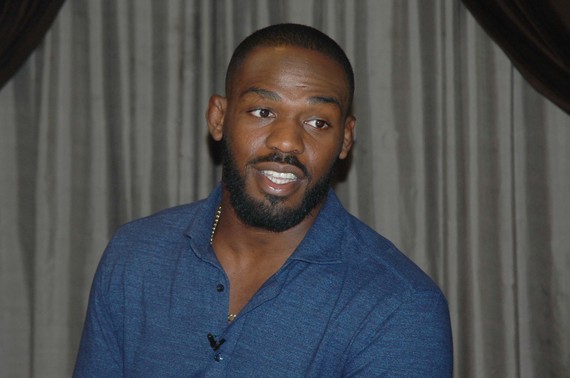 It seems as though UFC interim light heavyweight champion Jon Jones' brief love affair with power lifting has come to an end.

Making the final preparations for his UFC 200 headliner against incumbent champion Daniel Cormier, Jones has adjusted his training regiment, after bulking up to as much as 240 pounds before his last fight against Ovince St. Preux.

"My muscle endurance maybe wasn't in the right place," commented Jones, who looks to extend his current win streak to 14 on July 9. "I think it played a factor in me fighting conservatively and pacing myself [against St. Preux]."

Jones, who was previously criticized for his thin limbs and lack of muscle mass, spent countless hours in the weight room during his 2015 suspension from the UFC. With his title stripped, Jones worked on deadlifts and bulking up his frame as he prepared for a comeback. But against St. Preux, the extra mass became a hindrance inside the Octagon.

Ever since, he's eliminated weights from his training, determined to return to the shape that first earned him the UFC title in 2011.

With his frame back to its thinner shape, Jones expects a vintage performance against Cormier, albeit he's already admitting to taking a page from his rival for their re-match.

Having already unanimously handed Cormier the lone loss of his career at UFC 182, using the striking techniques and Greg Jackson-conceived strategies that made him the youngest champion in UFC history, Jones is preparing for more of a clinch-heavy fight this time around. He expects the drop in size to aid and abet his new game plan.

"I look a lot more like the way I used to look, a lot less muscular and my endurance feels amazing," stated Jones. "I think that's one of the number one ways to beat DC is to DC, DC by embracing the grind and beat him in the dogfight."

Should he top Cormier in the first re-match of his career, Jones would join Randy Couture as the UFC's only two-time light heavyweight champion, and be just two wins shy of tying Anderson Silva's all-time promotional record for consecutive victories.