Comedian Jon Lovitz toasted the power of Twitter Tuesday after his twitpics led to the suspension of three teen bullies from a middle school in Northridge, Calif.

Lovitz had taken up the cause of a childhood friend and his daughter, who found anti-semitic graffiti and feces on their doorstep when they woke up on Tuesday, Apr. 3.

"Some coward & idiot left this on a friend's doorstep, yesterday," tweeted Lovitz the day afterward. "This is an insult to all of us." 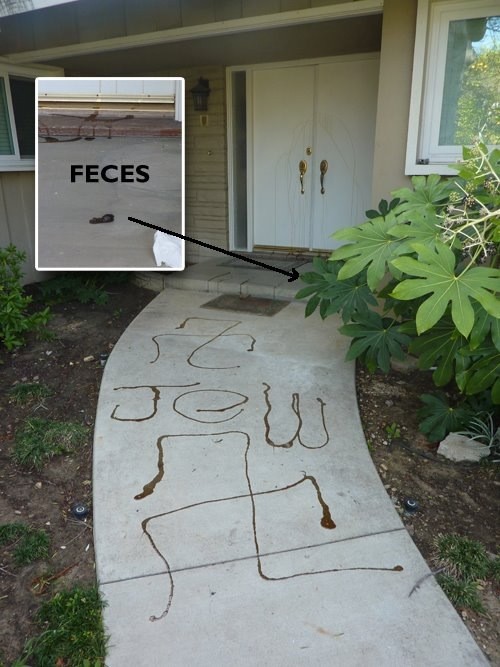 Later that evening, he tweeted a photo of the three teens who were allegedly responsible for the mess, saying that it was part of an effort to bully his friend's daughter. "The 3 girls who are bullying my friend's daughter," explained Lovitz. "They want to be known. Let them be famous as Jew haters. Pls RT."

Police told CBS2 that because the swastiskas, drawn with maple syrup, didn't leave permanent damage, the graffiti doesn't rise to the level of a hate crime. Instead, according to Lovitz, the event has been deemed a "hate incident."

The mother who drove the teens over to the girl's house in the middle of the night to commit the hate incident may also face criminal charges, notes CBS2.

Lovtiz followed up on the story Tuesday, one week after he first posted the pictures. "UPDATE!!!!" tweeted Lovitz. "The three girls who vandalized my friends home with swastikas and dog crap, have been expelled from their school permanently." 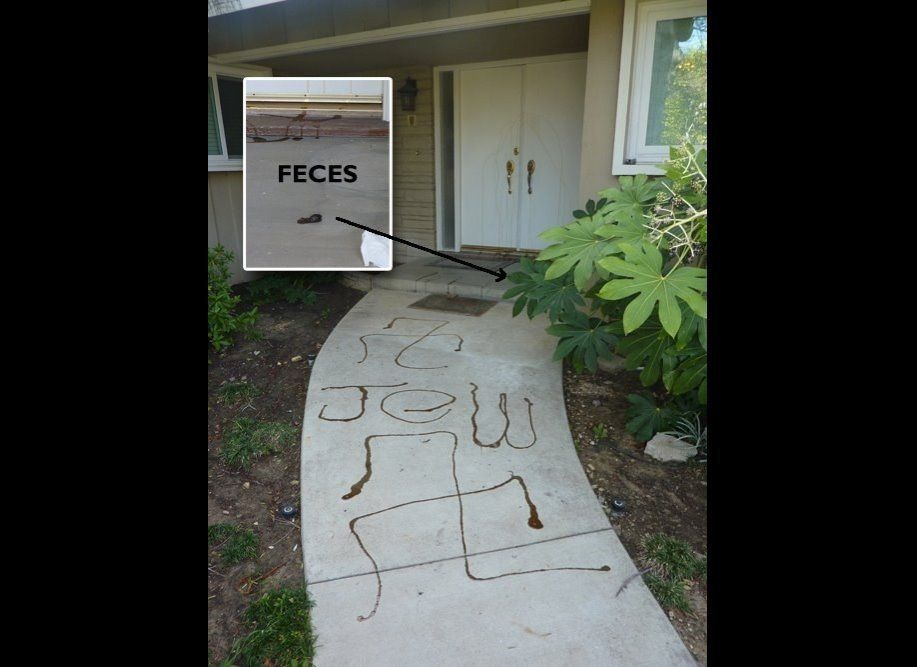