The Winter Olympics have not treated host nation Canada as well as it may have hoped. Despite launching "Own the Podium," a $120 million effort designed to maximize the country's medal haul, Canada has just nine medals and trails neighboring U.S. by 15 in the overall medal count. Losing to Team USA in Sunday's hockey match only made things worse.

There are some bright spots, however, including Jon Montgomery. He won a gold medal in the Olympic skeleton competition on Friday, and as the Sporting Blog notes, Montgomery celebrated in style. Scroll down for video of Montgomery being cheered as he enters Canada House, as well as still shots of him celebrating with a massive pitcher of beer. (For video of the pitcher, click here.) 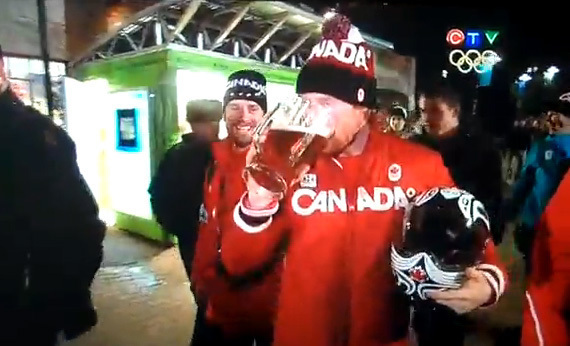 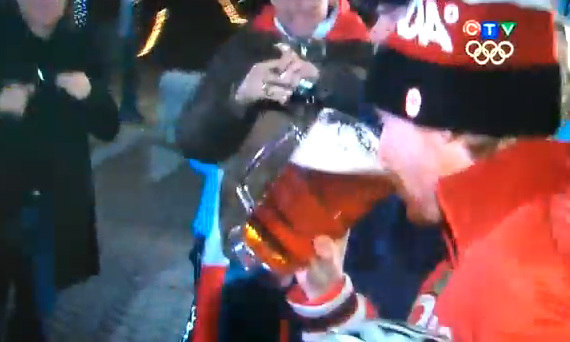 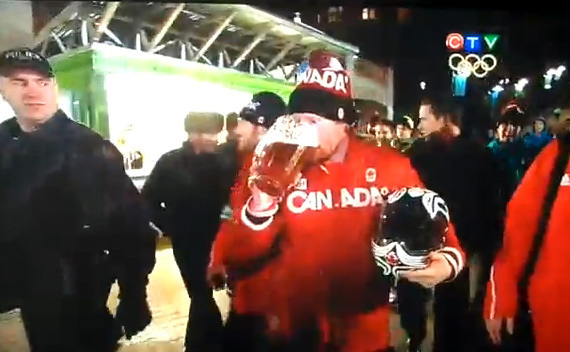