Warning: Spoilers below for anyone who has miraculously managed to avoid discovering what happens at the end of "Game of Thrones" Season 5. You are a unicorn. Go, unicorn.

Since Season 5's calamitous finale, nearly everyone involved with "Game of Thrones" has been asked about the bastard Stark's final fate. We saw Jon stabbed by his former allies of the Night's Watch, but there are several ways he could conceivably come back to the show -- from leading the White Walkers to being resurrected by Melisandre's Lord of Light. Or maybe he's just dead. Gone. Done.

We'll find out for certain when the series resumes on Sunday. Until then, why not indulge ourselves by completely overanalyzing every quasi-revealing thing "Game of Thrones" insiders have said about what might happen with Kit Harington's character in Season 6? Surely they all chose their words very, very carefully.

Cast members and other insiders are pretty much on the same page as far as Jon's death goes -- he did get stabbed a lot -- but they're less united on whether that means he can't come back. We scored each of their thoughts on a scale from 0 (dead is dead is dead) to 10 (what is dead may never die) crossed swords to evaluate the odds that Jon comes back, starting with the man himself:

"I’ve been told I’m dead. I’m dead. I’m not coming back next season. So that’s all I can tell you, really," the actor said in a June interview with EW. Not coming back means he's probably not resurrected in any form. Yet this is an older comment, and Harington has since been spotted filming on set, so we'll take it with a grain of salt.

"People didn’t want me to die, but he’s dead. So there you go, everyone has to get used to it." In a January interview with Digital Spy, the actor sounded pretty sure of himself. Then again, White Walkers are technically dead.

"All I can tell you is Jon Snow is dead. He died at the end of last season," Harington said on BBC Breakfast in January. That doesn't mean he won't come back.

"I filmed some scenes of me being dead -- it’s some of my best work," he joked. Speaking to Time Out London in March, the actor also said he knows precisely how long he plays a corpse, possibly suggesting there is post-corpse life for Jon.

"We would hope that after seeing the scene, and the way it’s shot, that the answer to that will be unambiguous in the minds of the people watching it." OK, Weiss told EW in June what we should take from the stabbing at that point in the series -- he's dead. But is that how Jon's story ends? If writers and producers wanted to surprise viewers, of course they'd try to make us think Jon died.

"I won’t see him again, and it really did feel like the end of a chapter of our relationship ... It feels like the book’s been closed on that, and it’s been beautiful." Bradley also told The Huffington Post in June it was "heartbreaking" to film the final scenes of Season 5, making that ending sound way too final for our liking.

"It’s more terrible for me that Kit’s not going to be on set every day." Considering Harington has definitely been spotted on set, this comment to Digital Spy doesn't make a lot of sense. Sam is not a good liar.

"Whenever I meet someone, I just say 'Jon Snow is dead.' Sometimes, of course, I’m in a shop and the poor person there just says, 'Yeah, it’ll be $12.50 please.'" Coster-Waldau channeled his character's smart mouth with Jimmy Kimmel in February. "Spoiler: At the end of Season 5, he’s dead," he said. Again, that doesn't mean he stays that way.

"I say, 'He’s dead.' It’s not hard -- because he’s dead," the actor said when questioned about how often he's asked to discuss Jon Snow's situation. The actor essentially repeated his earlier comments when he spoke to EW in March.

"If it makes you feel better, then, yes there’s hope but ... there’s no hope." Speaking to E! News in July, the actress also commented on how "people are trying to be very positive" about Jon's fate -- but Williams isn't much of an optimist in that regard. "We saw him get stabbed a lot. Like, I think that’s pretty clear." Then again, she likes to have fun with fans of the series, so you never know.

"No, he’s dead. Sorry." Williams had a smug reply when asked about Jon on the Emmys red carpet in September. Dead. Gone.

"All the time people are asking me if Jon Snow is alive and the answer is no! He’s dead! I promise." The actress promised on Absolute Radio in October -- but we'll refer you to the White Walker or warg theories.

"I feel so mean because I speak to people and they’re all like 'Jon Snow, is he back?' And it’s really heartbreaking because people are like, 'Yeah, but he’s coming back, though?' It’s a great twist but I can’t say he’s going to be alive." A GREAT TWIST? Of course Williams couldn't say anything definitively at a red carpet event in January. And the "twist" might simply be Jon's surprise stabbing -- but it could also be his surprise stabbing and subsequent resurrection.

"If you get stabbed that many times, you’re dead, you know. There are some basic medical rules that even apply in Westeros. So Jon Snow is dead right now." Right now. Dormer gave us a bit more hope when she spoke to Channel 5 in February.

"If I had to bet, I’d say there’s like a 50/50 chance. I mean, there’s some helpful people there who could bring him on back to life." In a June interview with MTV News, the actress joked that if Jon's death means Dany inches closer to the Iron Throne, she's OK with it.

"It’s frustrating. People want him to be alive so much, you could just exhale and they’ll find a way to say, 'That means Jon Snow’s alive,'" Clarke said before presumably exhaling. Like other cast members, she told EW in March she gets the Jon Snow question all the time.

"I think I’m kind of with Emilia. It’s 'Game of Thrones,' so anything can happen. We do have White Walkers and everything, so I wouldn’t rule anything out." Yet Turner concluded her July statement to MTV News with a less-than-reassuring, "Who knows. You don’t know. I don’t know."

"Jon Snow is deader than dead," the director told President Obama after the season finale. Dead, but not gone, surely?

"I’m not going to tell you anything different than the President of the United States knows. The man is dead!" At a November panel discussion, Cunningham retold Nutter's story. Yet perhaps the director has fewer scruples about telling half-truths to world leaders.

"But they don't want to believe it's true. How many knives does a man need in his chest to be dead? And if you say Jon Snow can't be dead, that means Ned Stark can't be dead." ... Fair. But Jon Snow is freshly dead. Surely that counts for something! "The best thing you can do to an audience is to make them work," the actor also told Vulture in March, as if he saw this writer researching this post in the flames.

"There are slight hints that something’s going to happen." In a June interview with The New Daily, van Houten dropped some tempting hints. "I was doing [work for Season 5] the other day and then the producer was there and he was saying something that I’ve heard before, which is quite spectacular, for next year, which I really can’t say anything about." Perhaps as spectacular as pulling a Thoros of Myr?

"I'll completely deny that," van Houten said of the rumor she brings Jon back to life. The actress told the WSJ's Speakeasy blog, "It's funny that there's so much pressure on my character to bring him back because I don't think I've ever brought anyone back from the dead." But there's a first time for everything, and the Lord of Light has done it before.

"He lives on -- not physically." In March, EW asked cast members how often they are asked about Jon snow. (Often.) Predictably, Theon gave the worst answer. "Lives on" in our hearts? "Lives on" through Ghost? What is it?

"I really miss Jon Snow and Kit who played him. But if he came back to life, the show would turn into a soap opera that wouldn’t know how to come to an end." Teale -- who participated in the stab-fest -- told Greek magazine Athinorama in July that he appreciates how "the audience can really feel death and loss" on "Game of Thrones." Oh, but whose character gave us all those feelings last season?

"Dead is dead is dead. He be dead. Yes. Everything I’ve seen, heard and read, he is dead." Lombardo did not mince words at a Television Critics' Association press tour in July. Yet what is dead may never die.

According to math and our own shamelessly biased evaluations, those in the know suggest our favorite crow has a decent shot at making it back on the show -- in some form. 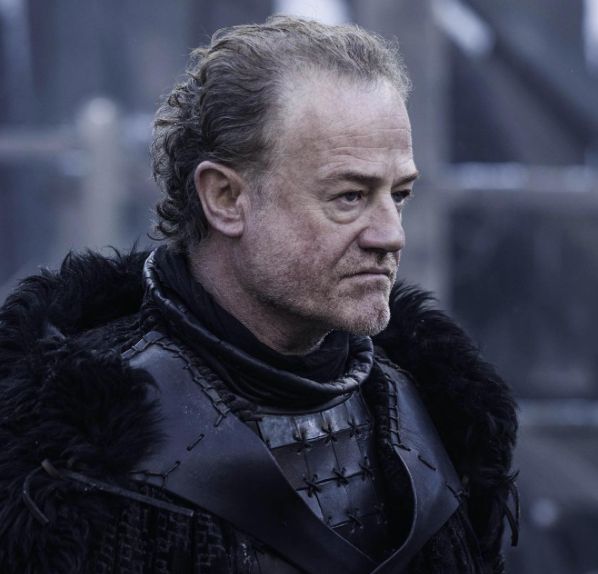