Jon Stewart began "The Daily Show" on Thursday night with an apology for saying on Wednesday night's show that no one involved in the death of Eric Garner had been indicted.

As it turns out, the person who recorded the video of Garner being choked was indicted on weapons charges.

"They got the shooter... of the video," Stewart said. "Let that be a lesson to you kids out there. Photographing crime does not pay."

Some quickly moved to blame Garner's death by choking at the hands of New York City police officer Daniel Pantaleo on just about anything other than the officer's chokehold.

"What the fuck are you talking about?" Stewart asked after hearing Paul's remarks. "Well I guess now we know what it takes for a senator from Kentucky to admit cigarettes can kill."

Jon Stewart Has A Question For Rand Paul: 'What The F**k Are You Talking About?'
Eric Garner Chokehold Case 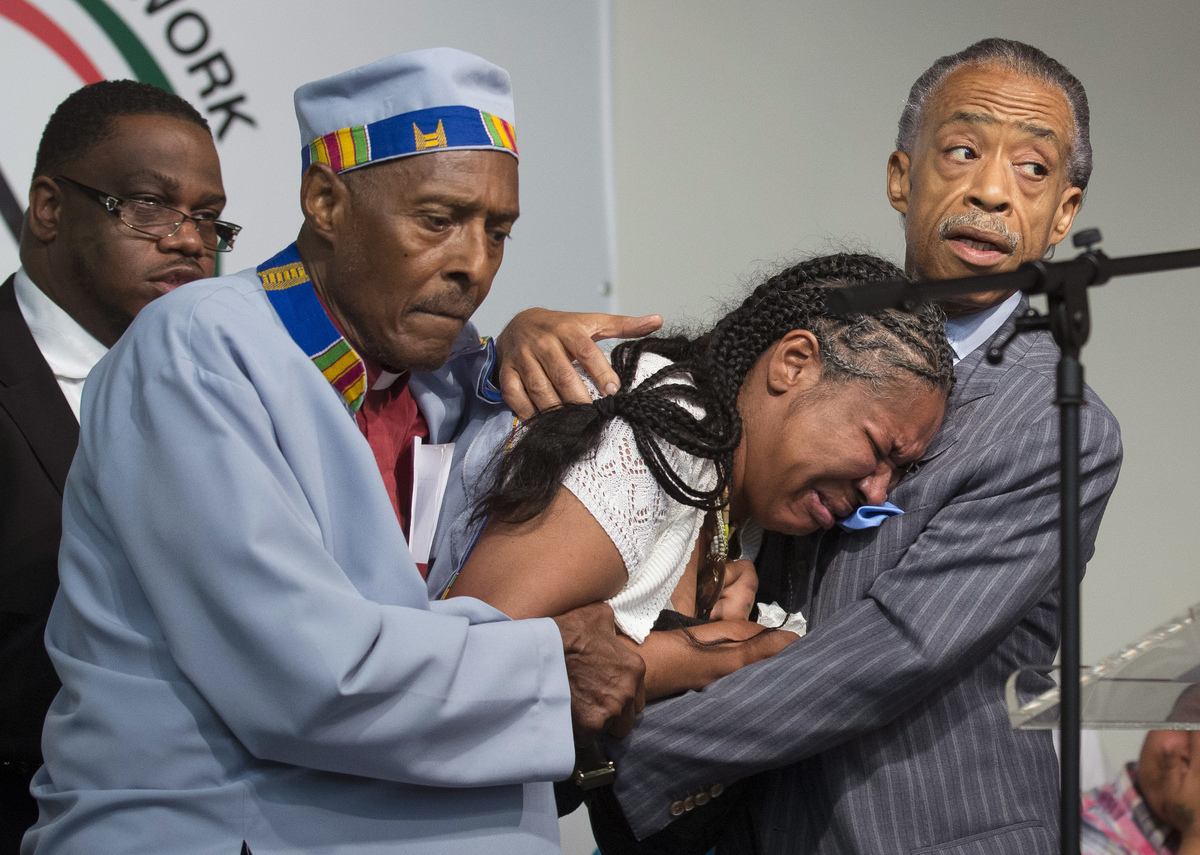 1 / 27
Spotlight on Sharpton
FILE - In this July 19, 2014, file photo, Esaw Garner, center, wife of Eric Garner, breaks down in the arms of Rev. Herbert Daughtry and Rev. Al Sharpton, right, during a rally at the National Action Network headquarters for Eric Garner in New York. The city medical examiner ruled that Garner, 43, died as a result of a police chokehold during an attempted arrest. (AP Photo/John Minchillo, File)
ASSOCIATED PRESS