The question of the day for GOP presidential hopefuls appears to be: "Would you attend a gay wedding?" And Jon Stewart is having a blast with their uncomfortable answers.

"This campaign boils down to, 'Who do you trust to pick up the phone at 3 a.m. and RSVP to a gay wedding?'" Stewart said on Tuesday night's "Daily Show."

On the other hand, this climate is dramatically different from the 2012 campaign cycle, when much of the talk among Republican candidates was about banning gay marriage rather than attending same-sex wedding ceremonies.

"Republicans can no longer dismiss gay marriage out of hand," Stewart said. "They must engage the question."

While some GOP candidates have said they would attend a gay wedding for loved ones even if they don't support gay marriage, Rick Santorum said he wouldn't go to one. But, Santorum insisted he would still "love and support" the couple anyway.

That last crack was a reference to Santorum's well-documented "Google problem," and Stewart warned viewers: "Don't Google that.”

Check out the clip above for more on what "The Daily Show" is calling "The Invitation Game." 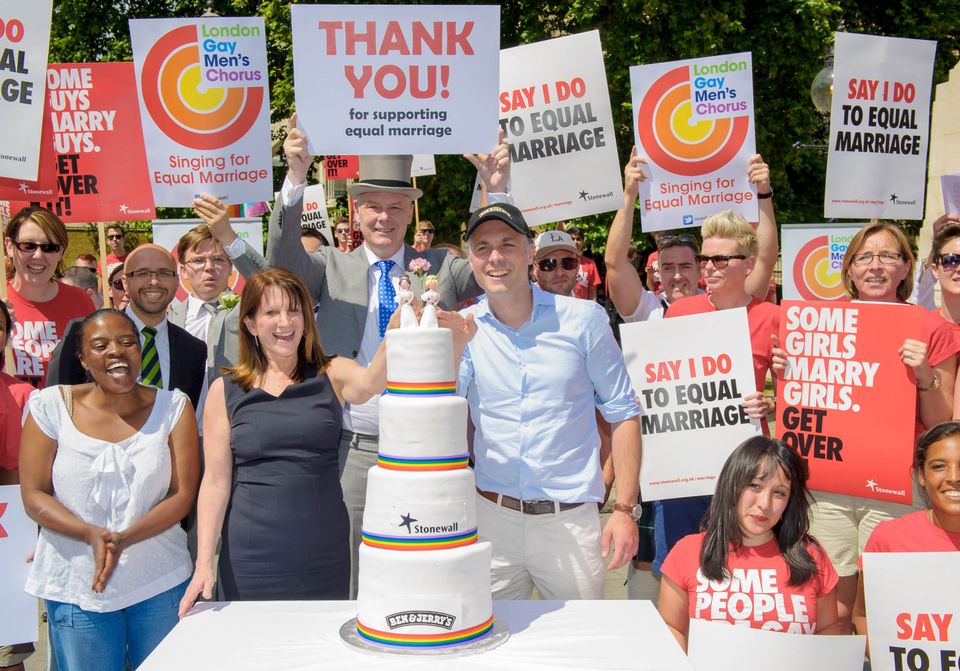