Congress' jovial response to Benjamin Netanyahu's speech was "by far the longest blow job a Jewish man has ever received," Jon Stewart said on "The Daily Show" Tuesday.

Indeed, the applause after the address was raucous enough that it broke C-SPAN's sound equipment.

In reality, though, the world is divided in its response to Netanyahu's visit. Jews, Stewart points out, are even more split on Netanyahu's assertion that he speaks for all Jews.

CNN may have capitalized a little too much on that fact: 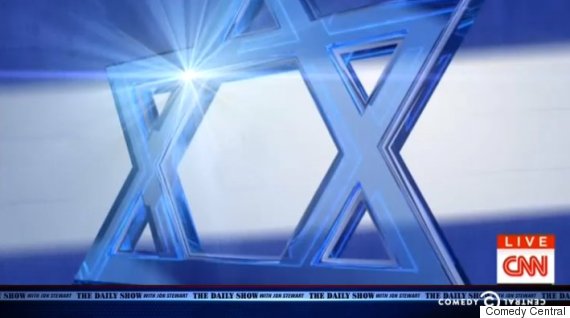 "You don't think it's a little patronizing to change your normal star wipe to this?" Stewart asked, referring to the news channel's alteration of its transition graphics to feature a Star of David.

"Are you kidding me? I guess they couldn't pull off the Batman spinning yarmulke," Stewart said.

See what else he had to say about "Bibi's Big Adventures" in the clip above.