According to Jon Stewart, Obamacare is providing some CEOs with a convenient excuse to be what they've always been: Assholes.

In response to recent remarks by Papa John's CEO John Schnatter that he planned to reduce workers hours in order to avoid paying for their health insurance, The Daily Show host took it upon himself to try to bring CEOs down to earth.

"Let's stop pretending that, suddenly, with this election, bosses have been transformed into reluctant assholes," Stewart said sarcastically.

Stewart noted that many business owners have always tried to find ways to curb employee benefits like pensions and health insurance: "Obamacare is just the latest excuse to wriggle out of the social contract," he said.

Watch the Jon Stewart rip into Papa John's and other "reluctant assholes" above. 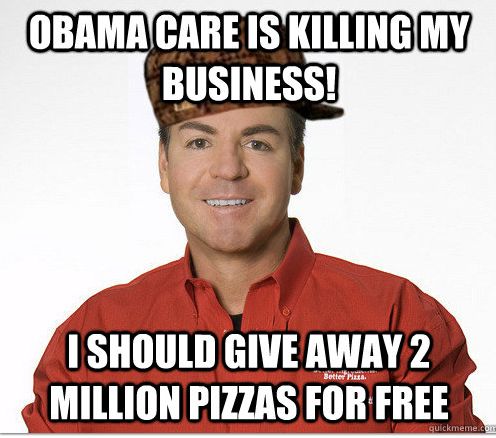