On Thursday's episode of "The Daily Show," Stewart played the role of proud papa, holding back tears while discussing the passage of California's Prop 30. Approved Tuesday by California voters, the ballot initiative will raise the sales tax and increase taxes on the state's wealthiest residents.

"California actually decided to pay for some of the sh*t they want to do," he mused. "My baby's growing up!"

But the Golden State seems to be growing up just a little too fast for the host, who was shocked that the electorate also voted to preserve the death penalty system.

"What's up California? Paying the bills, thinning the herd?" asked Stewart. "You're turning into your dad!" 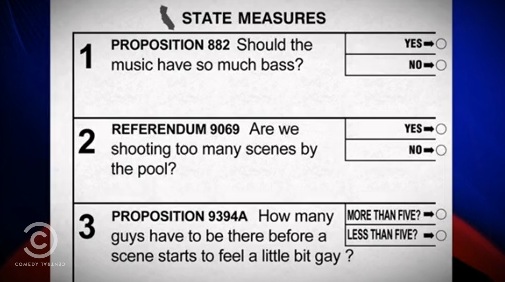 Screenshot via The Daily Show

California's ballot initiative system is a familiar topic for Stewart. During an interview with former California governor Arnold Schwarzenegger last month, Stewart marveled over the initiative system's potential to wreak havoc on the state budget, noting it takes only a simple majority vote amongst the public to decide on programs, but a supermajority in the state legislature to approve new taxes.

The good news? The Golden State is a "perfect symbol." The bad news is that California is a perfect symbol of everything that's wrong with the United States.

"They make it so you can't raise taxes but the people can also vote on what they want," said Stewart on California's ballot proposition system. "So it's the perfect symbol for the difficulties we have in the country of getting the services we want while convincing people that they do have to pay for it."

Take a look at other ballot initiatives that California voters decided on this Election Day. 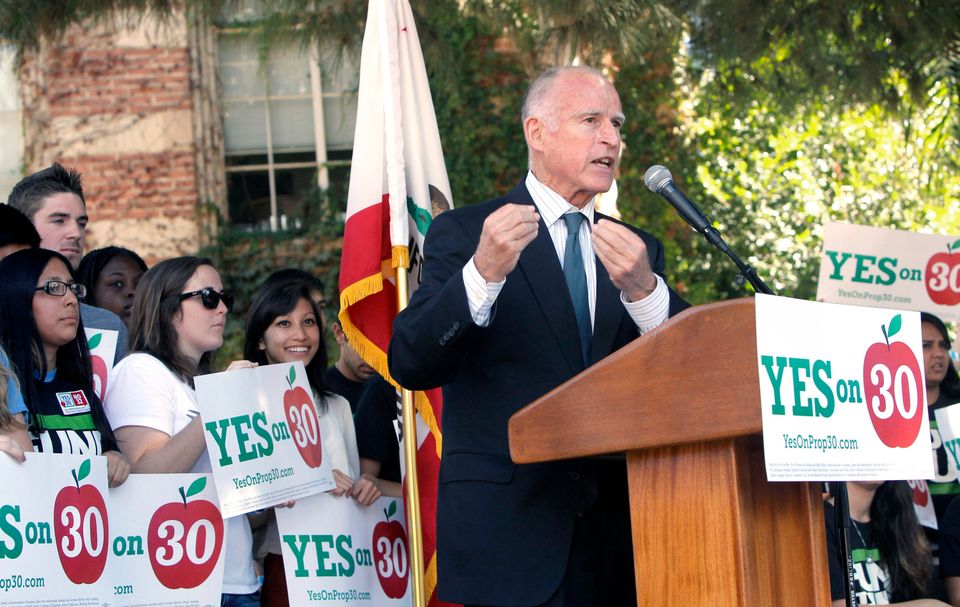