If the war over Rush Limbaugh truly is "tired," then why are people like Jonah Goldberg still fighting it, in insipid little columns, like the one he's written for the L.A. Times, "The tired war on Rush Limbaugh." I mean, we get it: Limbaugh has successfully recast himself as the Great Emasculator, and he's scalping sacks left and right -- Michael Steele is the latest example. All the Democrats are doing is sitting back and enjoying the spectacle, right?

Well, not exactly. Goldberg is apparently aggrieved that anyone would object to Limbaugh's oft-repeated sentiment that he "hopes Obama fails." Observe the eternal sunshine of Goldberg's spotless cranial void as it attempts to write its way to credibility:

Well, given what Obama wants to do, I hope he fails too. Of course I want the financial crisis to end -- who doesn't? But Obama's agenda is much more audacious. Pretty much every major news outlet in the country has said as a matter of objective analysis that Obama wants to repeal the legacy of Ronald Reagan and remake the country as a European welfare state. And yet people are shocked that conservatives, Limbaugh included, want Obama to fail in this effort?

What movie have they been watching? Because I could swear that conservatives opposing the expansion of big government is what conservatives do. It's Aesopian. The scorpion must sting the frog. The conservative must object to socialized medicine.

Besides, since when did hoping for the failure of ideological agendas you disagree with become unpatriotic? Liberals were hardly treasonous when they hoped for the failure of George W. Bush's Social Security privatization scheme.

Since when? Uhm...I could go on for about a thousand words on this, but happily, Sadly, No! has provided us with a picture that makes my point rather nicely: 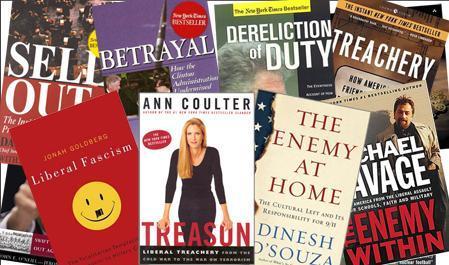