Biologist Jonathan D. Allen has become a parasite expert by default -- "default" of a worm that somehow found its way into his cheek.

Allen specializes in invertebrates, but he's getting more attention for a paper he published in the Journal of Tropical Medicine about his experience as a host for "Gongylonema pulchruma," a type of parasitic worm usually found in livestock.

Allen, 36, an assistant professor at the College of William and Mary in Williamsburg, Va., first discovered the creepy creature last December while teaching a class.

"It was in the mucosa [the fleshy part of the cheek]. The first three months, it was in the back of the throat in places I could touch with my tongue," he told HuffPost Live. "I could feel it with my tongue but not my finger. It wasn't until it moved to my lip that I could see it and was willing to talk to someone other than my wife and confess this was in my body." 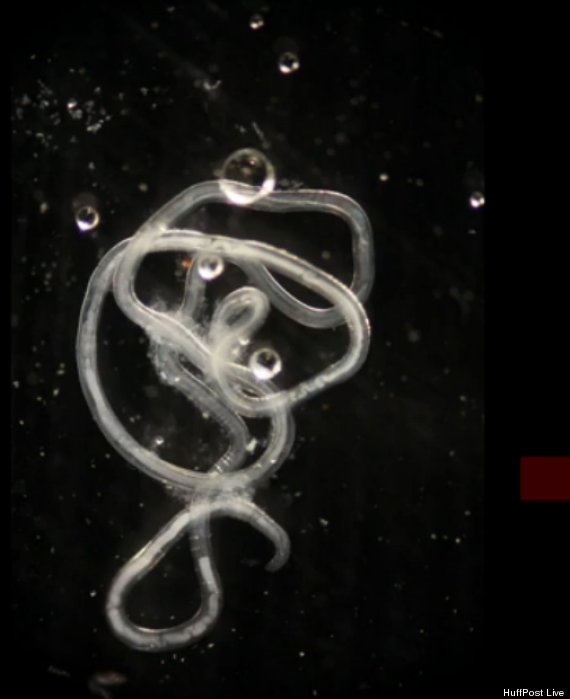 But talking with experts didn't necessarily result in a quick resolution to his worm problem.

Allen's dentist referred to him to an oral surgeon, but when he went to his appointment with photos, and other information he had discovered about his ailment, the specialist told him he wasn't that special.

"He said it was a normal discoloration in my mouth and he sees it all the time," Allen told HuffPost Live.

Considering the worm was in Allen's mouth, his reaction to the diagnosis makes perfect metaphorical sense: His jaw dropped.

“I said, ‘Look, I study these things for a living.’ And he said, ‘Well, I look in people’s mouths every day.

“I paid my co-pay and left. It was totally depressing.” 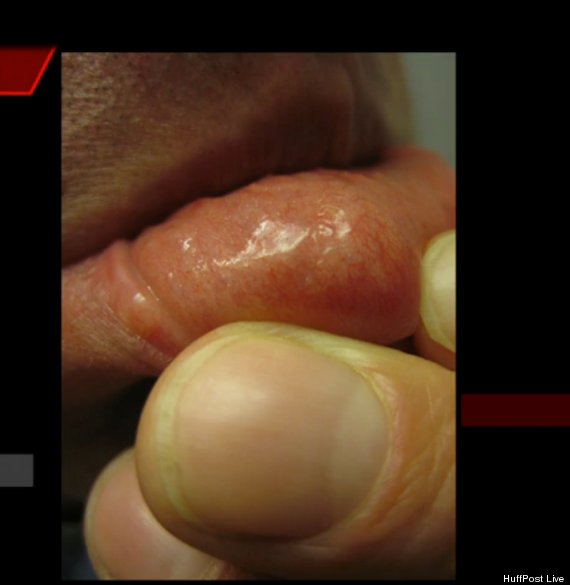 The next morning, Allen cheekily decided to take matters into his own hands.

"I grabbed forceps and removed it from my cheek with my wife's help," he told HuffPost Live. "Then I started researching it to identify it."

Turns out, Allen's neighbor was an expert on the type of worm that had instilled itself in his lips.

It also turned out that his unwanted guest was the 13th such case reported in the U.S. and the 60th reported worldwide.

Allen's worm is no longer in his cheek, but it still is in his life. He keeps the critter in a jar. 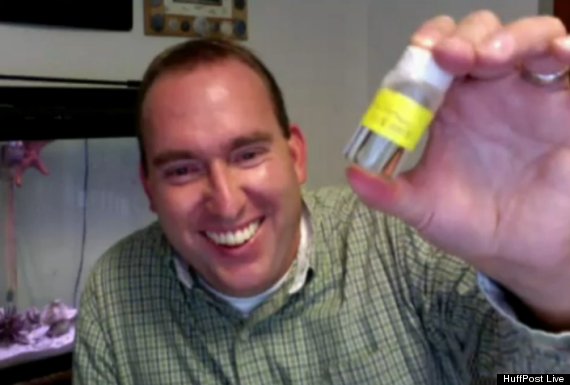