Groff, who is currently starring in Lin-Manuel Miranda's "Hamilton" at New York's Public Theater, crooned a tender version of the famous Judy Garland/Barbra Streisand medley, "Get Happy/Happy Days are Here Again," to mark the occasion.

The 29-year-old "Glee" and "Spring Awakening" veteran said he was excited to participate on behalf of his musical director and friend, Mary-Mitchell Campbell, who moderated a U.N. panel yesterday on how happiness can impact global issues. In addition to her work on Broadway musicals like "Finding Neverland," Mitchell is the founder and executive director of Artists Striving to End Poverty, or ASTEP, which aims to "connect performing and visual artists with underserved youth in the U.S."

"Hearing that you bring happiness to people from performing means everything," Groff told The Huffington Post in a statement. He also wanted to get the word out about how everyone can make a difference via the Happy Acts campaign, a Live Happy magazine initiative.

And what makes Groff the happiest these days? "Spending time with my 2-week-old niece."

Mitchell said she wanted to be involved in the panel because she's found that "happiness is a choice."

"People who are happy also have a sense of contentment, and that allows for them to see and connect with others because they aren't as focused on just themselves and their problems," she said. "That connection point is needed for us to start to deal with the bigger issues the world faces."

Groff can be seen in the series finale of "Glee," which airs March 20. The second season finale of "Looking" will air March 22. 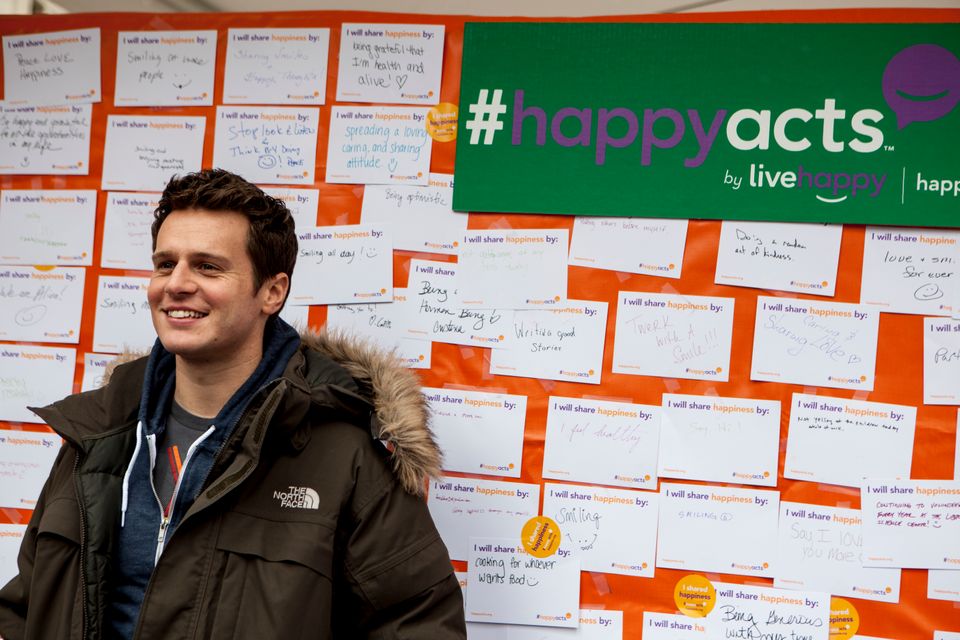