It's been 15 years since six-year-old Jonathan Lipnicki stole the show opposite Tom Cruise in "Jerry Maguire." And now, Lipnicki can legally get into bars.

Yep, the former child star celebrated his 21st birthday in Las Vegas, with family and friends in attendance to join in on the fun. He tweeted his excitement on Saturday.

Thanks to everyone who is wishing me a happy bday! It means so much!

So, what has the former scene stealer been up to since his "Jerry Maguire" days? He went on to star in 1999's "Stuart Little" and 2002's "Stuart Little 2," as well as "Like Mike" and a few TV guest spots. Now, he spends a lot of time focusing on weight training and jujitsu, according to PEOPLE, but is also getting back into the acting game.

He can be seen in this year's crime film "For the Love of Money" and the 2012 movie "Tag," according to the Internet Movie Database.

But staying out of the spotlight doesn't mean the drama stays away. Lipnicki was also in the news earlier this year when he successfully obtained a restraining order against a women he briefly dated who reportedly accosted him in his apartment.

Check out the photo from Lipnicki in 1998 and at his 2011 birthday celebration below, and well as photos of former child stars who avoided the curse. 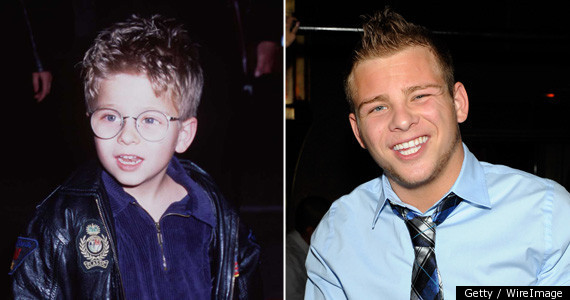 Child Actors That Succeeded In Adulthood