Jonathan Winters hasn't lost a beat in his 86th year: He's funnier than ever! If you've watched this veteran comedian over the years, you know his humor, you understand his quirky tangents. If you ask him a question, be prepared to hold on to something tight because you're going for a mental high-end rollercoaster ride, and you're not sure when it's going to slow down so you can catch your breath.

Baby Boomers will know the Ohio-born comedian from his classic movie "It's a Mad, Mad, Mad, Mad World" and his character-driven guest appearances on "The Jack Paar Show," "The Tonight Show" with Johnny Carson, "The Dean Martin Show" and "The Steve Allen Show," where his improvisational, loose-cannon style of comedy served him well. Younger audiences know him as the voice of Grandpa Smurf in the 1980s cartoon TV show and Papa Smurf in the 2011 "The Smurfs" film. Winters shared details of his long life with us, including what he wants to be doing when he takes his last breath.

I hear you just got out of the hospital with bronchitis. How are you feeling today?

Well, that's a big question. I'll tell you -- reading off the card. It says I'm fine. The weather is hot.

I've been a fan of yours forever so thank you for talking to me. How old were you when you first discovered you were funny?

I guess when my parents got divorced. My mother and father were very strange people. They tried to be funny which is always very sad to me. It's like the person that pulls the chair out from under you and laughs. They told a lot of jokes. I tried to tell them desperately all my life and the years that I was four to eight ... my dad was an alcoholic, which made for a fun parent. He quit when the war broke out and didn't drink after that, thank God. They were divorced when I was seven. My mother had a radio show -- a Barbara Walters type of gal and was very successful for about 20-some years on a radio station. I guess I found myself with my parents at an early age -- 10 -- doing little shtick, pretending I was a little sea captain.

Your comedy routines were always clean, no cursing. Was that a deliberate choice?

I know you can be funny without being filthy. You can be risqué, blue, naughty, dirty -- it's another thing to be filthy. Richard Pryor had his scene ... we're all rebels. Color has nothing to do with it as far as I'm concerned. Pryor is a genius in his own right. You have Lenny Bruce, you have Mort Sahl, and you have all these guys ... Robin Williams, and we're all rebels. I didn't want to do jokes. I do people.

You did some great characters. Where did Maude Frickert come from?

Maude came from an aunt I had. My grandmother's sister was crippled. We use to play cards, and she always gave me a little thimble full of brandy, and I guess that started me out to be an alcoholic, but she was funny. She was bedridden most of her life, but she had a great sense of humor. She said, "When you come into the room, don't bring flowers because they wilt. Bring money. And don't bring candy because I'm a borderline diabetic. And don't stare at me, and for Godsake, don't ask me how I feel. Just say, Are you still crippled?" I loved that. (Laughs) She said, "Don't put the flowers in the window, because I can't see the brick wall."

Do people recognize you on the street now?

A woman came up to me the other day [I'm in a wheelchair] and she said, "Are you who I think you are?"

"Aren't you in the movies or television."

And I go into character (He goes into a mid-western drawl) ...I said [to the woman], "I'm Leland Buckhorn. I'm from Cheyenne, Wyoming. Do you go to rodeos? Well, you see I broke a whole side of me, my ribs are broke, broke my nose - I was thrown against the fence in Cheyenne. I got a silver buckle out of Calgary, I'm not wearing it today."

With that, a woman came up ... very pretty. I'd say about 60. And she said, "Helen" -- meaning her friend -- "You know who this is? This is Jonathan Winters ... what have you said to her?!" Well, you could tell by the voice she's a bitch ... and so, she said, "Are you making fun of my friend?! She's a Stanford graduate, and very wealthy, and they live here in Santa Barbara."

I said, "I steal at night, but only cowboy equipment."

"Yes, I am, and you're a very beautiful woman but, of course, you've had a lot of work done."

"You know, my husband doesn't like you, and I don't think you're a bit funny."

"You're not alone. Thousands can't stand me. My mother and dad didn't like me."

"Why are you in that wheelchair?"

"Mental case. I pretend that I'm crippled in this chair [in case] I see someone that is cute with a huge purse."

Robin Williams and I are good friends. I have a great admiration for the guy who did the Church Lady ...

Yeah. I wanted to play Grandma Frickert [on SNL with the Church Lady] as a sinner and say, "I wonder if you could save me. I'm being serviced by five men. That's not good. Help me, help me. I want to find God and surely he wouldn't OK this. Do you speak to him often?"

Did you ever appear on SNL?

No. I thought you came in on a Friday and did the show Saturday. No, you came in Monday and worked every day in rehearsal. Why do I have to rehearse? I come out and do something, and go back and do two sketches and on top of that it's only five grand. So I said, for a top show -- Saturday Night Live -- and you're only getting five [thousand dollars]? Come on, who's getting the big money? And they said, "It's for exposure." Really? Try to go to Nordstrom's or Saks and buy a suit on "exposure."

You were married for many years. Tell us about your long marriage to your wife, Eileen.

My wife died three years ago. We were married 60 years. Although we had a good marriage, there were little bumps in the road which broke the axels in the car. She went to five colleges ... and ended up at Ohio State with a Masters. At 17, I quit high school. I said, "Education is a mistake. That's the place to have sex and biology and Physics III ... and sex again before you have to study."

She was once asked by Newsweek or somebody: "Mrs. Winters, what was your first impression of Jon?" I spent three years in the Marines, so when I married her I looked like a Marine ad ... 32-inch waist, oh God, I weighed 170. I was in shape. You could crack walnuts on me. She said, (mocking her voice), "Well, it was love at first sight." So they turned to me, and Eileen starred at me thinking 'Oh, God, what's coming.' They said, "Now, Jonathan, what were your first impressions of Eileen?" And I told the truth. I said, "I couldn't wait to get her clothes off."

Did Eileen laugh at you? Did she find you funny all those years?

She laughed as long as she could stand it. It would be about a minute. I never saw her fall down. She didn't have my humor. I stood in front of my wife one night -- granted I was drinking; I haven't had a drink now in 54 years -- but in trying to be funny, I rented a gorilla costume. About 9 o'clock I came home, stood in front of her with a banana. I said, "You have a choice of me or the banana, and the banana has potassium." She said, "You asshole!"

What's the secret to a long, happy marriage because I've been married for 36 years, and I haven't figured that out yet.

I am getting out. It's called divorce. If I get out now, will you marry me?

(Laughs) Well there's a strong chance. I'm 86. I'm a canoe without the paddle. You don't want a guy who's crippled up.

What do you do for fun? What makes you happy?

It's interesting you should ask that. I'll turn, hopefully, 87 in November. And there's a gal that flies out to see me. She's a Chicago gal so we have a lot in common. She's been out here five times -- flown out here on her own money. She's just a sweetheart. What happens, I don't know. She's 60, I'm 86. I said, "I don't have that much time." Nobody knows. It gets pretty thin when you get in your 80s, you're getting pretty close. They can just do so much for you, and then it's over. You don't want to be crippled up and you don't want to be deaf and have just one eye. You can't wink at people. I've had a hell of a life. I've done more than I ever dreamed of.

I had cancer of the bladder and beat that, but at 86, things are beginning to fall apart. It looks like a good looking building but it's been gutted inside. Someone asked me recently: Are you afraid to die? I said: Oh, hell, no. I'm not afraid to die. It's how I die ... with a stroke -- cancer took my wife after 20 years -- people that are paralyzed and can't talk, people with Alzheimer's. I just want to be able to lie down, hopefully with a [nice, young] Caucasian woman and say, 'Give me a kiss,' and go. I really want to be cremated. My wife was. But I'd also like a marker, maybe back in Dayton -- a parking meter that says: Expired. And then for a quarter, I'd talk to you.

What do you want to be remembered for?

Well, the most terrible fear that anybody should have is not war, is not a disease, not cancer or heart problems or food poisoning -- it's a man or a woman without a sense of humor.

For more of Pat Gallagher's interview with Jonathan Winters, visit her blog. 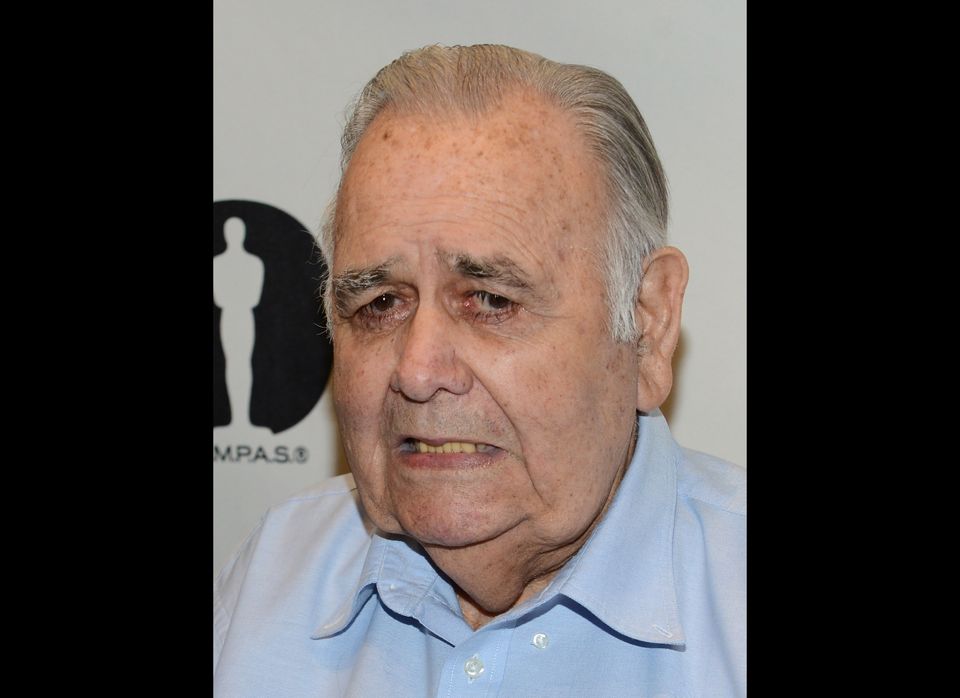