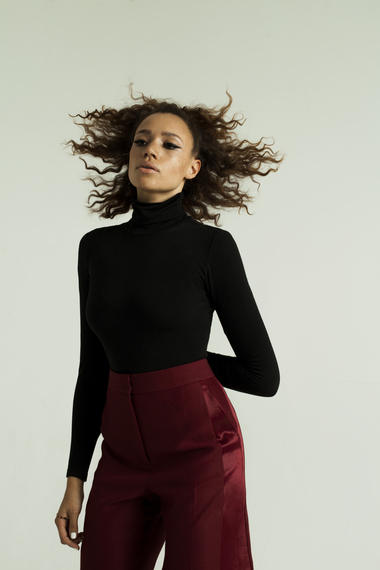 Honne packed the house at Webster Hall on August 15th in New York City but it was newcomer JONES that left the crowd screaming for more. After performing her thirty minute acoustic set to a captivated audience, she told me, "I love it when the crowd gets involved. I love to try to draw people in. I'm so happy people were clapping along with me." Each song had every person in the iconic venue clapping and snapping along with the 25-year-old sensation from London. Her confidence on stage resonated with an often hard and always honest army of New Yorkers.

Her debut album New Skin drops on October 7th and music fans all over the world are in for a delicious treat. The singer's sound even caught the attention of Grammy award winner Sam Smith who called the her music, "Fucking beautiful and highly recommended." Recalling the moment she heard Smith was a fan, JONES glowed, "It was a massive surprise. My friend told me to check my Instagram. I had a look and I just went crazy. I look up to him. He has a great voice and a great career. It's so good to get support from people like him."

Smith wasn't the only person to throw his support behind the stylish mid-20s singer. JONES had an amazing support system over the years that helped shape her into the person that she is today. While growing up, her mother would play reggae, soul and pop records in the household. It was destiny that the singer would take elements from each style and infuse them into her own unique and memorable sound. When reflecting on her mom, JONES said with a smile, "We were very close growing up. She is a strong, independent woman and my ultimate role model." JONES would practice her craft at open mics at a young age and recalled an instance that meant a lot to her. She told me, "I was really young when I was doing those. Sometimes it would be empty. Sometimes it would be busy. Once a friend of mine started crying when she saw me and that gave me goosebumps. It made me want to keep going although I was very nervous." JONES fought through the nerves and would later go on to be featured on the Honne track, "No Place Like Home." The song put JONES on the map and made her a force to be reckoned with. 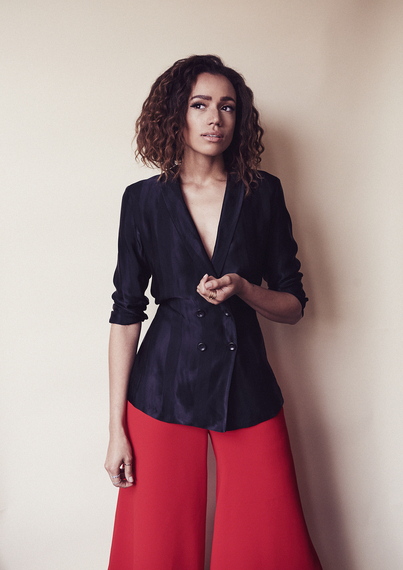 JONES wrapped up her tour with Honne on Monday and is now focused on releasing her album in just a few short months. After having great experiences playing to big crowds in places like Denver and the UK's Latitude festival, her new mission is to become a headliner in the United States and go to areas in the world she has not visited before. She made it clear that the acoustic performance she played at Webster Hall is different from what will be on the final cut of the album. She went on to explain, "It's a different vibe. The live stuff is just so exciting. It kind of grabs you and before you know it it's over. The studio is more therapeutic and performing in front of these people is more exhilarating. Total opposites but I love both." When asked what fans should expect when New Skin comes out, she said with a warm smile, "It's got a range of slower wistful songs and it's got more upbeat optimistic music. It is really my coming of age diary turned into songs. It's quite personal but I always end up baring everything in music. I think you have to be honest. It's emotional." One of the standout tracks from New Skin is "Waterloo." When questioned what the song is about, JONES explained, "Waterloo is a station in London. It's a reflection of a time in my life when I had to let someone to go. It wasn't an easy decision but I knew it was the best thing to do. It was me being nostalgic for the past."

Before taking the stage one last time for a surprise performance with Honne, JONES left with parting words that anyone could relate to. "Music is my free therapy that I use. Everyone gets down whether it's a relationship, friendship or just some bump in the road. My writing helps me get it out. Music is very healing and that's one of the reasons why I love it."