In the aftermath of the senseless shooting tragedy that took place in an Aurora, Colo. movie theater early on Friday morning, there has been endless speculation about the suspected shooter, James Holmes. Who is he? What were his motives?

At least one person is urging the public to shift the conversation away from the alleged perpetrator and toward the victims.

Jordan Ghawi lost his sister, 24-year-old Jessica Ghawi, on Friday when she was killed by a gunshot to the head. In a blog entry, Ghawi reflected on his sister's death.

"The outpouring of support for my family is overwhelming," he wrote. "Hearing from people from all of the world. My family thanks you. Let us continue to focus on the victims."

He also took to Twitter, imploring the public to "remember the names of the victims and not the name of the coward who committed this act."

Ghawi weighed in on the #RIPJessica Twitter hashtag, saying he appreciated it, especially because the shooter's name was trending on Twitter. However, he reminded readers not to forget that 11 others died along with his sister.

On Saturday, he added an update to his blog, saying his family would be declining all media interviews in hopes that some of the other victims' stories would receive more publicity. From the blog:

1025 (local): We will be declining all interviews today in hopes that the media will grant the other victims of this tragedy the same amount of airtime that they gave Jessica yesterday. Let us learn the stories, and celebrate the lives, of Alex Sullivan (27), Micayla Medek (23), Veronica Moser (6), Matt McQuinn (27), and John Larimer (27).

Jessica Ghawi was a budding sports journalist who had recently moved to Denver from San Antonio. In a tweet just hours before attending the midnight screening of "A Dark Knight Rises," she referred to herself as a "Redheaded Texan spitfire."

On his blog, Ghawi included a link to a 2010 YouTube video to demonstrate Jessica's personality for those who did not know her. Jessica, then an intern doing her first ever interview with a professional athlete, slips around on the ice, cracks jokes, and flashes an amazing smile.

In a strange coincidence, Jessica Ghawi was also involved in the Toronto mall shooting on June 2. She blogged about in on her personal site, writing about how thankful she was to have survived.

"I was shown how fragile life was on Saturday. I saw the terror on bystanders’ faces. I saw the victims of a senseless crime. I saw lives change. I was reminded that we don’t know when or where our time on Earth will end. When or where we will breathe our last breath. For one man, it was in the middle of a busy food court on a Saturday evening.

I say all the time that every moment we have to live our life is a blessing. So often I have found myself taking it for granted. Every hug from a family member. Every laugh we share with friends. Even the times of solitude are all blessings. Every second of every day is a gift. After Saturday evening, I know I truly understand how blessed I am for each second I am given."

PHOTO GALLERY
Night After The Shooting 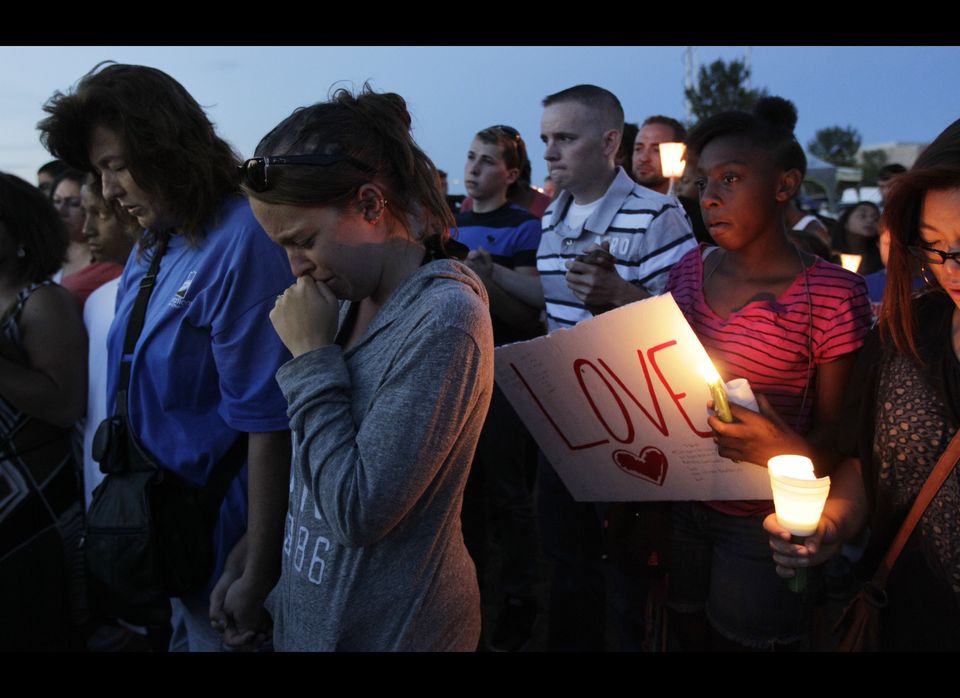