Jordanian police said on Sunday they found the burned body of a pregnant woman whose throat had been slit and belly cut open showing her four-month-old foetus, in an apparent "honour killing".

"We found the body of the woman at dawn in Ruseifeh (east of Amman). Her throat was slit in a hideous way. The body was burned after the murder," a police spokesman said.

"We believe it was an honour crime. The belly of the woman, who was in her twenties, was cut open and we could see her four-month-old unborn child, who was dead too. Investigations are still under way."

Between 15 and 20 women die in so-called "honour" murders each year in the Arab kingdom, despite government efforts to curb such crimes.

Murder is punishable by death in Jordan, but in "honour killings" courts can commute or reduce sentences, particularly if the victim's family asks for leniency. 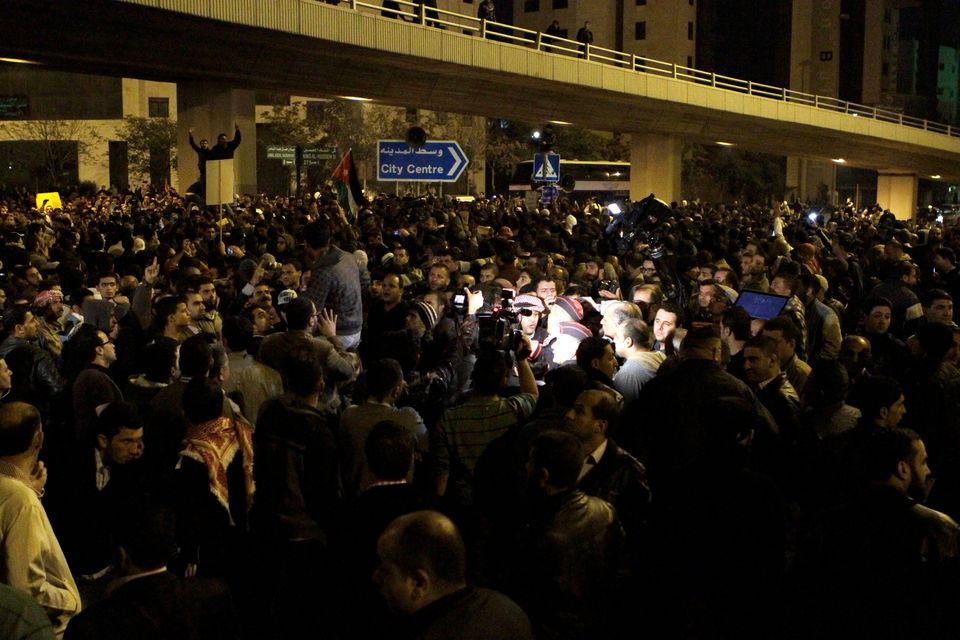 1 / 7
In this photo taken late Tuesday, Nov. 13, 2012, protesters take part in a demonstration following an announcement that Jordan would raise fuel prices, including a hike on cooking gas, in Amman, Jordan. (AP Photo/Raad Adayleh)
AP