As the seventh installment of Fast & Furious begins to unveil its promotional content, one of the franchise’s iconic stars says she continues to struggle with the death of co-star Paul Walker.

Jordana Brewster opened up to Cosmo For Latina’s Winter issue and spoke about working with her on-screen husband and dealing with his death. The “Furious 7” star also spoke about her Brazilian roots and how they come into play when it comes to loving her body.

Brewster has long been Mia Toretto, sister to Dominic (Vin Diesel) and wife of Brian O’Conner (Walker), in the speed-racing movie franchise. When asked about having to say goodbye to her friend and co-star, the Brazilian star said it’s been far from easy.

"It's the most difficult, intense thing I've ever been through,” Brewster told the magazine. “Just yesterday, I had a moment where I thought, Oh my God, I'm never going to feel the way I felt when I hugged him. We shared so many years of friendship, and he embraced life so much. The thing about Paul is he said hello to everybody. He didn't see people as different."

Walker died in a car crash in November 2013, while “Furious 7” was in production. Filmmakers decided to use computer-generated effects and the help of the actor’s brothers to finish his role in the upcoming film, set to premiere April 2015.

Off-screen, Brewster and husband Andrew Form recently welcomed baby Julian via surrogacy. The experience, she told Cosmo, has taught her a lot about relying on others.

It has also served as a reminder of how her Brazilian roots affect the way she views her body.

"The ideal is different,” the actress told the magazine. “The other day my nanny, whom I adore, and who is Brazilian, said 'Julian has big legs like Mommy.' And I said, 'What?' And she said, 'That's a good thing!'

“Having a larger butt, strong legs, and shapely thighs is considered beautiful, while being stick thin is not,” Brewster continued. “Brazilian women embrace their femininity and sexuality. To this day my mom wears platform heels and won't let my dad see her without makeup — she's super old school. I admire that, because Andrew has seen me in every state imaginable!"

Check out more on Cosmo For Latina’s interview with Brewster here. 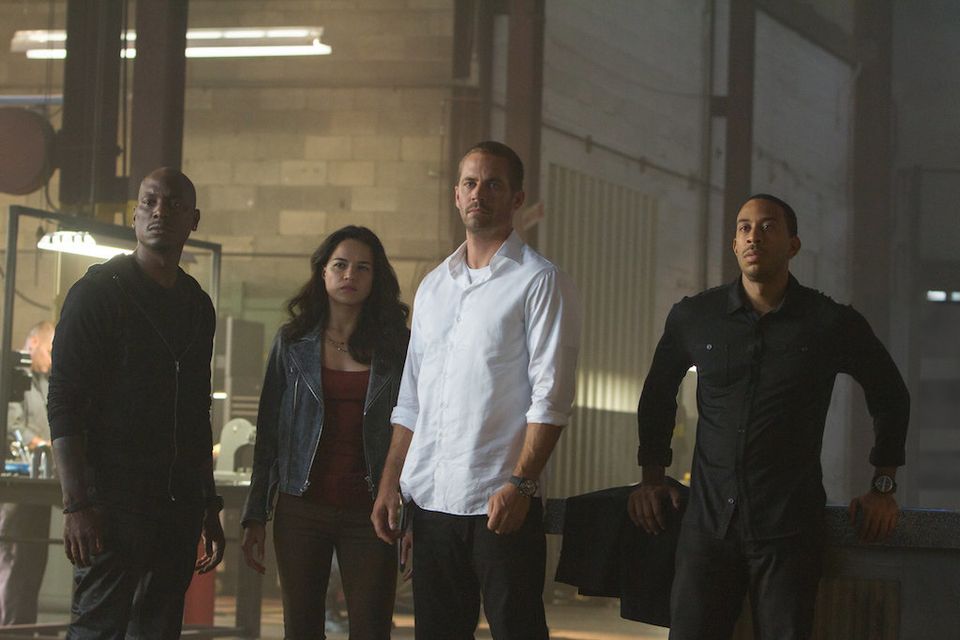