Ramos was the recipient of the Burton Benjamin Memorial Award, given for "lifetime achievement in defending press freedom."

Ramos, the Univision News and Fusion anchor and best-selling author, who has become one of the most respected and outspoken journalists in the United States, spoke about the importance of challenging forces of power, asking the tough questions and pushing back against press censorship worldwide.

"When we deal with the powerful, we have to take a stand," he went on. "I’m a reporter, I don’t want to be your friend. And trust me, you don't want to be my friend."

Ramos has used his passion for journalism to take a public stance on controversial issues like immigration, press freedom and abuse of political power. He spoke in detail about his own journey as an immigrant to the U.S., where he finally found his voice.

"Let me tell what it means for me to be a journalist and to be an immigrant," he said. "This defines me. I came to the U.S. after they tried to censor me in Mexico. So this country gave me the opportunities that my country of origin couldn’t give me. And, of course, when it comes to immigration, I take a stand."

Still, there is so much more that must be done to achieve justice for journalists around the world and we cannot stay silent, Ramos said. Silence, he reiterated firmly, is the enemy of journalism.

"Sadly, we stayed silent before the war in Iraq and thousands of American soldiers and tens of thousands of Iraq civilians died unnecessarily," he continued. "We have to learn from that. Silence is the worst sin in journalism. But the best is when journalism becomes a way of doing justice and speaking truth to power."

Ramos pointed to a quote by the great Nobel Peace Prize winner Elie Wiesel to bring his point home: “We must take sides. Neutrality helps the oppressor, never the victim.”

In closing, Ramos dedicated his award to all the journalists who have died in Syria and Mexico, including two U.S. journalists, James Foley and Steven Sotloff, earlier this year.

"You were our eyes. Now you are part of our soul," Ramos concluded. 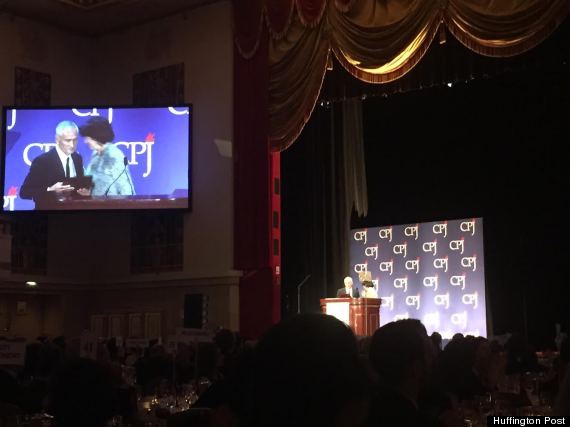 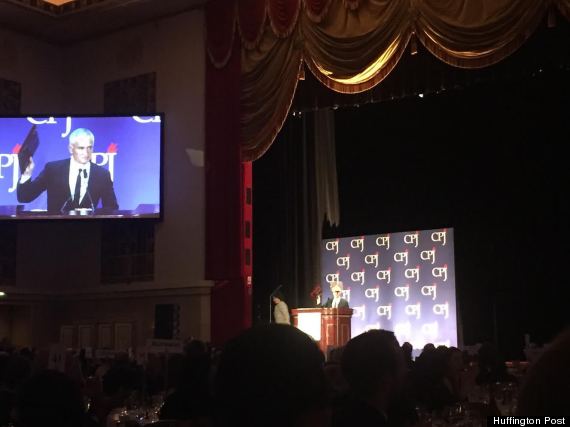 My friend @camanpour presents BB Award to the most influential journalist in America @JorgeRamosNews at @PressFreedom http://t.co/HugfoRNQeA