It was an unusually combative moment for the speaker's weekly press conferences, where reporters challenge Boehner on a number of issues, but usually don't directly accuse him of obstruction.

Ramos, an anchor for Univision and Fusion, has long been a supporter of immigration reform, and he hasn't shied from criticizing both Republicans who oppose legislation and also the president for his deportation record. Although Boehner has received praise from some for working behind-the-scenes on immigration reform, there haven't been votes on the issue in the House, and as speaker, he has received some of the blame.

In response to Ramos, Boehner reiterated his typical talking points: he wants immigration reform, but not like the bill passed by the Senate.

"The issue of immigration reform is an issue I've talked about for 18 months, starting the day after the 2012 election, and the fact that Congress needs to deal with this," he said. "And I've made it clear we're not going to deal with the Senate bill, a 1,300-page bill that no one has read. We're not going to do it. I think moving in a piece-by-piece fashion on this, in a common-sense way, is the way to do this."

He went on to say Republicans can't trust President Barack Obama to enforce the law, citing Obamacare extensions as proof.

"What does Obamacare have to do with immigration reform?" Ramos said. "The Senate passed it almost a year ago, and you haven't moved on that. Many people are questioning your leadership and your vision on this."

"I just gave you an answer," Boehner replied. "There's nobody more interested in fixing this problem than I am. But the president --"

Ramos interrupted. "You can do it, and you really haven't done it," he said.

"I appreciate your opinion," Boehner said. "Thank you." 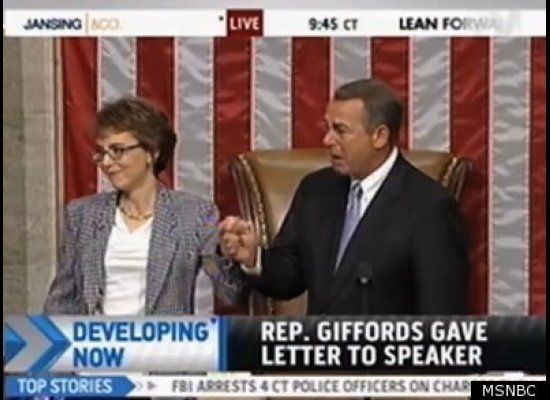