The Day of the Dead is a great day to remember one of the great artists who most heavily influenced the way Mexico portrays death: José Guadalupe Posada.

An illustrator and political satirist, Posada’s prints of skulls and skeletons left their mark on Mexican popular culture and have become a fixture of Day of the Dead imagery that appears every year around Nov. 1.

Born in the northern Mexican town of Aguascalientes in 1852, Posada began studying art at the age of 18. While serving as an apprentice to printer and graphic artist José Trinidad Pedroza, Posada began to experiment with the political satire and the lithography and etching techniques he would become famous for. Over a career that spanned four decades, Posada created some 20,000 images, according to the Arizona Republic.

With a disdain for the corrupt government of dictator Porfirio Díaz and the aristocratic class that benefitted from his rule, Posada’s political satire struck a chord with everyday people. His work adorned the covers of the tabloids of the day and accompanied recordings of corridos, a storytelling song form popular on the U.S.-Mexico border.

Posada died an impoverished man in 1913 in Mexico City. His remains were deposited in a mass grave seven years later after no one claimed them, according to Rafael Barajas Durán’s biography Posada: Myth and Mitote.

In honor of the holiday, check some of them out in the slideshow above. 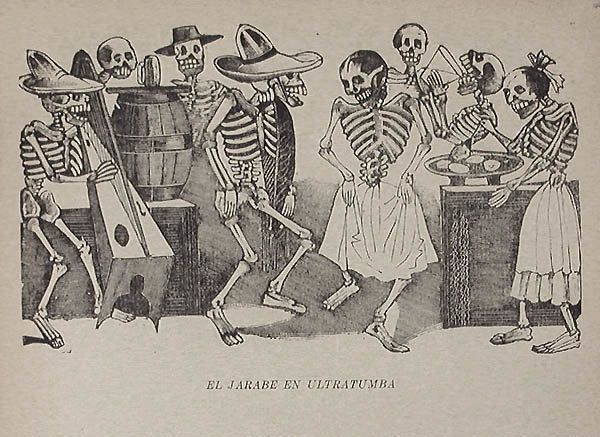 1 / 18
El Jarabe de Ultratumba (The Folk Dance Beyond the Grave)
Images from <a href="http://commons.wikimedia.org/wiki/Jos%C3%A9_Guadalupe_Posada">Wiki Commons</a> and <a href="http://www.artoftheprint.com/artistpages/posada_jose_guadalupe_cuatrozapatistasfusilados.htm">Art of the Print</a>.
José Guadalupe Posada 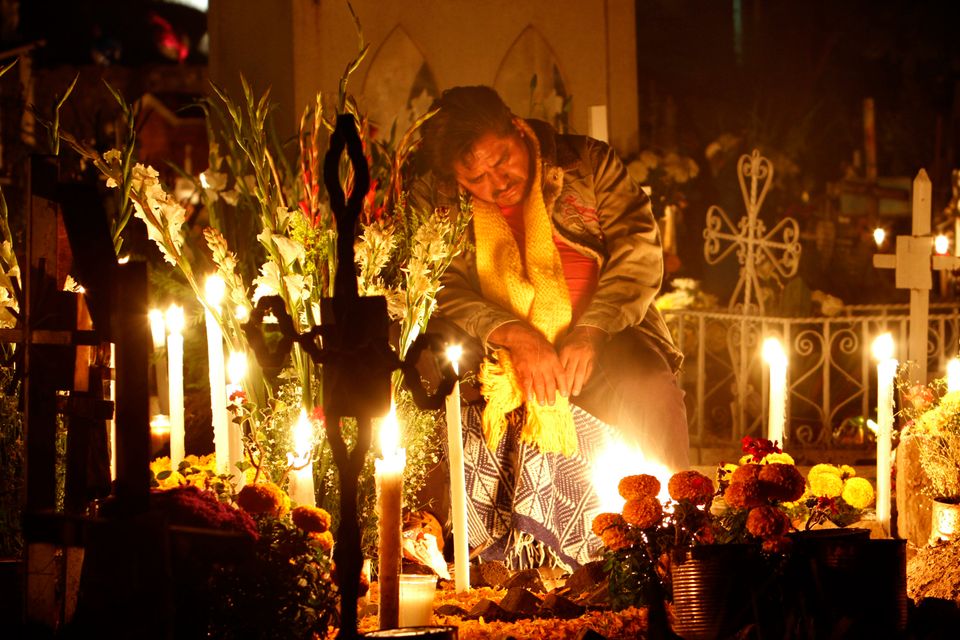 1 / 39
A man rests at the grave site of a departed loved one at the San Gregorio cemetery during the Dia de los Muertos or Day of the Dead holiday on the outskirts of Mexico City, Tuesday Nov. 1, 2011. A tradition that coincides with All Saints Day and All Souls Day on Nov. 1 and 2., families take picnics to the cemeteries and decorate the graves of departed relatives with marigolds, candles and sugar skulls. It is believed that the lit candles and the scent of the marigolds guide wandering souls back to their waiting families. (AP Photo/Marco Ugarte)
AP