Back in the golden age of civic portraiture, a powerful painting didn't just capture a subject's likeness, but communicated status, power and wealth. Instead of aiming for the truest resemblance, artists created idealized versions heavy on the theatrics.

Enter José Lerma, a Spanish-born, Chicago-dwelling artist who is determined to bring the civic portrait back with a vengeance. His newest exhibition at the Museum of Contemporary Art in Chicago, "BMO Harris Bank Chicago Works," is rooted in civic portraiture's grand tradition but is anything but traditional, featuring materials such as commercial carpet, electric keyboards, and military parachutes.

For his MCA exhibition, Lerma took inspiration from the names of the museum donors that dwelled on plaques around the space, creating a gallery-sized depiction of the founders and first presidents of the merger between the Bank of Montréal and N. W. Harris & Co.

Lerma's work exude a vigorous playfulness with just a hint of something sour, resembling children's cartoons that begin to decompose. Holland Cotter compared Lerma's earlier work to the "freakish" depictions of Philip Guston and Carroll Dunham, though the artist lacks the stomach-turning grotesqueness, instead leaving the most subtle unsavory aftertaste amid the sweetness.

The exhibition runs until December 3, 2013 at the Museum of Contemporary Art in Chicago. See a preview of the freakishly delightful works below. 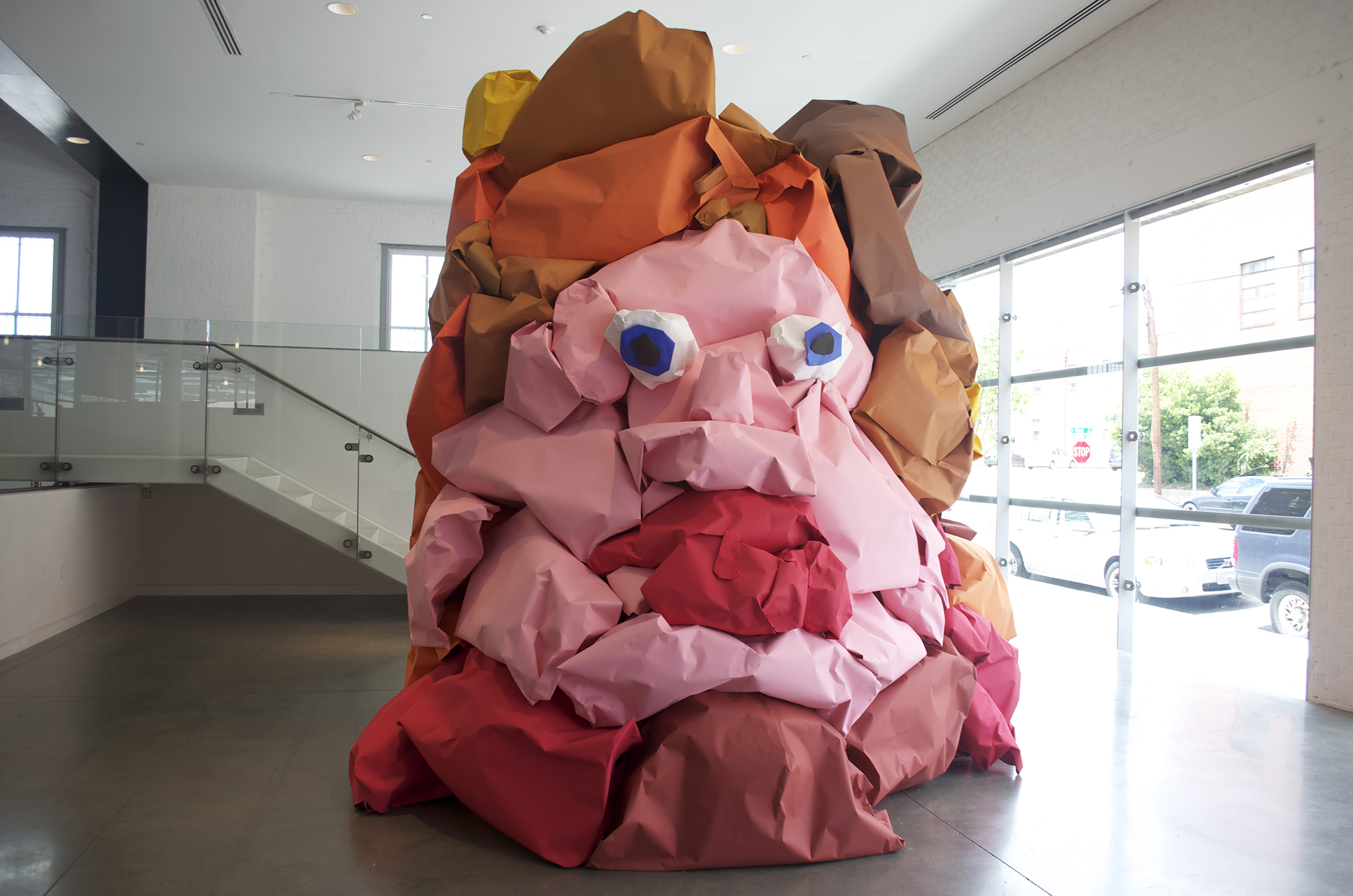 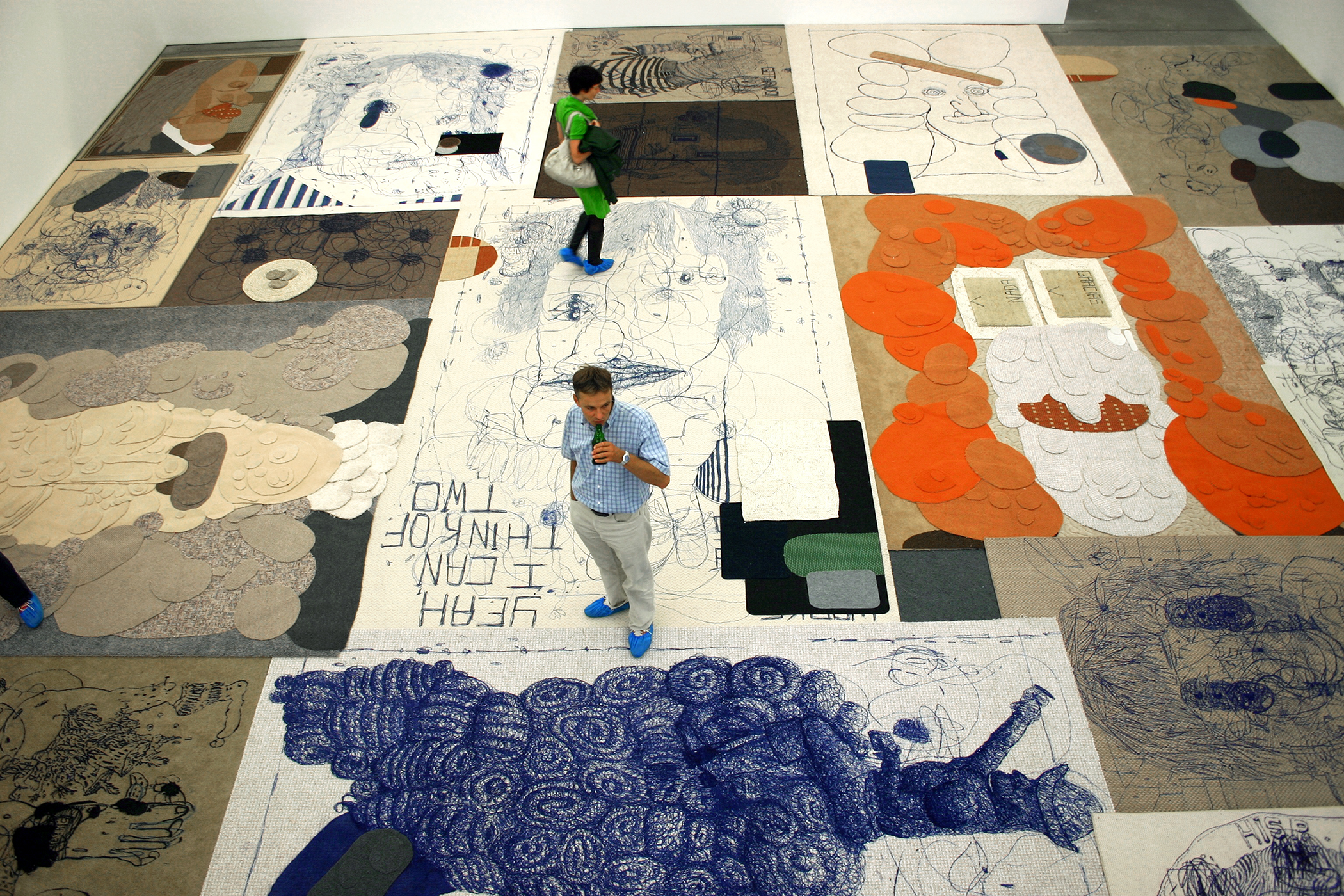 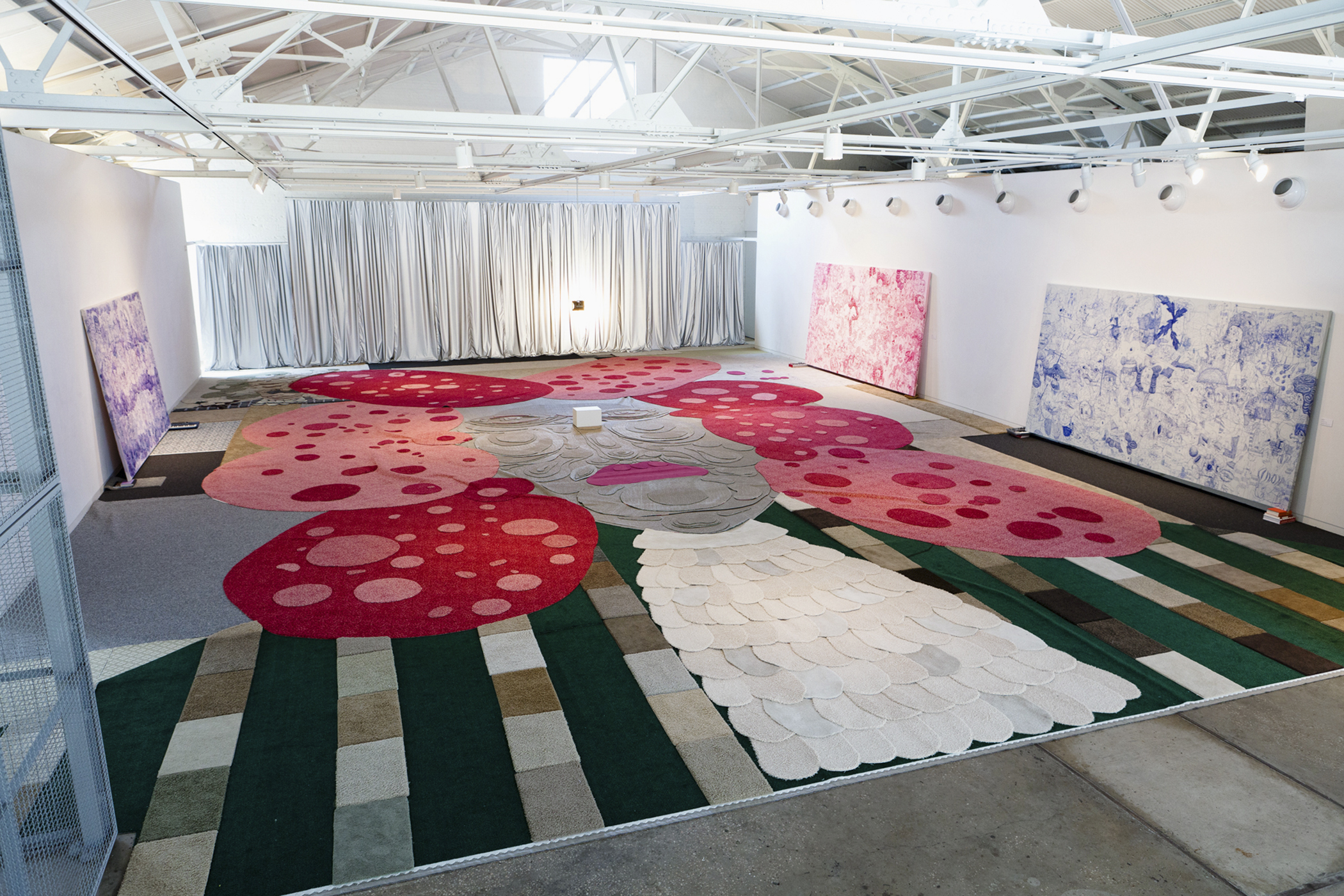 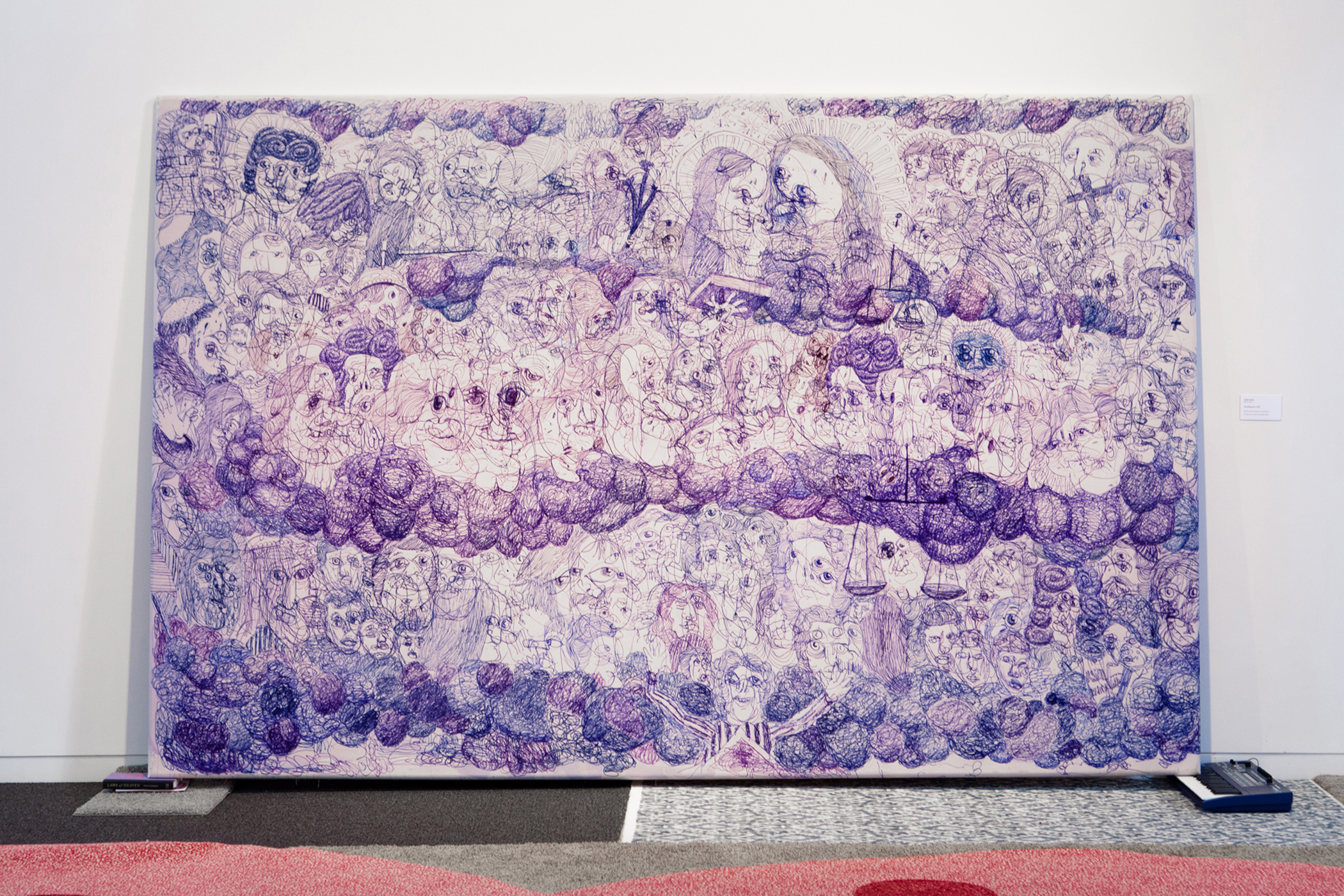