José Lerma's "The Credentialist" is on view at CAM Raleigh 'til September 2, 2012.

Liz Markus is an artist living and working in Brooklyn. Her 6th solo will open June 16 at Ille Arts, Amagansett, New York. 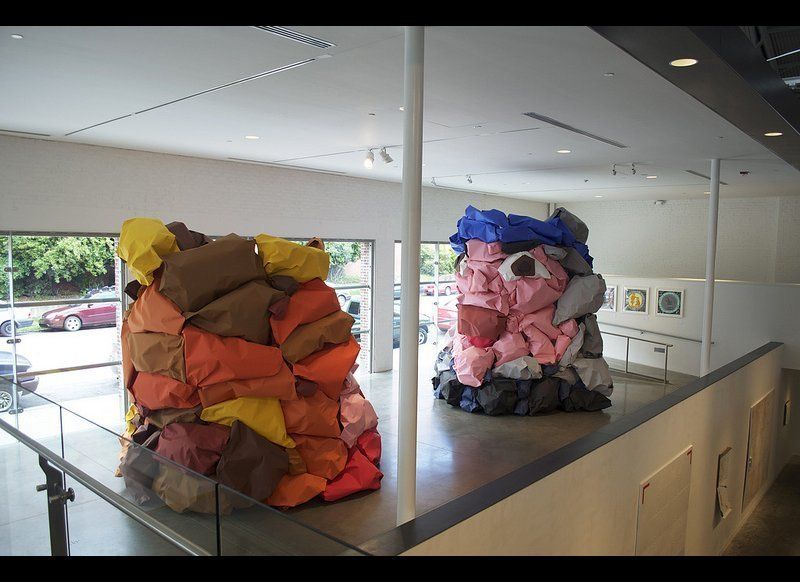 1 / 4
The Credentialist
"The Countess and The Godmother" collaboration with Hector Madera, crushed photo -backdrop paper 2012