NEW YORK -- The mother of the man accused of plotting to build and detonate bombs in New York said Monday that her son had grown increasingly frustrated in recent weeks by his inability to find work.

Her account adds twist to the official version of the Saturday arrest of accused terrorist Jose Pimentel, 27, whom authorities described as a staunch follower of American-born Muslim militant Anwar al-Awlaki.

Authorities said at a Sunday night press conference that Pimentel was set on unleashing a deadly bombing campaign against U.S. military personnel returning home from war and had plans to target post offices and police stations.

Pimentel, a convert to Islam who was also known as Muhammad Yusuf, apparently was moved to action after the death of al-Awlaki, who was killed in a drone strike in Yemen in September, authorities said. The suspect had come close to building at least three bombs when he was arrested.

But Pimentel's 56-year-old mother, Carmen Sosa, said her son's biggest gripe appeared to be his inability to find employment, a common problem in the upper-Manhattan neighborhood Hamilton Heights, where Pimentel has lived since arriving from the Dominican Republic with his family at the age of 5.

Pimentel once worked in retail, Sosa said, but had been out of work since 2009.

"He couldn't find work and that had him really down lately," Carmen Sosa told The Huffington Post. "He was very frustrated. It was hard on him. ... I don't know if it drove him to this situation."

"This is an isolated event," Espaillat told The Huffington Post. "Clearly this is something we didn't expect coming from someone in our neighborhood, which means that any young person could be open to being indoctrinated or led in that direction."

Espaillat acknowledged that unemployment is chronic in the Hamilton Heights, particularly for young men of color.

"It's definitely in the double digits, if not over 20 percent," he said. "This is a chronic problem that has to be resolved."

Since the announcement of his arrest on Sunday, discussions with Sosa and Pimentel's neighbors tell a story of a conflicted young man who became increasingly fixated on his adopted religion in the last years.

He converted to Islam after the 9/11 attacks and told others how to live more righteous lives, but he chained smoked and enjoyed salsa music. He was friendly and cordial, neighbors said, but sometimes broke windows and doors during angry outbursts in his building.

"I was afraid of him to tell you the truth," said a young neighbor, who asked not to be identified by name. "He was intimidating."

Simon Islam, who moved to the building with his wife and their two daughters from a quiet Houston suburb five months back, said he would often run into Pimentel outside having a smoke.

"He always said hello," he said. "He used to open the door for us sometimes when we had grocery bags. He use to give us an occasional, As-Salamu Alaikum [peace be to you] greeting."

One day when Islam was outside the building having beers with his cousins, Pimentel admonished them. "He said, 'That's not good,' " recalled Islam, who is a Muslim. "You shouldn't drink in the religion."

At a joint news conference Sunday, Mayor Michael Bloomberg and Police Commissioner Raymond Kelly said Pimentel began to plot the bomb attacks last August. The suspect had been under police surveillance for more than two years. Pimentel, they said, planned to test his bomb-making abilities by blowing up mailboxes.

"Pimentel talked about killing U.S. military personnel returning home from Iraq and Afghanistan, particularly Marines and Army personnel," Kelly said. "He talked about bombing post offices in and around Washington Heights and police cars in New York City, as well as a police station in Bayonne, N.J."

Kelly added: "Once his bombing campaign began, Pimentel said, the public would know that there were mujahideen in the city to fight jihad here."

Law enforcement officials told the Associated Press on Monday that the NYPD's Intelligence Division had sought to get the FBI involved in the case at least twice. Both times, the FBI concluded that Pimentel wasn't a serious threat.

The FBI thought Pimentel "didn't have the predisposition or the ability to do anything on his own," one of the officials said.

Pimentel's lawyer, Joseph Zablocki, said his client was not a true threat.

"If the goal here is to be stopping terror ... I'm not sure that this is where we should be spending our resources," he said.

Bloomberg said that Pimentel was a "total lone wolf" who was not part of a conspiracy and apparently had no known contacts among international terrorists.

Authorities said Pimentel considered changing his name to Osama Hussein in honor of "his heroes." The suspect made incriminating statements to a police informant, who recorded the conversations, authorities said. In October, he allegedly visited a Home Depot in the Bronx and a 99-cent store in Manhattan to gather bomb-making supplies, according to prosecutors.

Kelly said Pimentel relied on an article titled, "How to Make a Bomb in the Kitchen of your Mom," from Inspire, an English-language online publication from al Qaeda in the Arabian Peninsula, a Yemen-based branch of the terrorist network

Pimentel even considered traveling to "Yemen for training before returning to New York to become a martyr in the name of jihad," Kelly said.

Pimentel's mother said he converted to Islam sometime after the 9/11 terrorist attacks. She said he got a GED and briefly attended college before dropping out.

"I raised my son Catholic," she said. "I didn't raise him in that religion. He started reading the Koran and other books after 9/11. He was happy and friendly and had a lot of friends. That's how I remember him."

She added: "He's not as scary as he seems now. He ate a lot. He liked to exercise. He loved pasta and rice and beans and chicken."

Sosa, who works for a nonprofit agency, said her son loved salsa music and ballads but turned to Islamic music after his conversion. In recent weeks, however, he was listening to salsa again.

"I thought, 'I have my son back to the way he was,' " she said. "A mother only wants the best for her children, no matter who they are. I love him and always will."

Close to tears, Sosa said she would ask her son about his conversion but that he was evasive. "He said I wouldn't understand," she said. "He said he liked their ideas."

Sosa she felt like she owed New York an apology.

"My son is very smart but something went wrong," she said. "Some people will blame me but they don't know me and how I raised my three children. I love New York. I've had many opportunities here. I'm glad they stopped him and no one got hurt." 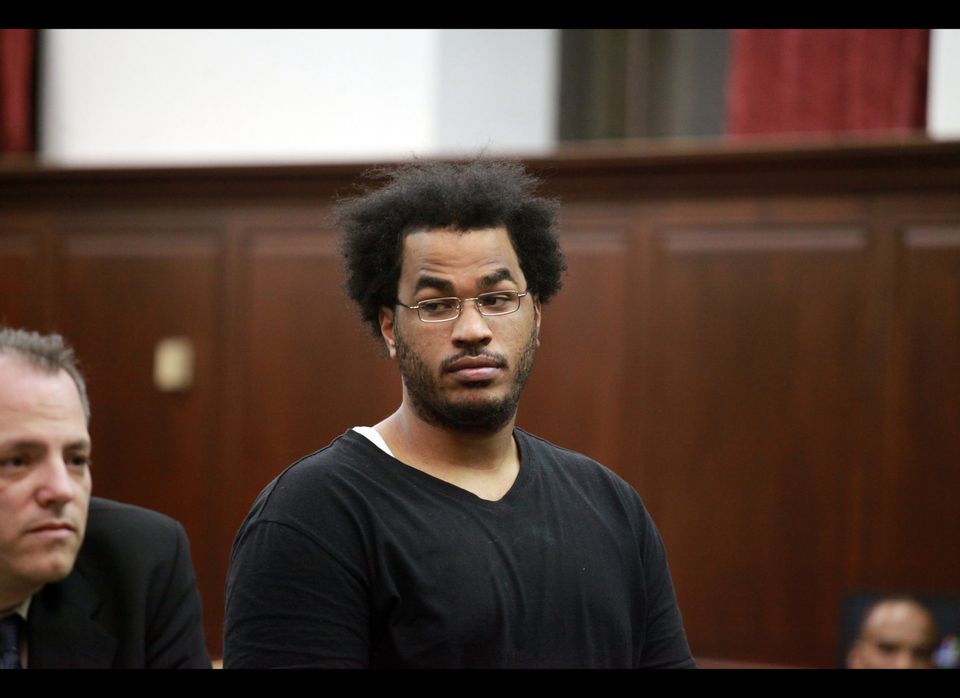