"Sure, games can get away from you in the seventh and eighth, but those last three outs in the ninth are the toughest. You want the guy who can handle that pressure. That, to me, is most important." -- Tony La Russa, former MLB manager

Jose Valverde will still be the Detroit Tigers closer if needed during tonight's Game 3 matchup at Comerica Park, says manager Jim Leyland. That's despite a pair of disastrous blown saves this October, both capping a season that failed to live up to Motor City sports fans' expectations.

"We'll see how the game plays out and go from there," Leyland told the Detroit News."I don't really have another set closer."

That's because Valverde was perfect in 2011 -- literally. The Tigers relief man completed 49 regular season saves, shattering the Detroit Tigers club record for most saves in a season held by Todd Jones. But in 2012, his 35 saves and a 3.78 ERA (his highest ever) haven't wowed the ballclub in his contract year.

There's no way to say whether Valverde will be the Tigers' closer next year -- but he's all they have right now.

And while bullpen regular Phil Coke racked up a save in Game 2 vs. the Yankees, most baseball pundits would bet that Coke will never blossom into a ninth-inning save specialist. Including Papa Grande.

""I'll be back," Valverde told reporters. "I have all my confidence, and I have my manager over there, and he has a lot of confidence in me too."

A pitcher who makes a living off his perfection during the final moments of a close ballgame can't question his powers and keep a spot on the roster. But Valverde's pronouncement is even more mystifying when taken in context with the deluge of bad press and viral mocking he's received since blowing two saves -- one in Game 4 of the ALDS series vs. Oakland, and Game 1 last Saturday vs. the New York Yankees.

"What is clear to those watching him in the locker room is he was not psychologically devastated by the bombing in The Bronx," wrote the Detroit News' Gregg Krupa.

Maybe Valverde just doesn't go online that often? Worse than jeers, radio hosts or sports columnists, Papa Grande's misfortune is now the subject of at least half-a-dozen internet memes that began last week. It seems like techies, Game of Thrones fans and even an elementary-school kid all have one thing in common -- a paralyzing fear that Valverde will indeed take the mound again tonight for Game 3.

Of course, if Valverde does mount an unbelievable comeback, he'll absolutely deserve a new meme of his own. 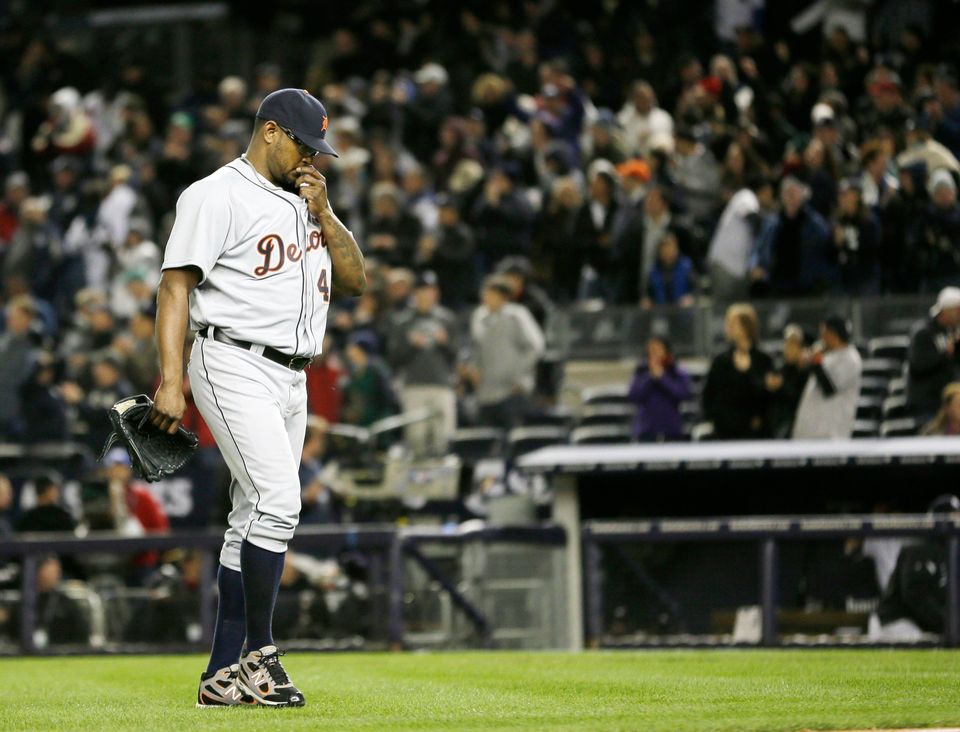