Janet Jackson and Sofia Vergara, take note: When you're having a wardrobe malfunction, Joseph Gordon-Levitt is the guy you want to have around.

Gordon-Levitt (or JGL, as he's known in these parts) was sitting next to Anne Hathaway at the Critics' Choice Movie Awards when her Oscar de la Renta dress slightly malfunctioned. According to an adorable photo posted by JGL on Facebook:

Annie tore the strap on her dress, but luckily I had a pin :o)

First off, we love Anne Hathaway as "Annie". Secondly, how adorable is JGL? Not only is he a helpful, Johnny-on-the-spot type, but he uses emoticons. Ryan Gosling, look out: this cutie is giving you a run for your money in the "Most Desired Imaginary Celebrity Boyfriend" department. 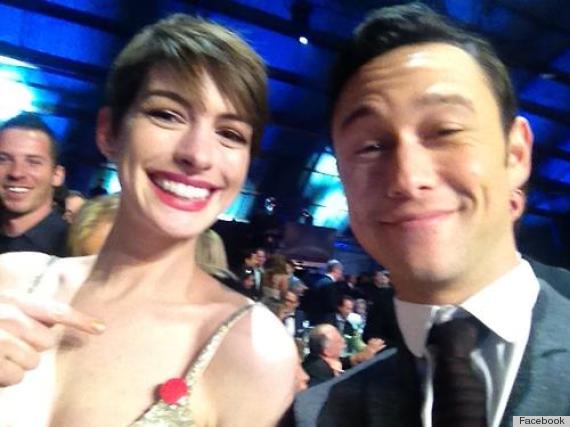 See stars who have suffered MUCH worse malfunctions: