Just who is this Joseph Kony guy, anyway? If you learned his name from the viral video that rocketed the notorious leader of the Lord's Resistance Army (LRA) to fame this week, the film producers' campaign to make Kony a household name appears to have succeeded -- but not without a massive backlash.

The half-hour video in question underscores the LRA's grisly atrocities, which include the murder, rape, and abduction of tens of thousands of people over the past two decades. According to Invisible Children, a San Diego-based NGO that launched the campaign, the purpose of the video was to make Joseph Kony famous.

Celebrities were quick to chime in and voice their support using the hashtag 'STOPKONY,' but the tide soon changed.

The campaign's newfound attention was quickly accompanied by criticisms of the Invisible Children organization, including its aid-spending practices, a controversial photo of the NGO's members posing with guns, and the project's neo-colonial undertones. A few of the hot topics:

Poor spending practices. The blog Visible Children claims that the NGO spends less on "direct services" than it does on transportation and compensation costs. "The bulk of Invisible Children’s spending isn’t on supporting African militias, but on awareness and filmmaking," the blog notes.

The Globe and Mail points out that while Invisible Children acknowledges that less than one-third of its budget goes to on-the-ground programs, the group argues that its mission includes advocacy and raising awareness.

Military action support. Invisible Children's support for military action also has come under fire. Chris Blattman, assistant professor of political science and economics at Yale University, warned of the dangers of such advocacy. "The savior attitude is pervasive in advocacy, and it inevitably shapes programming. Usually misconceived programming. The saving attitude pervades too many aid failures, not to mention military interventions. The list is long."

Posing with guns. A photo showing three members of Invisible Children holding guns and posing with members of the Sudan People's Liberation Army certainly didn't help with PR. The filmmakers have since explained that "the three workers in the photo thought it would be a good "joke" photo for family and friends." The picture, however, certainly lends to criticisms of...

Neo-colonialism. Over to you, Racialicious:

"...The way the campaign is presented–led by a white man’s voice, with groups of predominantly white American activists juxtaposed with survivors/victims who are African–paints a picture of neo-colonialism."

The Atlantic's Max Fisher adds that the campaign "subtly reinforces an idea that has been one of Africa's biggest disasters: that well-meaning Westerners need to come in and fix it."

"Invisible Children asked viewers to seek the engagement of American policymakers and celebrities, but – and this is a major red flag – it didn’t introduce them to the many Northern Ugandans already doing fantastic work both in their local communities and in the diaspora. It didn’t ask its viewers to seek diplomatic pressure on President Museveni’s administration."

Foreign Affairs also points out US-based advocacy groups' exaggeration of Joseph Kony as a uniquely evil figure. "They rarely refer to the Ugandan atrocities or those of Sudan's People's Liberation Army, such as attacks against civilians or looting of civilian homes and businesses, or the complicated regional politics fueling the conflict," the magazine writes.

Despite these criticisms, the film successfully underscores the grisly killings, abductions, and rapes committed by the Lord's Resistance Army (LRA). Kony's alleged crimes are undoubtedly horrific, and, as Ishaan Tharoor puts it in Time, "It’d be churlish to rebuke Invisible Children for wanting to help those afflicted overseas, while moving tens of thousands of previously apathetic Americans (at least to hit the re-tweet button) at home."

The film follows a child abductee named Jacob Acaye, who also recently spoke out in support of the Kony 2012 video.

"Until now, the war that was going on has been a silent war. People did not really know about it," Jacob told The Guardian in a phone interview.

Jacob Acaye as a child.

As the firestorm swept the Internet, Invisible Children posted a response on its website, addressing a few of the concerns raised above.

Invisible Children posted rebuttals to the criticism on its website, saying that it has spent about 80 percent of its funds on programs that further its mission, about 16 percent on administration and management, and about 3 percent on fundraising. The group said its accountability and transparency score is currently low because it has four independent voting members on its board of directors and not five, but that it is seeking to add a fifth.

Last October, President Obama announced that 100 US troops would be dispatched to central Africa as advisers to those fighting against the LRA. Joseph Kony was indicted by the International Criminal Court in 2005, but he remains at large. 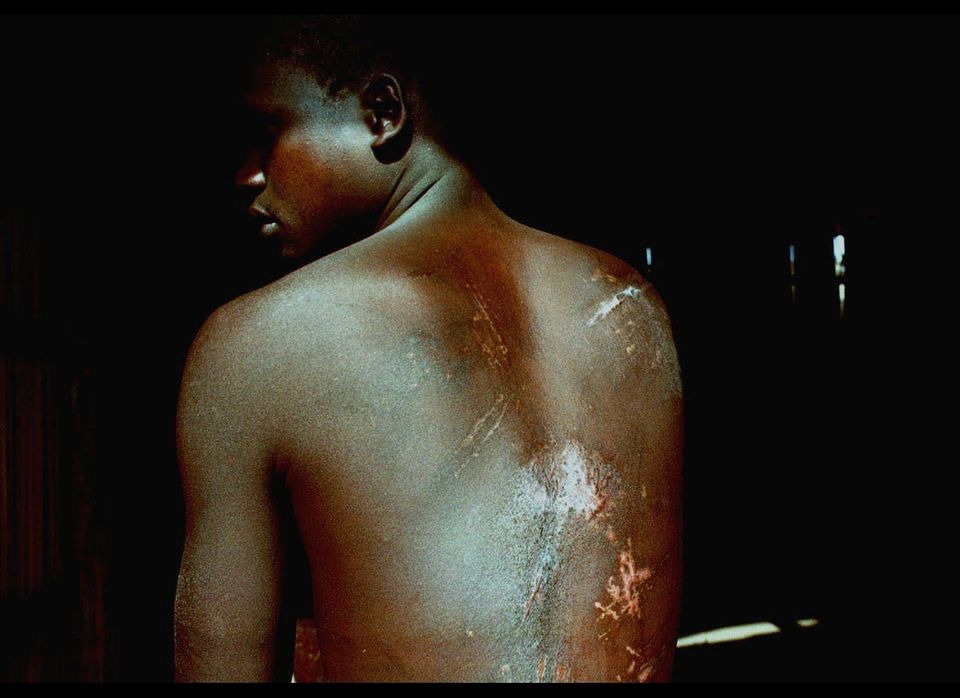