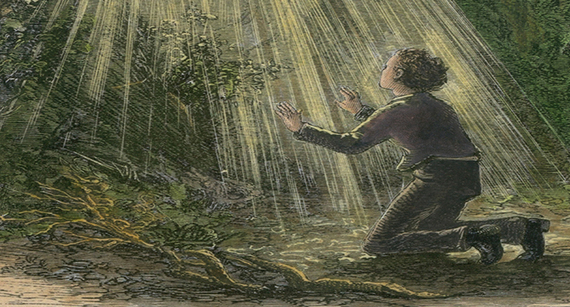 He's one of the oddest of the characters who roamed through our early republic. Joseph Smith Jr., at age 24, founded the only cult to become a world religion since Mohammed kicked off Islam in the year 622. Today, fifteen million followers worldwide believe that Smith, an upstate New York farm boy, translated a document inscribed on gold plates and recorded revelations that rewrote the Judeo-Christian tradition.

Smith's teachings set off a furor in his day. His followers have abandoned or downplayed some of his most radical ideas, but the controversy surrounding him has never entirely subsided. Smith himself remains a figure of fascination, his most famous literary work the subject of a hit Broadway musical.

Charlatan? Madman? Or both? Was Smith out a faker who drank his own Kool-Aid? Most Christians stay mute on the subject, aware that any religion can be depicted as hooey. Some devotees of competing sects attack Smith as a heretic who wrongly incorporated Jesus into his wacky theology. 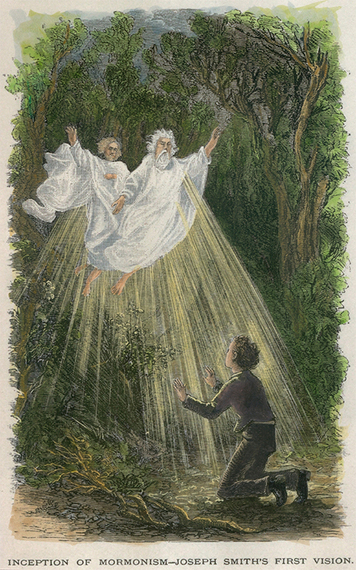 Less reverent commentators laugh off the prophet. Mark Twain famously labeled the Book of Mormon "chloroform in print." No doubt the Mormon scripture is convoluted and wordy. But the Bible at times falls into lists of "begats" that offer an equally effective remedy for insomnia.

The idea that full-fledged prophets were walking the earth in the time of Andrew Jackson and the first steam locomotives seems incongruous to most of us. Golden plates inscribed with "reformed Egyptian" writing, magic spectacles, and visitations from angels are easy to ridicule. The idea that the Western Hemisphere was populated by wandering Jews, who later morphed into Indians, seems bizarre.

What's the truth of the matter? A few things are (almost) beyond dispute. Smith's production of the Book of Mormon, an intricate, 600-page tome peopled by more than 300 characters, is a literary feat for the ages. That he dictated most of it in a period of less than three months and did not revise a single word before its initial printing is even more jaw-dropping.

That was only the beginning. Smith used the book as a springboard to found a brand-new religion, recruiting followers from around his family's home on the Erie Canal and from the neighbors of his wife's people near the Pennsylvania border. He established himself as the undisputed leader of this small congregation and almost immediately induced them to follow him westward. They trekked first to Ohio, then to Missouri and Illinois. Joseph sent proselytizers across the nation and to England-they sent back a steady stream of new converts.

The Church of Jesus Christ of Latter-day Saints did not rest solely on the Book of Mormon. Smith continued to pour out revelations, which he insisted came directly from the mouth of God. The idea that the Lord was speaking to mankind after a silence of almost two millennia was an exciting selling point for Mormonism.

Through these revelations, Smith established a novel, flexible and highly effective organization for the Church. He based it on a priesthood that included virtually all male believers and an overlapping religious and secular officialdom that guided the church through its early years. The structure has proven remarkably resilient down to present times.

Smith and his followers built from scratch a town on the Mississippi called Nauvoo. It became the second largest city in Illinois. His deft maneuvering gave his people plenty of political clout in the state. He even saw a path to the White House, throwing his hat in the ring for the 1844 campaign and encouraging Church recruiters to stump for him.

Add to it all the fact that Joseph was cheerful, athletic, and undeniably charismatic. He was a great story teller and a hard worker, who bought a steamboat from Robert E. Lee and got Abe Lincoln to support his city's charter in the state legislature.

If we think of religion as an art like music or literature, Joseph Smith's achievement can only be seen as an astounding masterpiece of the form. And he did it all himself. His was not a new interpretation of scripture-he created his own. He gathered believers. He set the rules. He grew the faith. Many have tried to do the same. In all of history, few have been as successful.

The man had his faults, as today's Mormons readily admit. A self-confidence that exceeds wisdom is the danger for any who flies so high. Smith defied God and came crashing to earth in an Illinois jail cell. Dissidents among his own followers put him there. They were alarmed by his insistence that they practice polygamy and that they put their faith in multiple gods. On a hot July afternoon, frontier thugs broke in and murdered him.

The loss seems both inevitable and tragic. His successor, Brigham Young, changed Mormonism from dynamic to dogmatic. The fantastic flights of imagination dried up. If Joseph Smith had dodged assassination, God only knows what fascinating new notions s might have flowed from one of the most fertile minds in American history. 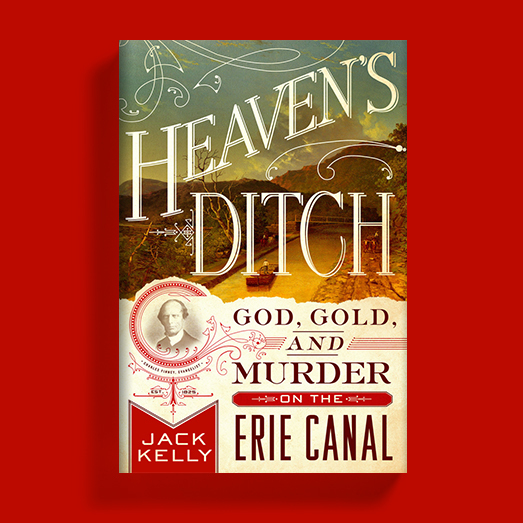 Jack Kelly is the author of Heaven's Ditch: God, Gold, and Murder on the Erie Canal (St. Martin's Press), a lively account of the canal and the many excitement generated along its banks.