The eighteenth century English painter Joseph Wright of Derby is sometimes described as a painter of portraits and lavish landscapes, but his two works that have always impressed me the most are those depicting candlelit scientific demonstrations given to a lay audience. Wright set out to beautifully communicate the shift in attitude towards science in the minds of ordinary people. Examine, for instance, the first of these paintings -- "An Experiment on a Bird in an Air Pump" (Figure 1). You will immediately notice that it is not so much the experiment itself that arouses Wright's interest. Rather, it is the excitement of scientific discovery being brought down to earth and made accessible to all -- for lay people could understand the essence of the experiment. The air pump, by the way, was invented in the mid-seventeenth century, and was soon recognized as a device that could demonstrate the effects of near-vacuum on both animate and inanimate objects. As air was being extracted from the glass bowl, the bird would grow increasingly convulsed, and then when air was readmitted, it would recover. Some scientists, such as self-taught Scottish physicist James Ferguson, realized that using a live bird in the experiment might be "too shocking to every spectator who has the least degree of humanity." Consequently, Ferguson recommended substituting some form of mechanical lungs in place of a live animal. 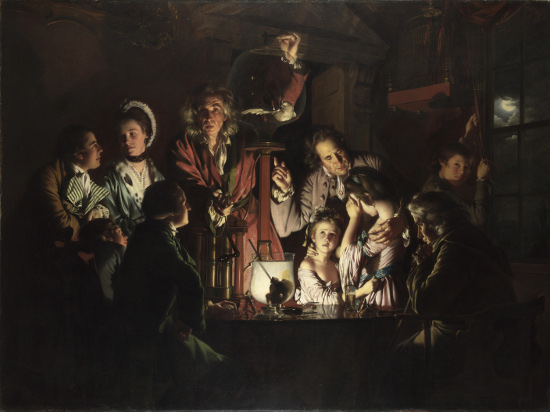 Figure 1. "An Experiment on a Bird in an Air Pump" by Joseph Wright of Derby. National Gallery, London.

Wright's second painting, "A Philosopher Giving a Lecture on the Orrery" (Figure 2), is equally fascinating. The Orrery was a device to make the principles of solar system astronomy palatable to the uninitiated. A lamp (hidden behind the older boy's sleeve in the painting) played the role of the sun, and the earth, moon and other planets were arranged around it at the appropriate distances. The orrery could reproduce the motions of the celestial bodies with the correct relative speeds. The "philosopher" in the painting was most likely the gifted clockmaker and geologist John Whitehurst, although Wright clearly painted him with characteristics reminiscent of those of Sir Isaac Newton (see, e.g., Newton's portrait by Sir Godfrey Kneller; Figure 3). At the left of the painting, the person taking notes was Wright's personal friend, the cartographer Peter Perez Burdett. 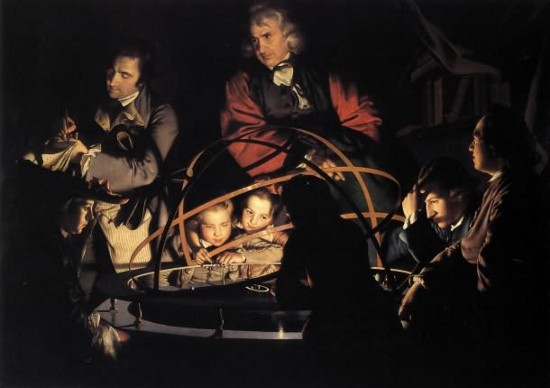 Figure 2. "A Philosopher Giving a Lecture on the Orrery" by Joseph Wright of Derby. Derby Museum and Art Gallery, Derby. 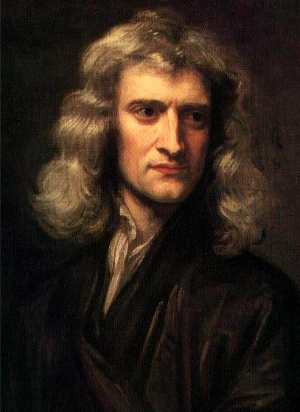 Wright took great care to present the scientific experiments as accurately as possible, never taking any artistic license. This may have been partly influenced by Wright's close connections to the "Lunar Society" -- a group of scientists, philosophers and industrialists that included the natural philosopher Erasmus Darwin, Charles Darwin's grandfather. Impressed by Wright's talent, Darwin even wrote about Wright's painting of Mount Vesuvius:

Hurls his red lavas to the troubled night."

Overall, there is very little doubt that Wright, called the "painter of light" by one of his biographers, left us some of the most dramatic descriptions of British enlightenment. His paintings provide a breathtaking chronicle of early scientific "outreach" activities.