America's most high-profile Christian conservatives often use their social media platforms and media prominence to extol the virtues of chastity -- only to get caught up in sex scandals.

The most recent example comes by way of Josh Duggar, one of the oldest kids from the hit reality TV show 19 Kids and Counting. Coming on the heels of a revelation last month that Duggar molested five young girls (including his own sisters), Americans have now learned that the outspoken opponent of same-sex marriage, abortion rights, and sex education was cheating on his wife with an account on the notorious dating site for cheaters, Ashley Madison. "I have been the biggest hypocrite ever," Duggar proclaimed in a public statement. "While espousing faith and family values, I have secretly over the last several years been viewing pornography on the Internet and this became an addiction and I became unfaithful to my wife."

Duggar is certainly a hypocrite, but it's arguable whether or not he's the biggest hypocrite of them all -- because over the past few decades, plenty of other religious conservatives could give him a run for his money at that title.

A short list might include names such as Jason Dore, executive director of the Louisiana Republican Party, whose information also appeared in the Ashley Madison dump. It would also include Newt Gingrich, the former Speaker of the House and 2012 Republican presidential candidate who cheated on two of his wives (including when he was calling for Bill Clinton's impeachment over the scandal involving Monica Lewinsky). There's also Evangelical pastor Ted Haggard, who despite his anti-gay rhetoric admitted to having an affair with another man. And former Sen. John Ensign of Nevada was revealed to have had an affair with the wife of a former staffer.

The list goes on, and on, and on. During the same month that he voted against an anti-discrimination bill, North Dakota legislator Randy Boehning sent an unsolicited picture of his genitals to a 21-year-old on a gay dating site. Former Gov. Mark Sanford of South Carolina had his status as a conservative darling was destroyed when he vanished for several days to have an affair with an Argentinian woman.

Then-Alabama Attorney General Troy King attempted to outlaw sex toys and opposed gay rights, before being caught by his wife having sex with a male college student. Another Southern conservative, Sen. David Vitter of Louisiana, had a reputation for promoting "old-fashioned" values when news surfaced his frequent engagement with the D.C. Madam. And who could forget former Sen. Larry Craig of Idaho, another anti-gay rights conservative, who was caught soliciting sex from a male undercover cop in the Minneapolis-St. Paul Airport bathroom.

Why does this keep happening?

When it comes to conservatives being caught up in sex scandals, the reason could be traced to what Sigmund Freud called the "reaction formation." The concept, as Freud coined it, signifies a hostile fight against outward symbols of inward emotions that are being stifled -- in other words, self-repression. As it relates to homophobic leaders cheating on their wives with other men, a study from a 2012 issue of the Journal of Personality and Social Psychology make shed some light.

The researchers discovered that individuals who identified as "highly straight" but had latent impulses for sex with other men were far more likely to favor anti-gay policies. In addition, those men were also more likely to call for stricter punishments against gay people who commit petty crimes. "Not all those who campaign against gay men and lesbians secretly feel same-sex attractions," explained Dr. Richard M. Ryan to The New York Times. "But at least some who oppose homosexuality are likely to be individuals struggling against parts of themselves, having themselves been victims of oppression and lack of acceptance."

All of this is because, as Dr. Christopher Ryan explained at Psychology Today:

If expression of sexuality is thwarted, the human psyche tends to grow twisted into grotesque, enraged perversions of desire. Unfortunately, the distorted rage resulting from sexual repression rarely takes the form of rebellion against the people and institutions behind the repression... Instead, the rage is generally directed at helpless victims who are sacrificed to the sick gods of guilt, shame, and ignorant pride.

Josh Duggar spent his life trash talking gays without any facts and suddenly WE'RE bullies for calling him out on his hypocrisy???

So Josh Duggar is a child molester AND an adulterer. What a fine Christian! #Hypocrisy

It's worth noting here that many of the right-wing objections to what they characterize as pathological sexuality are incredibly modern notions. Beliefs like the idea that there is a clear dichotomy between heterosexuality and homosexuality, or that the traits associated with womanhood are fixed, are relatively modern. They're the simultaneous product of industrialization -- which has created national and global cultures in place of purely local ones -- and a reaction to the dizzyingly fast social and cultural changes that have been wrought over the past two centuries.

These problems, then, may very well have a root cause. While sexually repressed lifestyles may not be psychologically healthy for individuals, there is nothing morally wrong or dangerous about deciding to follow an abstinent (or an otherwise sexually-conservative) set of values. The danger comes when one's individual sexual inclinations manifests in social policy, affecting others.

Although social conservatives claim to promote "old-fashioned" sexual values, it is necessary to understand that there are deeper psychological drives behind much of the political rhetoric. The personal intersects with the political, often with dire consequences for innocent men and women who want nothing more than to live according to their own inclinations -- and to do so free from persecution.

They have every right to do this -- and we, as a society, have a moral responsibility to protect them from hypocrites like Josh Duggar.

This story was originally published by the Daily Dot. 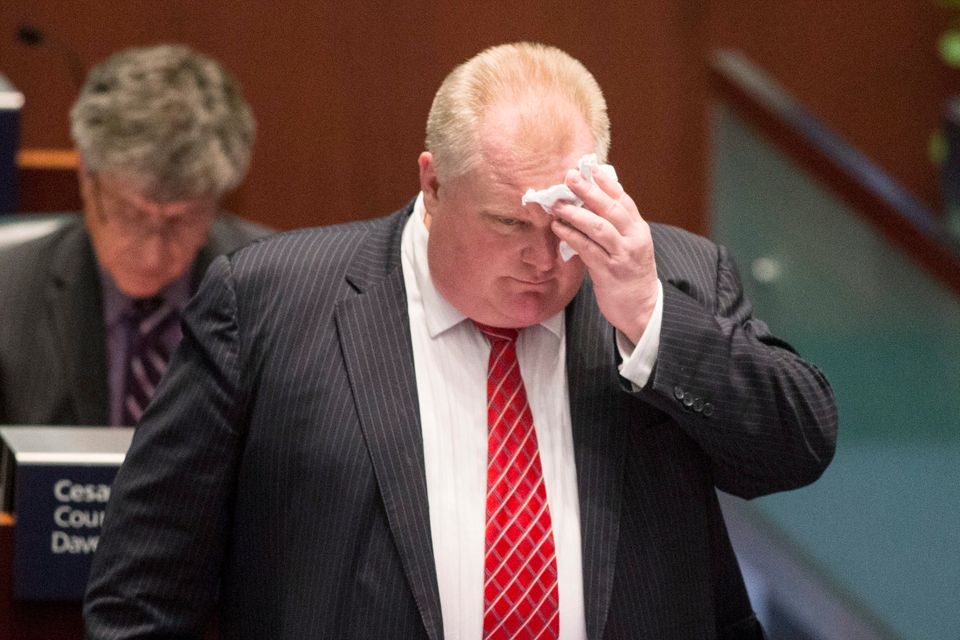 1 / 14
Rob Ford
In 2014, Toronto Mayor Rob Ford spoke openly about drug and alcohol abuse whilst in office, including his use of crack cocaine. He spent two months in rehabilitation during his term, and returned to work briefly before standing down at the next election.
Canadian Press