The Josh Duggar headlines holler HYPOCRITE and LIAR. No surprise as that's what addictive behavior breeds an abundance of -- lies, hurt, drama and yes, trauma, but Duggar's not alone as the Ashley Madison data hack continues to steamroll through Evangelical Christian leadership rolls. As the spokesperson for a conservative Christian organization, Duggar's double-life adds to the intrigue like some soap opera storyline. Yet the reality of treatment for a sex addict means stepping into the 21st Century, not rehashing voodoo Christian approaches that cause more harm than good like the spot Duggar has been admitted in. 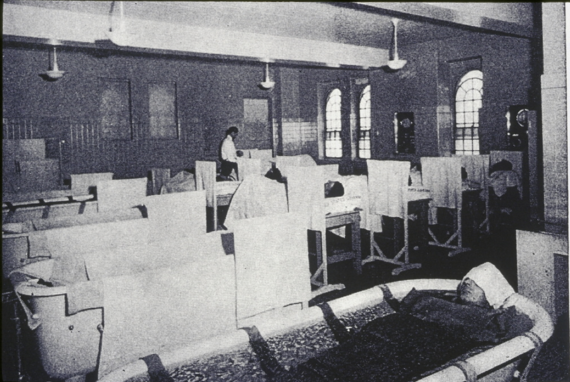 If reports are to believed, Josh now finds himself Reformers Unanimous waking up at 4:30 a.m. each day, smack dab in the middle of a Christian "rehab"/prison camp, where drinkers, druggers and Duggars are lumped together in a PRAY IT AWAY program treating alcoholics, drug addicts and those with sex addiction.

With no doctors on staff, and zero clinical team available to patients, Duggars will work through four workbooks over the next four to six months and prayerfully work to rid himself of unholy thoughts, feelings and behaviors...all the while working eight to 10 hours a day at a job the rehab gets a paycheck for.

Like some mental health asylum from the 1930's, Reformers Unanimous blames abnormal behavior on a litany of sins and thoughts, all the while working to cast Satan out of patients' trousers. According to their online sales claims, clients enjoy an "80% SUCCESS RATE!"

Shame on them. I'd like to cast the lies right out of them! Crummy, abusive, outdated treatment is never the answer.

I should know something about this sort of unholy rehab as it runs in my family. Back in 1984, I was sent to this sort of unholy terror cell to get rid of the "homosexual" living inside me. A "demon" was ostensibly "cast out" of me and my britches several times, only to return with a vengeance. I survived clearly, and today am a happily married man (married to a fella, 'natch), with a lovely meaningful life.

My family truly believed I had some sort of evil spirit inside of me.

It was a similar thing with my grandmother, Enid Elaine Ball, who in 1936 or so was checked into the Oregon State Mental Hospital against her will for postpartum depression and anxiety. She stumbled out of OSMH 40 years later having had a lobotomy, and lived in a half-way house until she died a few years later, alone. That version of rehab did everything BUT rehab her. 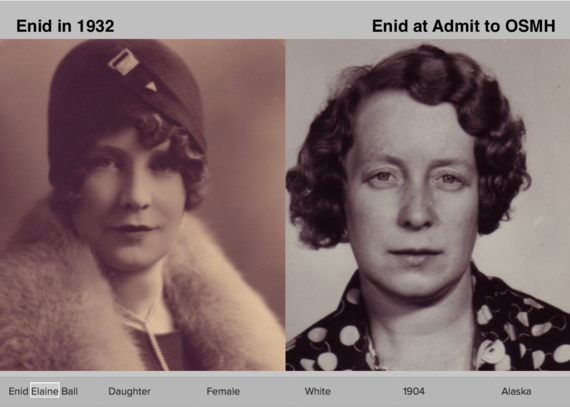 While I am sure Enid was treated with good intentions beginning in 1934 and like I was in 1984, so too will Josh be treated now in 2015 by folks who think this way is a sound approach to the madness. But it's a lie.

The notion of "sin psychology" has been abandoned for decades by the American Medical Association and American Psychological Association, yet drives these tragic approaches to behavioral health that should go extinct.

Why do people choose rehabs like this?
1) They're desperate for help and
2) Old beliefs die hard

I wonder if the Duggars were paid to place Josh there at Reformers Unanimous? I wonder, too, how long faithful followers will continue feeding off of, and holding fast to, an 80 percent success rate promise that's a lie?

I know this, it is high time we exit the past, and help those we love get real treatment, treating real problems with science, even while viewing each one as a beautiful unique spirit.