On Wednesday, video footage from the set of “A Dog’s Purpose” was leaked online, leading many to call the film’s treatment of animals into question.

Among those who spoke out about the video was actor Josh Gad, who voices the dogs in the film. In a post on Facebook, Gad said he was “shaken” after watching the video.

“As the proud owner of a rescue dog and a fervent supporter of organizations like PETA, I have reached out to the production team and studio to ask for an explanation for these disturbing images,” he wrote.

In the clip, which was obtained by TMZ, a crew member or dog trainer is seen forcing a German shepherd into rushing water. The dog appears visibly distressed as it attempts to claw its way out of the situation. The dog continues to resist the trainer but eventually gets in the water. It then ends up submerged for so long the handlers rush over to the dog in the stream, telling the crew to “Cut it!”

The film’s director, Lasse Hallström, also spoke out about the footage.

“I am very disturbed by the video released today from the set of my film ‘A Dog’s Purpose.’ I did not witness these actions, which are unacceptable and would never happen with my knowledge,” he said in a statement. “We were all committed to providing a loving, respectful and safe environment for all the animals in the film. I have been promised that a thorough investigation into this situation is underway and that any wrongdoing will be reported and punished.”

According to Deadline, the dog and handler seen in the video were hired by Amblin Entertainment (the production company behind the film) from Birds & Animals Unlimited. The Huffington Post has reached out to BAU for comment and will update this post accordingly.

BAU’s practices have been called into question before by PETA. The animal rights organization has also called for a boycott of “A Dog’s Purpose” after seeing the footage.

“PETA is calling on dog lovers to boycott the film in order to send the message that dogs and other animals should be treated humanely, not as movie props,” they said in a statement obtained by People.

After the video surfaced, a representative for Amblin told TMZ the dog, named Hercules, was not forced to complete the stunt in the scene and that he had “several days of rehearsal of the water scenes to ensure [he] was comfortable with all of the stunts.”

The production company added, “On the day of the shoot, Hercules did not want to perform the stunt portrayed on the tape so the Amblin production team did not proceed with filming that shot.”

You can read Amblin’s full statement below:

A DOG’S PURPOSE, produced by Amblin Entertainment and distributed by Universal Pictures, is a celebration of the special connection between humans and their dogs. And in the spirit of this relationship, the Amblin production team followed rigorous protocols to foster an ethical and safe environment for the animals.

While we continue to review the circumstances shown in the edited footage, Amblin is confident that great care and concern was shown for the German Shepherd Hercules, as well as for all of the other dogs featured throughout the production of the film. There were several days of rehearsal of the water scenes to ensure Hercules was comfortable with all of the stunts. On the day of the shoot, Hercules did not want to perform the stunt portrayed on the tape so the Amblin production team did not proceed with filming that shot.

Meanwhile, a spokesperson from the American Humane Association, the group responsible for ensuring the safety of animals on film and TV sets, told The Associated Press they are investigating the situation.

UPDATE, Jan. 20, 2017: Universal Studios reportedly canceled the movie’s premiere and press junket on Thursday. The event was to take place in Los Angeles over the weekend.

In a statement, Universal and Amblin said:

Because Amblin’s review into the edited video released yesterday is still ongoing, distributor Universal Pictures has decided it is in the best interest of A Dog’s Purpose to cancel this weekend’s premiere and press junket. Amblin and Universal do not want anything to overshadow this film that celebrates the relationship between humans and animals.

Since the emergence of the footage, Amblin has engaged with many associated with the production of the film, including safety personnel, trainers and stunt coordinators as part of their in-depth review. While we are all disheartened by the appearance of an animal in distress, everyone has assured us that Hercules the German Shepherd was not harmed throughout the filmmaking.

“A Dog’s Purpose” is scheduled for wide release on Jan. 27. 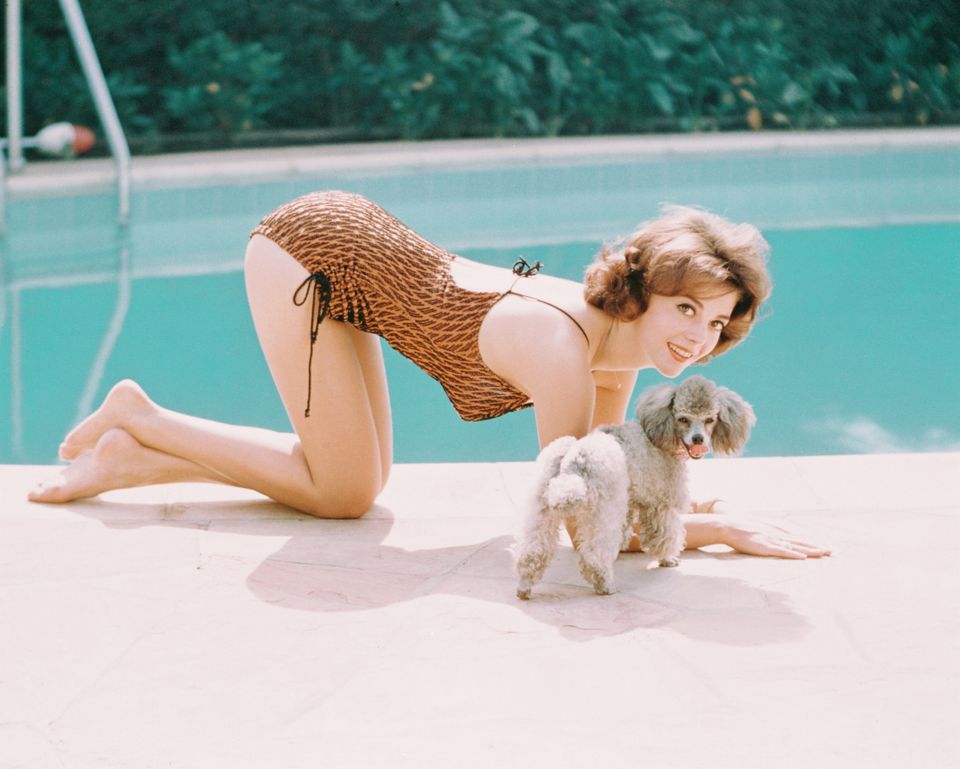 1 / 19
Natalie Wood (1938-1981), US actress, wearing a brown swimsuit, kneeling beside a small poodle, beside a swimming pool, circa 1970.&nbsp;
Silver Screen Collection via Getty Images